Venmo announced today its plans to launch its first-ever credit card. The card is being issued in partnership with Synchrony, already the issuer behind Venmo parent company PayPal’s Extras Mastercard and Cashback Mastercard. The move is meant to help Venmo, a still unprofitable arm of PayPal’s larger business, generate more revenue.

PayPal’s plans in this space were reported in April of this year by The WSJ, which said the company had been taking meetings with various banks since late 2018 to discuss a Venmo-branded credit card. The report said PayPal was then close to selecting Synchrony as its issuer and would likely announce the card sometime later in 2019, as it now has.

Synchrony is known for powering a number of store cards, including those from Amazon, eBay, JCPenney, TJX, Stein Mart, American Eagle, Gap, Old Navy, Rooms to Go, Lowe’s and many others — around 100 cards, in total. The company says it has financed more than $140 billion in sales and has 80.3 million active accounts.

While this is Venmo’s first credit card, it’s not its first physical card.

The company also offers a Mastercard-branded debit card, launched in July 2018, which lets users tap into their Venmo account balance out in the real world, where you can’t pay digitally.

This launch allowed Venmo to generate revenue from interchange fees, in addition to its investments made with customer balances, as is typical in this space.

Venmo had also looked to better monetize its sizable user base of 40 million+ with other small fees — like the 1% fee to move Venmo balances instantly to a user’s bank account, for example. But Venmo has yet to turn a profit, despite its widespread adoption.

Once the new card is available, Venmo credit cardholders will be able to both apply for the card in the Venmo app and then manage their account from there, if approved. They’ll also receive real-time alerts, and will be able to split purchases using the card. 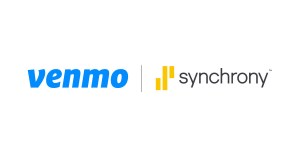 “For 15 years, Synchrony has been a strategic partner in offering credit cards that enable greater purchasing power and rewards for PayPal consumers,” said Dan Schulman, CEO, PayPal, in a statement. “We are pleased to deepen our relationship with Synchrony to bring groundbreaking new credit experiences to the Venmo community through a desirable credit card and a seamless in-app experience,” he said.

The launch follows the much-anticipated launch of Apple Card as well as a larger shift in how younger consumers are using payment cards and banking services. They’re often opting to forgo traditional brick-and-mortar banks to instead use modern banking apps, where the focus is on providing mobile-friendly tools and reduced fees.

If Venmo further moves into this space, it will have competition from the likes of Varo, Simple, Chime, Current, Cleo, N26, Step, Stash and others.

The new co-branded credit card will be launched to U.S. Venmo users in the second half of 2020, the company says. More details about the card, including other perks it may offer, will be available later.