Ask anyone in the space business and they’ll tell you that orbital debris is a serious problem that will only get worse, but dealing with it is as much an opportunity as it is a problem. LeoLabs is building a global network of radar arrays that can track smaller debris than we can today, and with better precision — and the first of its new installations is about to start operations in New Zealand.

There are some 12,000 known debris objects in low Earth orbit, many of which are tracked by the U.S. Air Force and partners. But they only track debris down to 10 centimeters across — meaning in reality there may be hundreds of thousands of objects up there, just as potentially destructive to a satellite but totally unknown.

“Everyone’s flying blind and no one’s really talking about it,” said LeoLabs CEO Dan Ceperley. But his company hopes to change that with a set of advanced radars dedicated to the purpose, for which the company raised $13 million last year.

“We’re extremely excited to show this New Zealand radar, because it’s the first instance of our next generation technology. We launched the company on the strength of this radar,” Ceperley said.

The installation uses what’s called a phased array radar, very different from the traditional big dishes one generally thinks of. The beam is electronically steered, letting it change targets in milliseconds or sweep the sky faster than any physically controlled dish could. 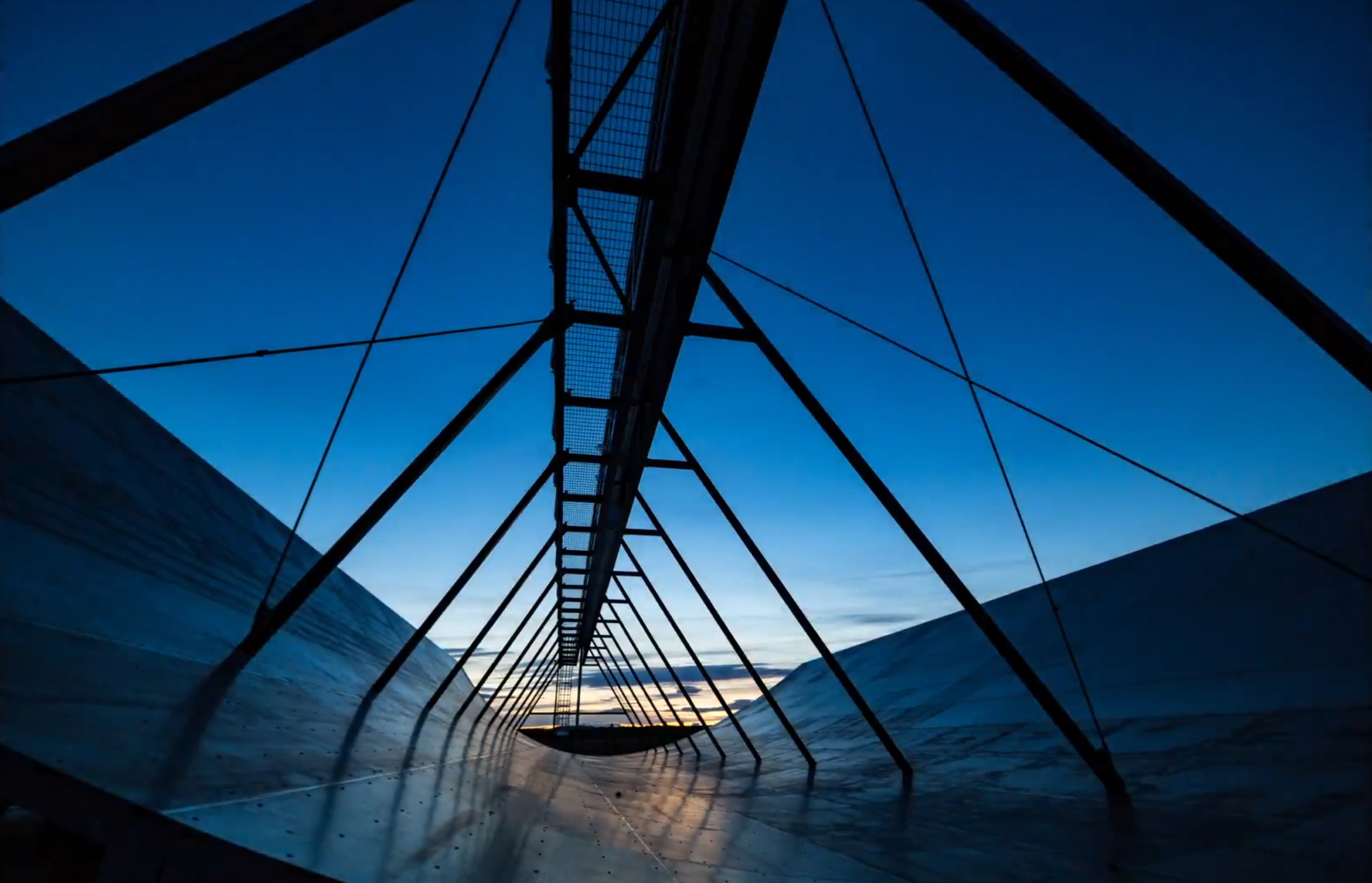 The phased array radar has no moving parts, the beam is steered from many identical small antennas electronically.

Not only that, but it can detect and track objects down to 2 centimeters across. They’re small, yes, but moving at thousands of miles per hour. Something the size of an M&M still hits hard enough to take out a satellite at that speed.

The ability to see objects of that size in orbit could increase the number tracked to a quarter of a million, Ceperley estimated. And with other radars able to track about a thousand objects per hour, they couldn’t possibly do the job even if they could draw a bead on them.

“A lot of these new satellites maneuver pretty frequently — so you want to be able to track them closely,” he said. “But if you have one radar, you can measure its orbit at one point, maybe every day or two, and of course on the far side of the Earth your coverage isn’t any good. With our radar network you’ll be able to check 10 times a day.”

The increasingly common phenomenon of shared-ride launches with dozens of satellites on board presents a new opportunity. Ground-based radars just aren’t designed to track 40 or 50 new objects in the sky all scooting off in different directions from the same spot. You might wait a week or more to be be able to ground-truth your satellite’s telemetry. Leo’s quick-acquisition, high-precision arrays are designed with this in mind, meaning trajectories and orbits can be verified in hours instead of days. That can be the difference between saving and losing a multimillion-dollar investment.

The biggest player in this market is the U.S. Air Force, which has been the main tracking provider for years. But it relies on a hodgepodge of Cold War and newer tech, and because it’s military it’s limited in the type of information it can provide. Powerful radars are out there, but they’re often restricted by government contracts and cost hundreds of millions or more. And there are no good tracking stations in the Southern hemisphere. LeoLabs aims to pick up where the competition leaves off.

“We’re happy to announce that construction is complete on the New Zealand radar and we’re getting data out of it,” Ceperley said.

This first array will soon (after some testing but before the end of the year) join another in Texas and soon others around the world in producing data for LeoLabs’ SaaS platform — yes, it’s orbital debris tracking as a service, with a web portal and everything.

“All that intel goes into the second part of the company, a bunch of software in the cloud where the data gets analyzed,” Ceperley said. “We look for risky situations like satellites starting to tumble, potential collisions, etc. We send out alerts through a RESTful API, we have a dashboard with 3D visualizations, tables and maps, all that stuff. In the past there were no SaaS services for tracking satellites in flight. Governments can spend a decade and a billion dollars building a radar, but these new space companies can’t — so we thought that was a huge opportunity for us.”

You can see a visualization of what it all looks like here — obviously it’s not to scale, but space is getting crowded, isn’t it?

Already they have plenty of supporters and subscribers: Planet, Digital Globe, Black Sky and the Air Force Research Lab are all sold. Swarm Technologies, whose satellites are so small that existing radar solutions barely cut it, was a natural customer. In fact Swarm founder Sara Spangelo just recently emphasized the importance of tracking space debris in a panel I moderated at Disrupt SF.

The company was spun out of SRI in 2016, its founding team experienced in building radars and doing debris tracking, and apparently just in time. The orbital economy is heating up and the infrastructure to support it is starting to creak.