If you want to set your movie or game on the Moon, it’s not hard to find imagery of our photogenic satellite. But NASA has just released a useful and beautiful new set of data just for creators that includes not just imagery but depth data, making it simple to build an incredibly detailed 3D map of the Moon.

The CGI Moon Kit comes from NASA’s Goddard Space Flight Center, where science visualization expert Ernie Wright found that data he had assembled for other purposes was proving popular with 3D artists.

The data came from two instruments on the Lunar Reconnaissance Orbiter (LRO), a spacecraft that has been in orbit around the Moon for more than a decade, snapping pictures and taking measurements the whole time. 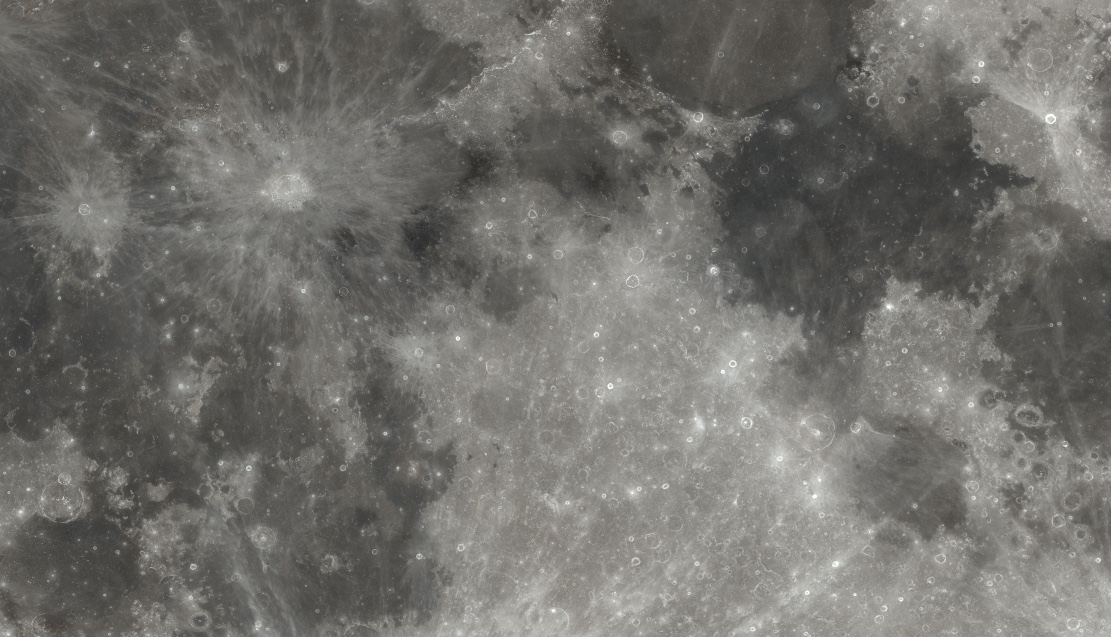 A close-up of some of the lunar imagery — not nearly as high-resolution as it gets, though

On board the LRO is a high-quality “traditional” camera (really a sophisticated multispectral imager), which it has been using to build an amazingly high-quality map of the lunar surface. It can only capture a small portion at a time, but it does so constantly and as its orbit has shifted, it has captured pretty much the entire visible area of the Moon, though some shadowy regions can’t be imaged, even after passing over them thousands of times.

Great photographs are only one part of a map, though. If you really want to recreate the surface of the Moon you need information on the topology of its surface as well. And that’s what the LRO’s laser altimeter has been collecting.

The laser altimeter works like any typical orbital laser ranger you have around the house. It sends a pulsed laser toward the surface and tracks both how long it takes to come back and how strong it is. These tell the device how far away the surface is (and therefore its altitude), down to half a meter, and what that surface is like, for instance a hard, rocky structure or soft, powdered regolith.

That data is assembled into what’s called a displacement map, sort of like a topographic map where instead of the height actually changing, the color does. There are a couple of varieties of this map, but the basic use case is the same: You overlay the displacement map on the photographic map, then wrap it all around a sphere — and you’ve got a virtual topographic globe.

Here’s a slower version of the GIF you see above.

This would be really interesting to explore in first person in a game where you build a lunar colony, or maybe have dogfights in spacecraft above a realistic lunar surface. Or maybe an artist could use it to create a model of the Moon like this one.

The CGI Moon Kit is free to download and all the assets are available with a few options that 3D artists will probably understand. You can learn more about it and get it here.