The market was receptive to meat replacement products, as the Beyond Meat public offering recently indicated. But rival meat alternative maker Impossible Foods doesn’t see an IPO on its near-term roadmap, according to its founder and CEO, Patrick Brown.

Speaking to the audience at TechCrunch Disrupt SF 2019 on Wednesday, Brown said the company has its hands full growing its business, and going public isn’t something it wants to do anytime soon.

Asked onstage how Impossible Foods will get the money to achieve its goals as a company, and if that meant an IPO was coming soon, the exec agreed that, yes, Impossible Foods does have hugely ambitious goals that require a lot of resources. But it’s not going to the public markets to acquire them, at this point. 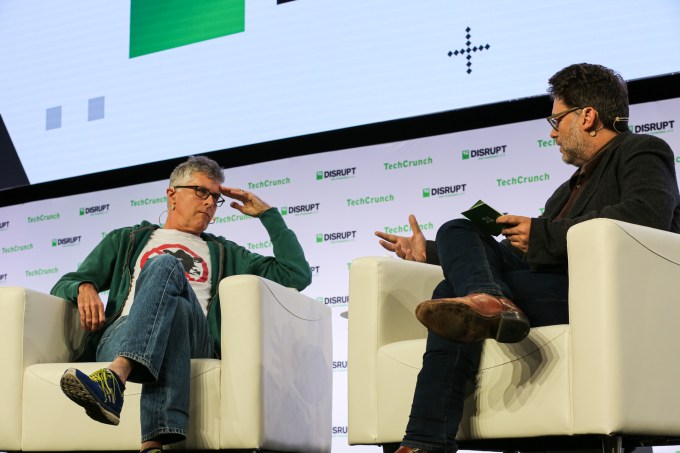 “We’ll have to get those resources either from investors, or from getting our profit margins to the point where we can scale at the velocity that we want to scale with the profit we make from our business,” said Brown. “It’ll be a while before we’re at that point. So we’ll definitely have to raise more money, I would say we are not looking in the near-term future toward an IPO,” he continued.

“As anyone here probably knows, there’s a lot of complications that come with that. We have our hands full, growing our business, doing our core job. And we have great investors, and we have a lot of private investors who are willing to bet on us and so forth,” Brown pointed out.

“So at this point, it’s not, it’s not something that we need, and, and we can just take our time about it, basically,” he said.

The exec also laid out some of the company’s longer-term plans for how he sees the product line growing. 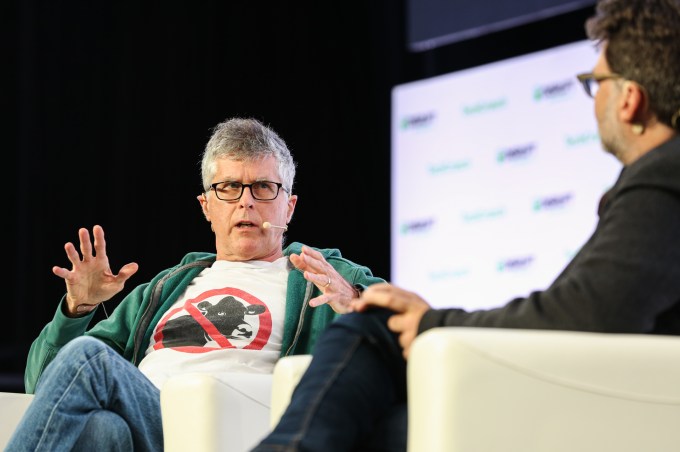 Impossible Foods chose to focus on beef as its initial product because beef production, by far, has the most destructive impact on the environment. However, the company says its future is in R&D — a team that has 120 people today, which Brown says he plans to double.

Impossible Foods had already made steak prototypes, but isn’t near scaling in that area, the CEO said. The interviewer, TechCrunch editor Johnathan Shieber, also noted he had tried some of the fried chicken products the company had in the works.

This will present a variety of technology, food science, chemistry and material sciences challenges to address factors like flavor, texture, juiciness and more.

It may also require the company to address the health concerns some have with the meat alternatives, which tend to have higher sodium levels. (Lowering the burger’s sodium is something the company is working on in the next version, we’re told.) 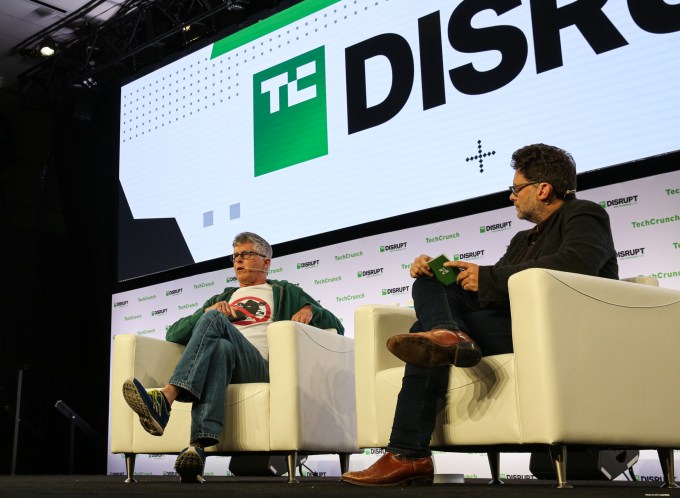 Brown also briefly touched on the nature of Impossible Foods’ existing business partnerships, such as the recent one with Burger King, which sells an Impossible Whopper, as well as others like White Castle and Fatburger.

Those chains sell burgers at low price points, which raises questions about how much money Impossible Foods is making from those deals.

“I can’t give you the exact data because it’s confidential information. I mean, I would, but my CFO would kill me,” joked Brown.

“But I can say that basically our product is being sold in lots of mass market places — Burger King, White Castle, Fatburger — tons of these burger chains that sell their burgers at a price that’s affordable to mainstream consumers. It’s great for their business; it’s usually profitable for them. And we’re not losing money on those sales, either. So you can draw your own conclusions,” he added.

The BK deal also was non-exclusive, Brown said, which means the company could continue to work with other fast food businesses, like McDonald’s.

In fact, the CEO believes places like that will eventually come knocking on his door, not the other way around.

“We’re not trying to outperform veggie burgers, we’re trying to outperform the cow. And if we focus on that, and produce the most delicious, healthiest, affordable ground beef on the market, I don’t think we’re going to have to beg McDonald’s or anyone else to put it on their menu,” he said.