YouTube Music is preparing to better challenge Spotify and others with the launch of three new personalized playlists — Discover Mix, New Release Mix and Your Mix — said YouTube Chief Product Officer Neal Mohan in an onstage interview this morning at TechCrunch Disrupt SF 2019.

Discover Mix, YouTube Music’s version of Spotify’s Discover Weekly, had already been spotted in the wild back in September. But it wasn’t yet broadly available. The other two hadn’t yet launched.

“Our YouTube Music app has been out now for a couple of years, we’ve launched the YouTube Premium service and the app and now 71 different countries,” noted Mohan. “And as we’ve rolled it out, we’ve gotten lots of feedback from our users about what they’d love to see,” he continued. “And one of the things that they tell us repeatedly is, they love the fact that, through a combination of things like machine learning and human beings that are music lovers, we put all this great music in front of our users in the YouTube Music app,” he said. 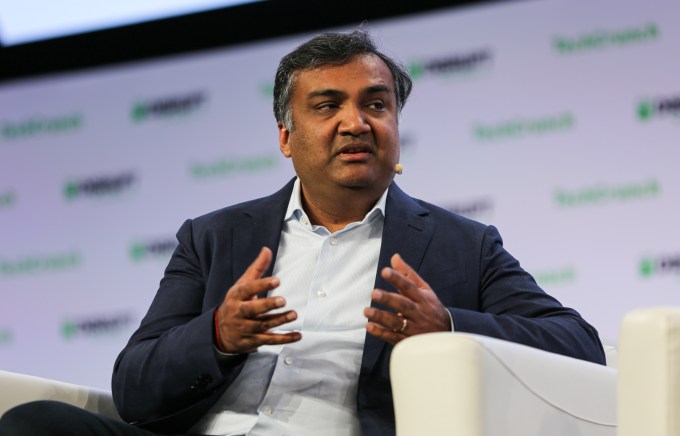 The playlist takes advantage of your historical listening data on YouTube Music and on YouTube, he said.

New Release Mix, meanwhile, is YouTube Music’s version of Spotify’s Your Release Radar, and features the most recent release from your favorite artists.

Finally, Your Mix is a playlist that combines the music you love with songs you haven’t heard yet but will probably like, based on your listening habits.

The mixes will be updated weekly, and will be made available to all users worldwide, where they’ll be found on the “Mixed for You” shelf on the home screen, or by searching in the app.

All three will launch sometime later this month, but YouTube doesn’t have an exact date.

The additions arrive at a time when Google is preparing to transition its Google Play Music users over to YouTube Music, which makes it a much bigger threat to existing music streaming services, including Spotify, Apple Music, Amazon Music, Pandora and others.

While YouTube Music hasn’t yet replaced Play Music entirely or shut down the older app, it did just make YouTube Music the default music app that ships with new Android devices, instead of Google Play Music.