Earlier this summer, Microsoft introduced an extra layer of security to its Dropbox competitor, OneDrive. The security features, called OneDrive Personal Vault, allow users to protect their files with two-step verification, like a fingerprint or facial recognition, PIN code or a one-time code sent through email, SMS or Microsoft Authenticator. At the time of launch, however, the feature was only available to select markets. Today, it’s rolling out worldwide and introducing new features, including expandable storage.

The company said OneDrive Personal Vault would initially be available to Australia, New Zealand and Canada, but would reach all OneDrive users by the end of the year.

With today’s expansion, it’s a little ahead of schedule, as it’s just now the end of September.

Personal Vault is available to all OneDrive users, with some limitations.

For those using OneDrive’s free or standalone 100GB storage plan, you’re able to store up to three files in Personal Vault. Office 365 subscribers can store as many files as they want, up to their storage limits.

Stronger authentication is the key selling point for Personal Vault, but it also comes with additional security measures. This includes “Scan and Shoot,” which lets you scan documents or shoot photos directly to Personal Vault, bypassing your device storage, like the camera roll. Personal Vault will also automatically lock files after a period of inactivity, restrict sharing on the files saved to prevent accidental shares and automatically sync files to a BitLocker-encrypted area of the hard drive on Windows 10 PCs. 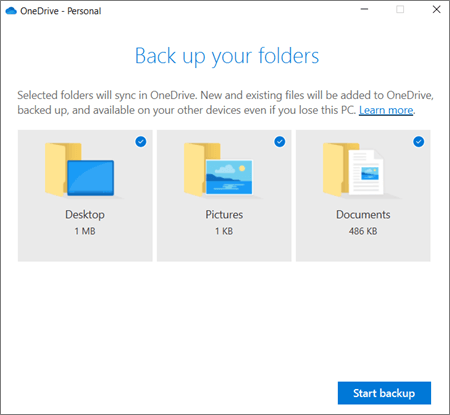 In addition to the global launch of Personal Vault, Microsoft also today introduced new storage options for One Drive, plus new features like PC Folder backup and dark mode.

Starting today, OneDrive users will now be able to add storage to their plans in 200GB increments, starting at $1.99 per month.

Meanwhile, PC Folder backup will allow OneDrive to back up your desktop, documents and picture folders from your Windows PC to the cloud, similar to rival desktop apps from Dropbox and Google Drive, for example. This option is available to Windows 7, 8 and 10 PCs. On Windows 10, it’s integrated so users can even opt to enable it during Windows setup or updates.

And OneDrive will now support a dark mode on iOS 13.

Personal Vault is live globally, as of today.