Personalization technology can lead to better experiences as it allows apps to customize their content for each individual user. But it can also chip away at user privacy. A company called Canopy wants to change that. It has developed a personalization engine that works without requiring users to log in or even provide an email. Instead, it uses a combination of on-device machine learning and differential privacy to offer a personalized experience to an app’s users. Now it’s demonstrating how this works with the launch of the news reader app, Tonic.

The new app is designed to be completely private, while also learning what you like over time, in order to offer a customized experience. But unlike other personalization engines, all the raw interaction and behavioral data stays on your own device. That means the company itself never see it, nor does any content provider or partner it works with, it says.

What we instead send over an encrypted connection to our server is a differentially private version of your personal interaction and behavior model. The local model of you that goes to Canopy never has a direct connection to the things you’ve interacted with, but instead represents an aggregate set of preferences of people like you. It’s a crucial difference for our approach: even in the worst case of the encryption failing, or our servers being hacked, no one could ever do anything with the private models because they do not represent any individual.

Another big differentiator is that Tonic puts you in control over your own personalization settings. This is not typical. If you’ve ever used an app powered by personalization technology, there’s probably been a point where you were recommended a song, video, or a news article, for example, that seemed to be entirely wrong and not representative of something you’d actually like. But you may have been at a loss as to why it was recommended, because most apps don’t detail this sort of information.

Tonic, on the other hand, lets you view, change and even reset your personalization settings whenever you want. 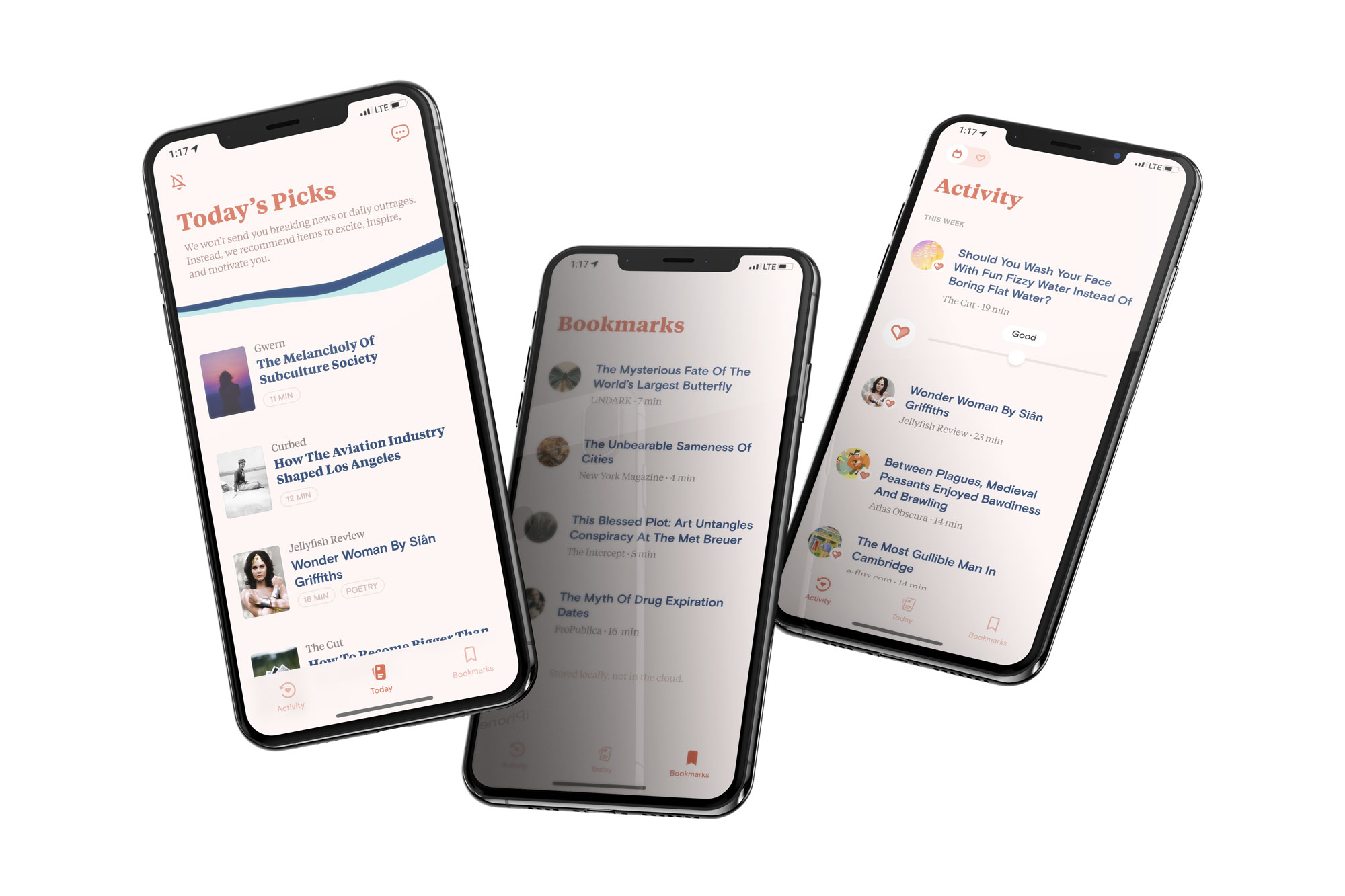 While Tonic is mainly meant to demonstrate of its engine in action — Canopy’s larger goal is to license the technology — the app itself has several other features that make it worth a look.

The company employs a human editorial team to help select the app’s news content, to ensure that it’s not offering a bunch of noise, like clickbait or “hate-reads.” It also avoids breaking news and “hot takes,” it says, as it’s not designed to be an app you use to track the latest news with urgency.

Instead, Tonic pulls from a diversity of sources with its core focus on bringing you a curated, personalized selection of daily reads to inform and inspire. And in the spirit of digital well-being, it’s a finite list of articles — not an endless news feed.

“We made Tonic because we were tired of having to give up our digital selves to get great recommendations, and because we wanted to build an alternative to endless feeds optimized for maximum engagement, breaking news, and outrage,” the company explains in its announcement of the app’s launch.

The technology’s arrival comes at a time when big tech is being investigated for carelessness with user data, and there’s increased attention on user privacy in general. Apple, for example, has made its respect for user privacy a key selling point for its hardware and software.

The New York-based startup was founded by Brian Whitman, formerly the founder of The Echo Nest and a former principal scientist at Spotify. The team also includes several ex-Spotify, Instagram, Google and New York Times execs. It’s seed-funded by Matrix Partners, and other investors from Spotify, WeWork, Splice, MIT Media Lab, Keybase, and more to the tune of $4.5 million dollars.