French startup Zyl has raised $1 million (€1 million) in a round led by OneRagtime. The company has developed an app that uses artificial intelligence to find the most interesting photos and videos in your photo library.

Now that smartphones have been around for a while, many people have thousands of unsorted photos on their iPhone or Android device. And chances are you don’t often scroll back to look at past vacations and important life events.

Zyl is well aware of that. That’s why the company does the heavy lifting for you. The app scans your photo library to find important memories and photos you may have forgotten. It has even registered patents for some of its algorithms.

But identifying photos and videos is just one thing. In order to turn that process into a fun, nostalgia-powered experience, the app sends you a notification every day to tell you that Zyl has identified a new memory — they call it a Zyl. When you tap on it, the app reveals that memory and you can share it with your friends and family.

You then have to wait another 24 hours to unlock another Zyl. That slow-paced approach is key as you spend more time looking at Zyls and sharing them with loved ones. 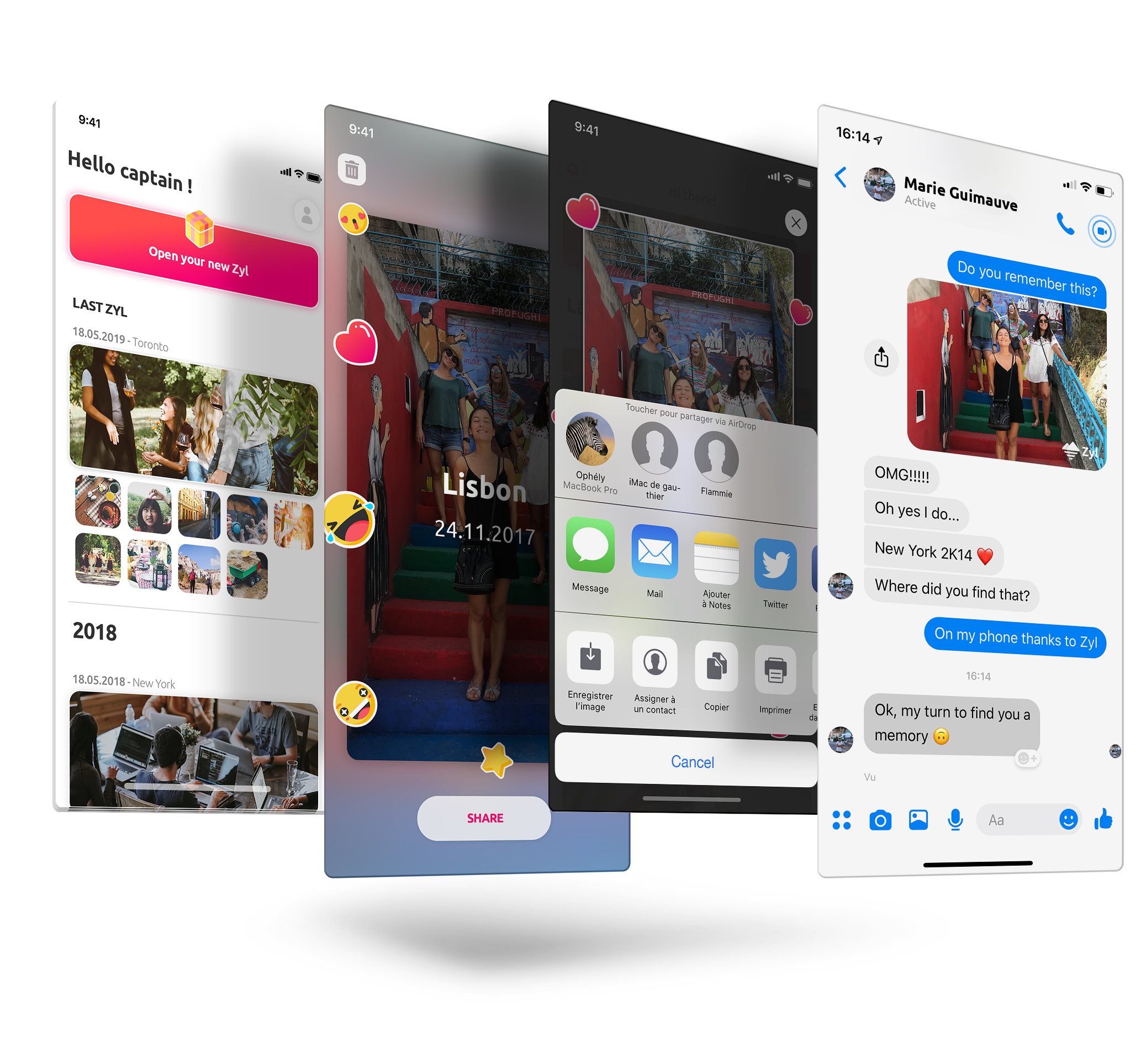 It’s also worth noting that Zyl processes your photo library on your iPhone or Android device directly. Photos aren’t sent to the company’s server.

Up next, Zyl plans to enrich your collection of Zyls with more photos and videos from your friends and family. You could imagine a way to seamlessly share photos of the same life event with your loved ones, even if they are currently spread out over multiple smartphones.

With today’s funding round, the company wants to improve the app and reach millions of users. Zyl already has impressive retention rates, with 38% of users opening the app regularly during five weeks or more.