“I’m so tired of talking about Kubernetes. I want to talk about something else,” joked Kubernetes co-founder and VP of R&D at VMware Craig McLuckie during a keynote interview at this week’s Cloud Foundry Summit in The Hague. “I feel like that 80s band that had like one hit song — Cherry Pie.”

He doesn’t quite mean it that way, of course (though it makes for a good headline, see above), but the underlying theme of the conversation he had with Cloud Foundry executive director Abby Kearns was that infrastructure should be boring and fade into the background, while enabling developers to do their best work.

What McLuckie wants to talk about is developer experience and with VMware’s intent to acquire Pivotal, it’s placing a strong bet on Cloud Foundry as one of the premiere development platforms for cloud native applications. For the longest time, the Cloud Foundry and Kubernetes ecosystem, which both share an organizational parent in the Linux Foundation, have been getting closer, but that move has accelerated in recent months as the Cloud Foundry ecosystem has finished work on some of its Kubernetes integrations.

McLuckie argues that the Cloud Native Computing Foundation, the home of Kubernetes and other cloud-native, open-source projects, was always meant to be a kind of open-ended organization that focuses on driving innovation. And that created a large set of technologies that vendors can choose from.

“But when you start to assemble that, I tend to think about you building up this cake which is your development stack, you discover that some of those layers of the cake, like Kubernetes, have a really good bake. They are done to perfection,” said McLuckie, who is clearly a fan of the Great British Baking show. “And other layers, you look at it and you think, wow, that could use a little more bake, it’s not quite ready yet. […] And we haven’t done a great job of pulling it all together and providing a recipe that delivers an entirely consumable experience for everyday developers.” 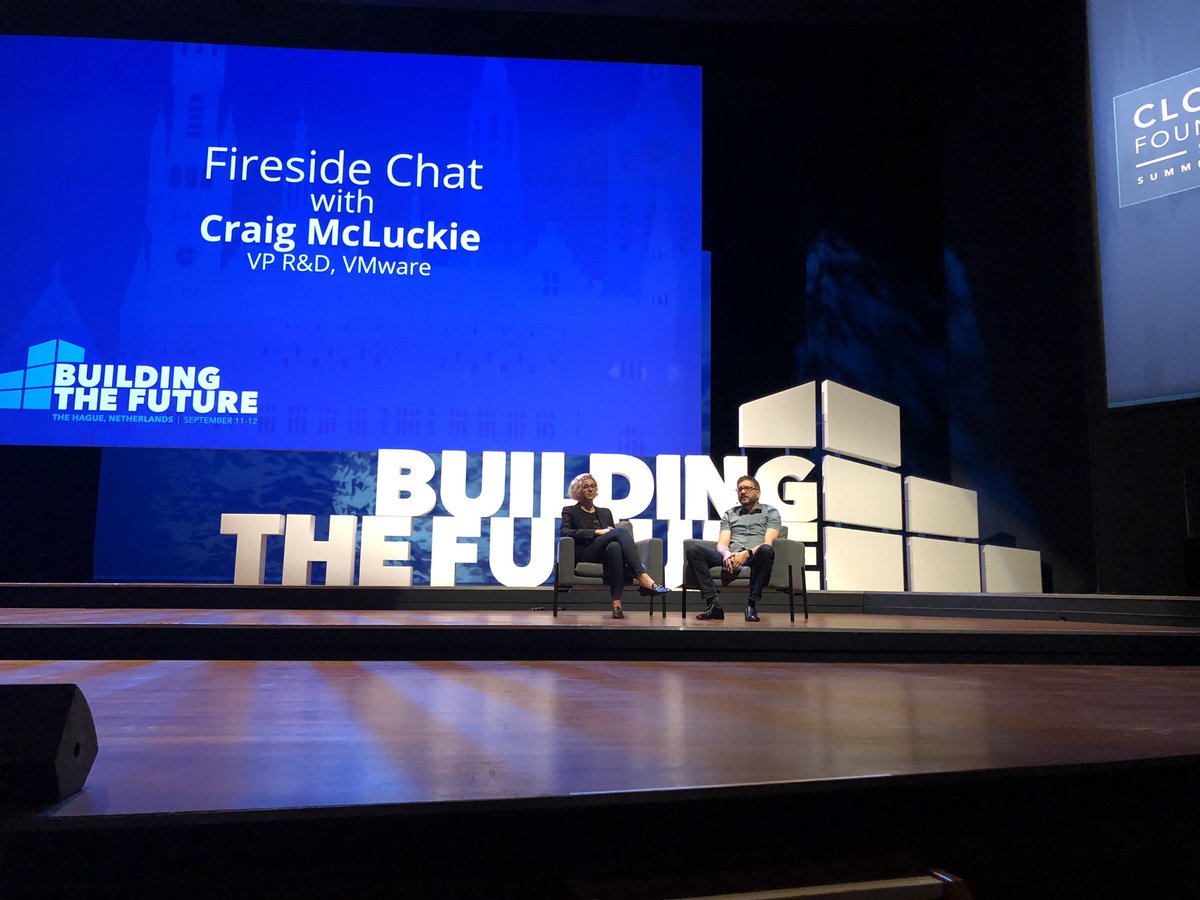 He argues that Cloud Foundry, on the other hand, has always focused on building that highly opinionated, consistent developer experience. “Bringing those two communities together, I think, is going to have incredibly powerful results for both communities as we start to bring these technologies together,” he said.

With the Pivotal acquisition still in the works, McLuckie didn’t really comment on what exactly this means for the path forward for Cloud Foundry and Kubernetes (which he still talked about with a lot of energy, despite being tired of it). But it’s clear that he’s looking to Cloud Foundry to enable that developer experience on top of Kubernetes that abstracts all of the infrastructure away for developers and makes deploying an application a matter of a single CLI command.