In my review of Assassin’s Creed: Odyssey, I was blown away by the authenticity and level of detail in the game world. The game itself — well, it was fine. But the highlight was ancient Greece in all its classical splendor, and a new educational Discovery Tour mode aims to teach the history of that society through a gaming lens.

The free update, available now to anyone who owns the game, adds dozens of historical “tours” guided by a NPC, in which you can learn about the cities of ancient Greece, the life and crafts of the people who lived there, what they believed and how they were governed, and of course the many famous battles of the era.

It’s an expanded version of a similar feature created for Assassin’s Creed: Origins, which was set in ancient Egypt. It seemed wasteful then, as in Odyssey, to create such a rich world and just have you stab your way through it. Obviously others at Ubisoft felt the same way, especially Discovery Mode director Maxime Durand, who says he envisioned a feature like this a decade ago. 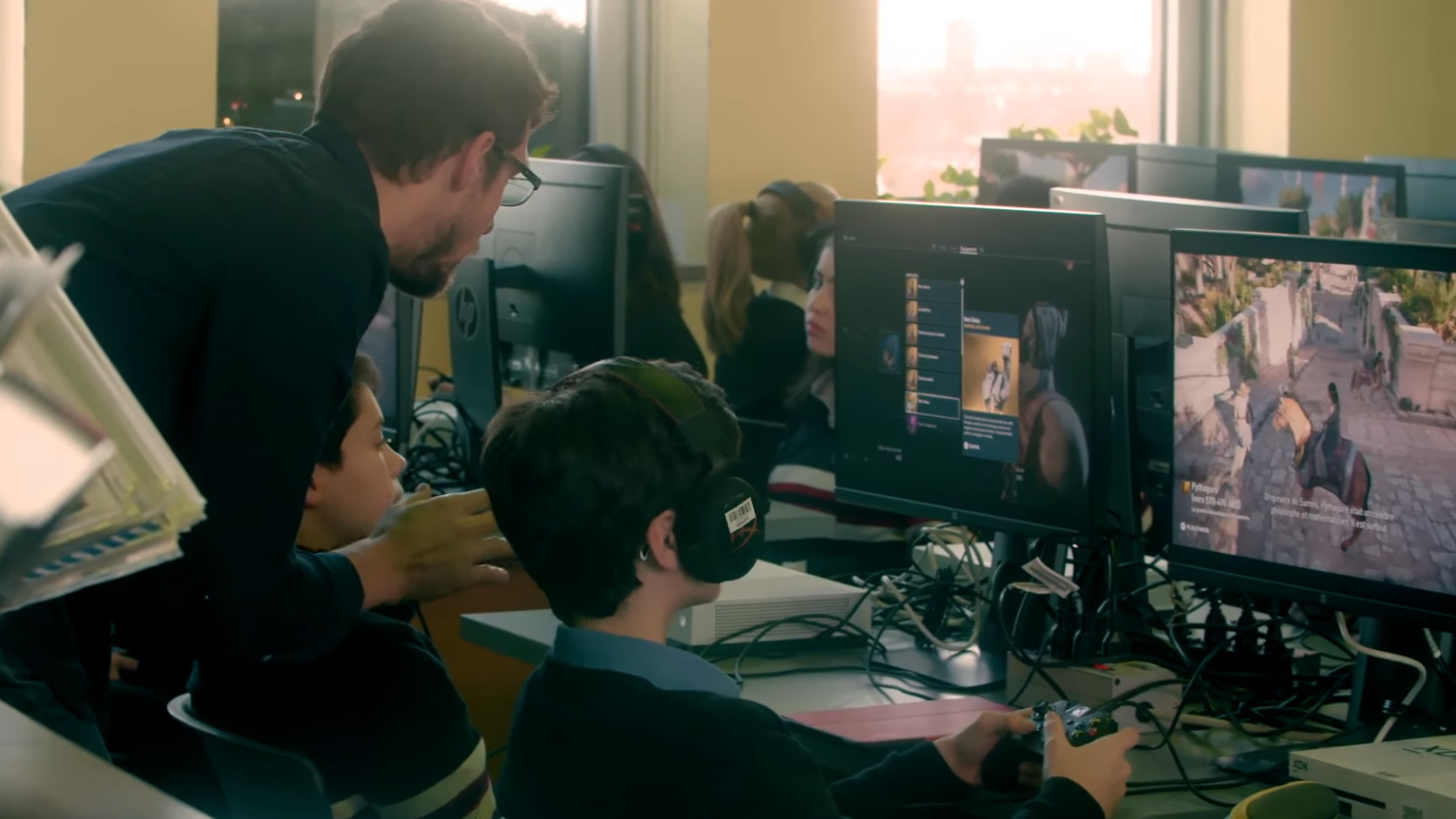 And how could you not with the Assassin’s Creed series? From the very first one players were immersed in a painstakingly recreated period of history that gave variously accurate but always compelling experiences of really living in that bygone era. All the work that went into making it convincing can easily — well, perhaps not easily, but directly — be applied to educating the player as well as thrilling them.

And quizzing them! The end of each guided tour will have an optional live quiz-type chat with the guide, which Ubisoft assures players will be fun and not for a grade. I’d probably skip it myself. But history teachers will probably make you do it for extra credit or something. 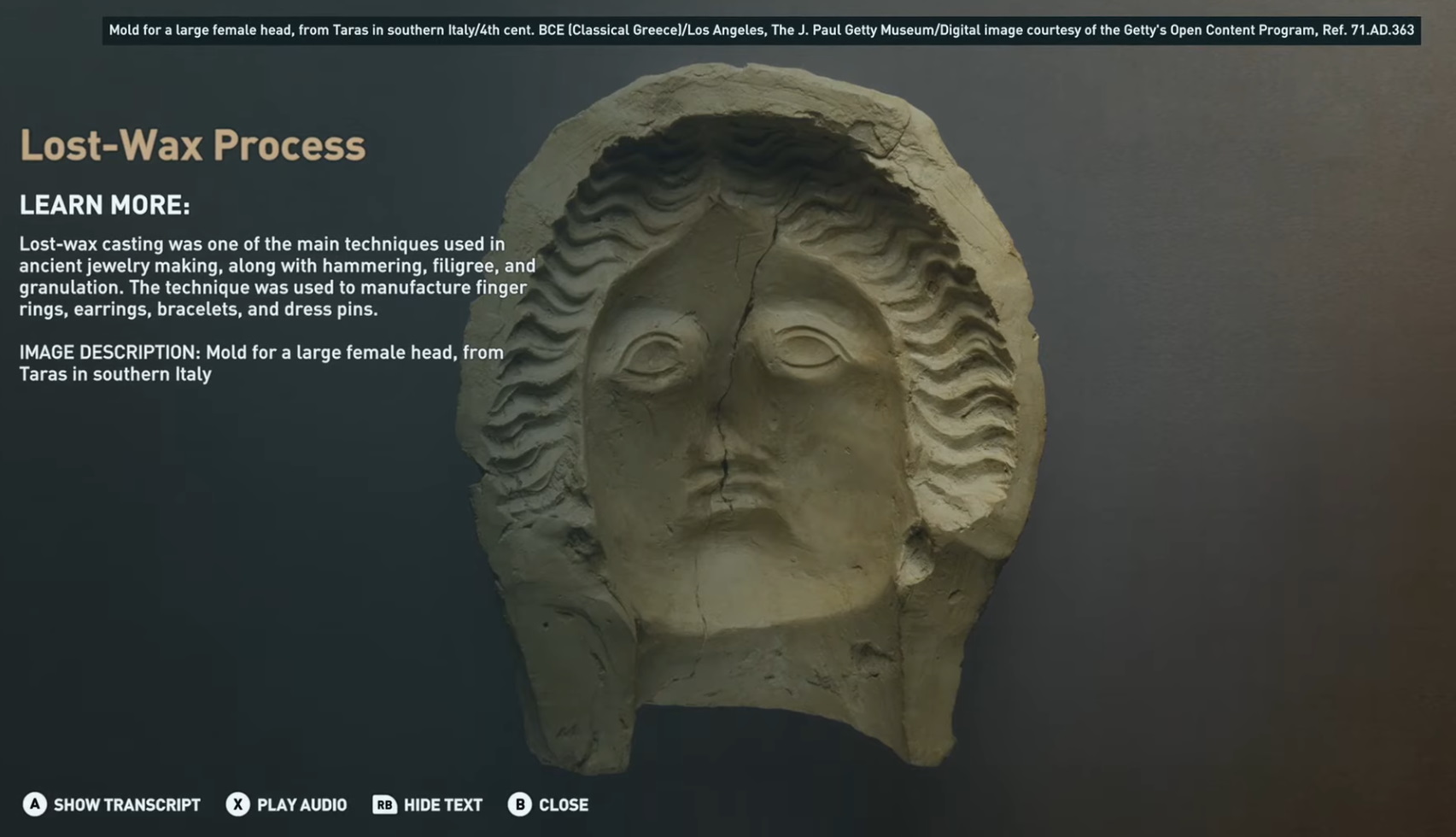 There are 30 discovery sites, each with its own tour and modern-day context, so for example an artist in-game may explain how they sculpt, but then you’ll also see a museum artifact showing the process in “real life.”

Here’s hoping the history lessons are a little less lenient on the topic of slavery than some of the quests were.

“I think learning is a lot about agency… as soon as someone tells you you have to learn about something, there’s some of the fun taken away from it,” said Ubisoft’s Alicia Fortier. “So if we look at learning as play and as exploring, we need to make sure players can focus on what’s interesting to them and then they’ll naturally get more curious.”

The Discovery Tour update is free for all players today. Go, learn something.