Apple is launching a new Research app for Apple Watch owners that will allow people to opt to privately contribute to health research by sharing the data collected from the smartwatch and its many sensors, as well as the Apple Health app. The news of the app was announced today at Apple’s iPhone press event, alongside a trio of new health studies and the next-generation Apple Watch, Series 5.

As an example of the sort of data users could contribute through the Apple Watch, the company detailed a few new studies with partners like the University of Michigan, the World Health Organization, Harvard School of Public Health, the NIH, the American Heart Association and the Brigham and Women’s Hospital.

The topics to be studied include the long-term effects of sounds on your hearing health; how menstrual cycles can inform the screenings for infertility and osteoporosis; and how activity and movement impacts overall health. 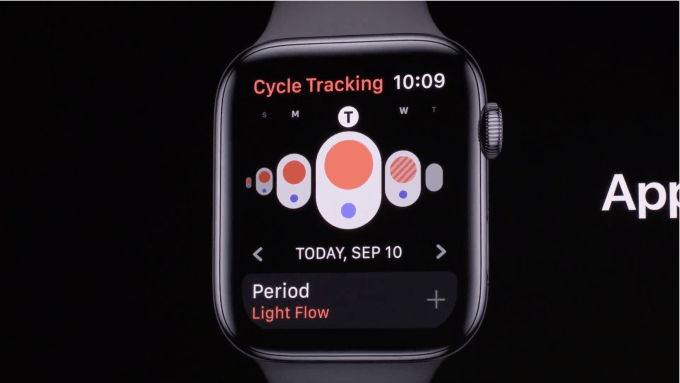 Before, people who wanted to opt into health studies through Apple’s partnerships would have installed a specialized app on their iOS device dedicated to that study alone. The new Research app will instead allow for a single portal for this sort of opt-in activity.

Apple also promised to respect users’ data privacy, saying that “you decide what data you want to share” with the studies, and that Apple cannot access any information that directly identifies you.

The Research app will launch in the U.S. later this year.