Vivaldi has long billed itself as a browser for advanced users who want to be able to customize their browser to their heart’s content. With that mission, it managed to get a foothold in the desktop market, but until now, the browser company co-founded by Opera’s former CEO Jon von Tetzchner didn’t have a presence on mobile. That’s changing today with the launch of Vivaldi for Android, which retains the browser’s look, feel and speed without getting bogged down in trying to bring all its myriad features to mobile.

For the most part, I like to use the same browser on desktop and mobile, simply to keep my bookmarks in sync (and Vivaldi says it doesn’t use Google’s servers to sync, in case you’re worried about being tracked). For the longest time, that was one of the reasons I always switched away from Vivaldi on the desktop, despite the fact that the browser is essentially made for a user like me. With the mobile version, I think that’ll change. 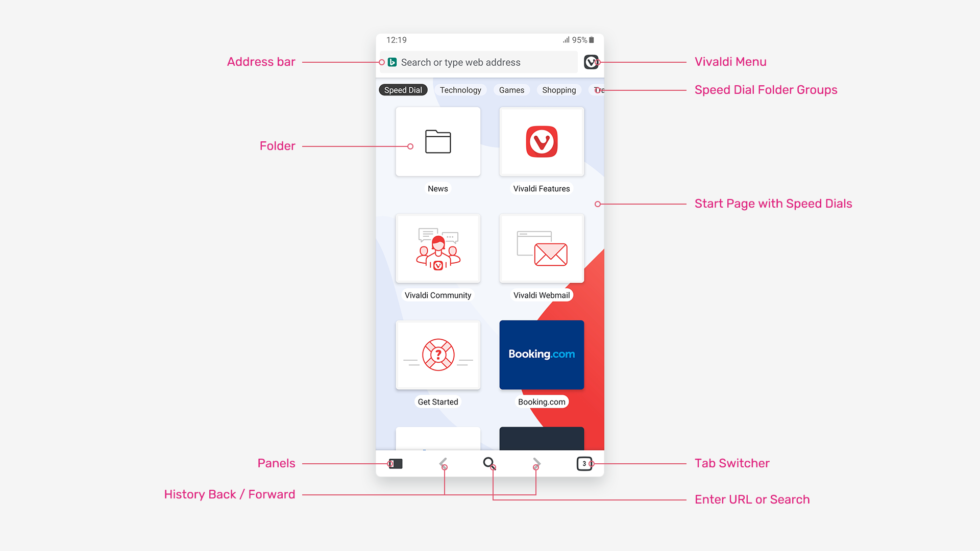 The overall browser experience is pretty straightforward. I appreciate the fact that the Vivaldi team put all of the standard UI features (backward, forward, tab switcher and URL/search) at the bottom. You can still use the address bar at the top of the screen and the menu, too, of course, but in this age of giant screens, I appreciate a browser that can be used with one hand for much of the time. 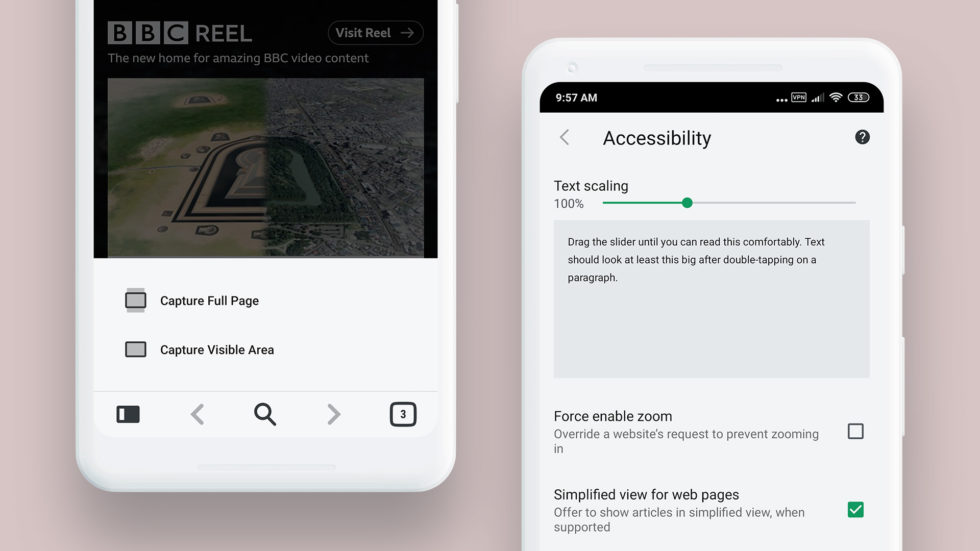 As far as features go, Vivaldi covers all the bases, with speed dials and bookmarks, some advanced tab management features that aren’t usually available on mobile, including the ability to clone tabs, and a screenshots feature that lets you capture either the full page or just the visible area. If you regularly use different search engines, you also can use Vivaldi’s shortcuts in the address bar (think ‘d’ for DuckDuckGo, for example). There’s also a reader view and pretty much everything else you expect from a modern mobile browser. 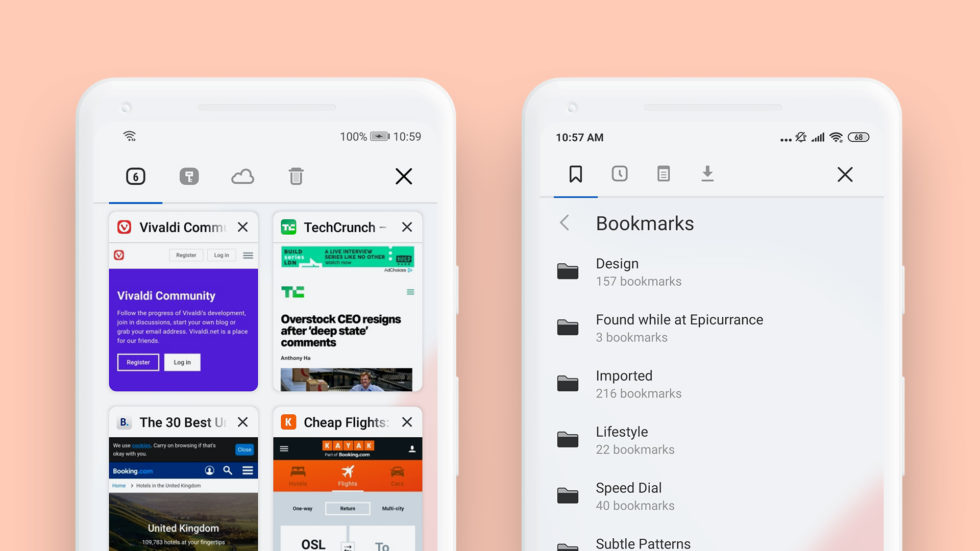 One area where I’d like to see a bit more work from Vivaldi in general, both on mobile and desktop, is tracking protection. That’s been a focus for Firefox in many of its recent releases and even Microsoft’s new Chrome-based Edge browser is offering the ability to block trackers by default. Vivaldi, at least in its current form, doesn’t yet provide any tracking protection by default. That’s not much of an issue on the desktop, where you can easily install an extension, but on mobile, I’d like the company to do a bit more.

Overall, Vivaldi on Android is a worthwhile contender. It’s fast and easy to use — and if you’re already using Vivaldi on the desktop, it’s a no-brainer. Even if you’re not, it’s still worth a shot and may just get you to try the desktop version, too. 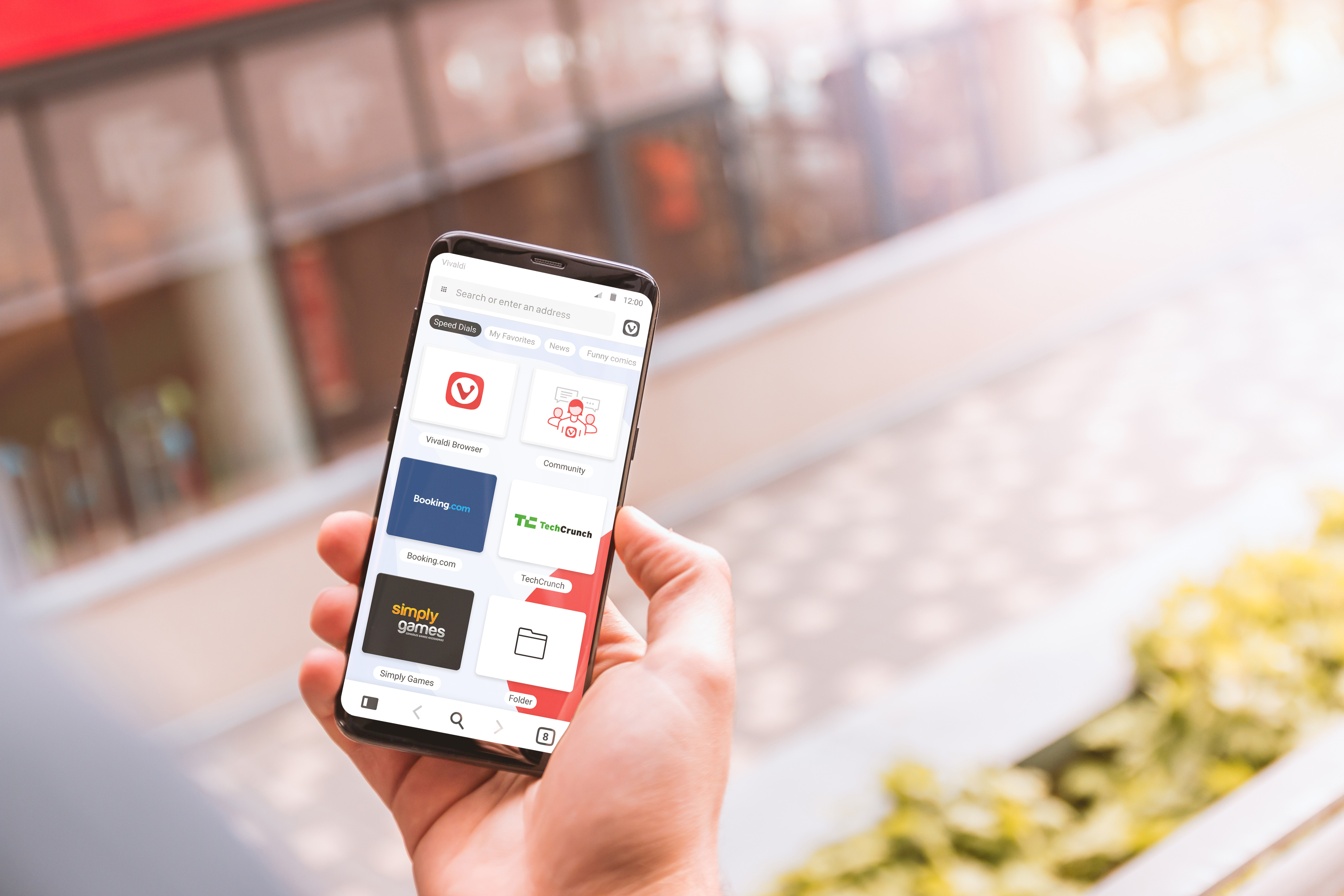