Challenger bank Chime has reached 5 million customers in the U.S. The San Francisco-based startup is creating an FDIC-insured mobile bank without any physical branch. The company also promises fewer fees.

Back in March, Chime said it had 3 million customers when it announced its $200 million Series D round. So that’s 2 million additional customers in roughly 5 months.

Chime says that it is the fastest growing challenger bank in the world. In other words, the company is throwing shade at European challenger banks, such as Monzo and N26, that have been doing really well too. N26 just entered the U.S. market.

The company is also rolling out a new feature that it has been testing for a while. Chime SpotMe is an alternative to bank overdrafts. It is specifically targeted at people who deposit their paycheck into their Chime account but also live paycheck to paycheck.

Chime users who receive payroll direct deposit of at least $500 per month can sign up to Chime SpotMe. After that, you can keep spending with your debit card even if your balance goes below $0. Your overdraft limit will depend on multiple factors, but some users will be able to overdraw their account by $100.

When you next paycheck arrives, your negative balance is paid back and you don’t pay any overdraft fee. The company says that you also can optionally leave a tip to help other Chime users make ends meet. 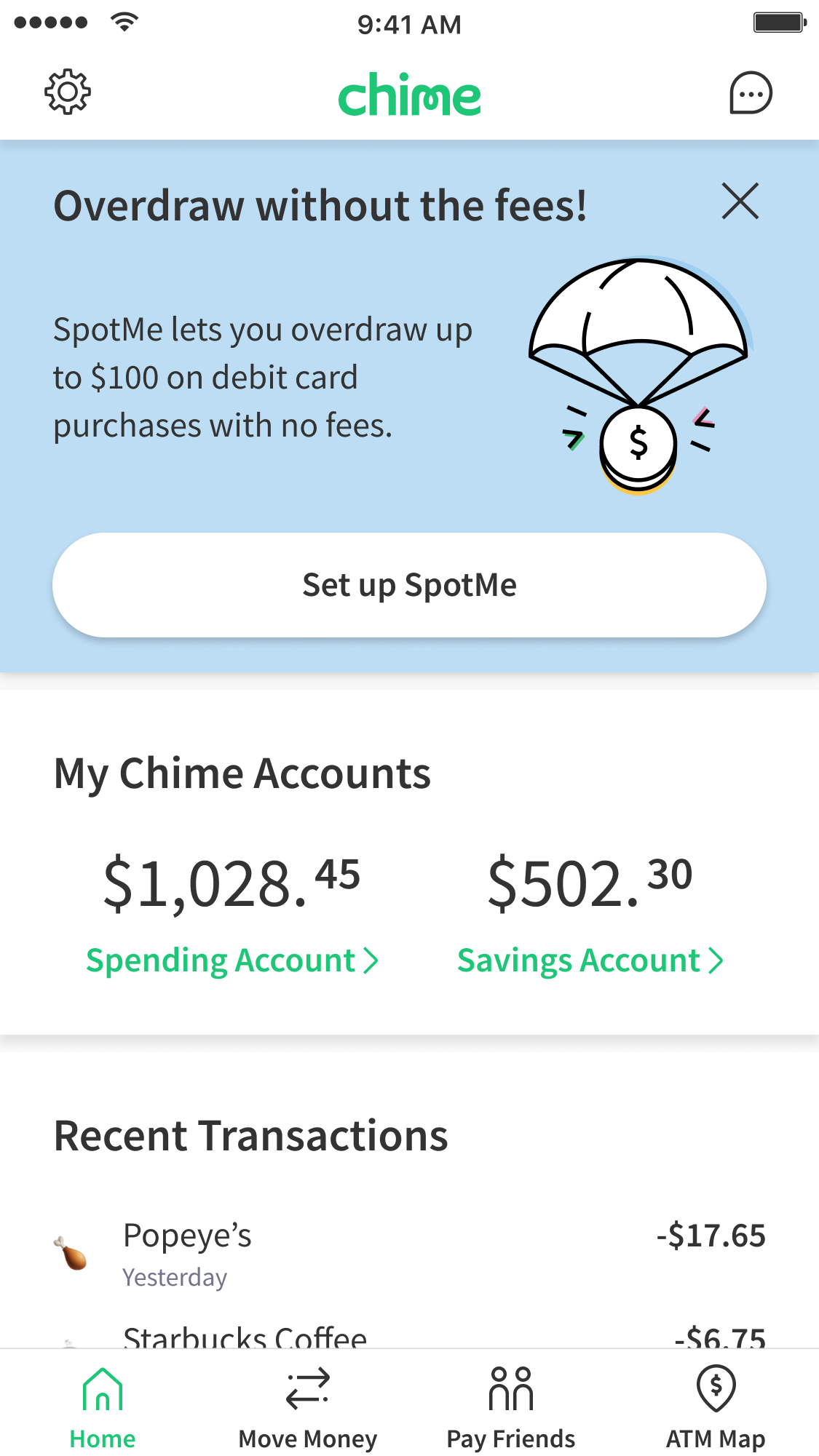