The announcement represents a significant expansion of Amazon’s Fire TV hardware line and integrations at a time when Roku has gained a lead over Amazon in the U.S., in terms of connected-TV market share, while Fire TV has been claiming the top spot in some European markets and an international lead over Roku.

The company today said its Fire TV devices now have more than 37 million monthly active users globally, which is ahead of the 30.5 million Roku reported in Q2. Both companies offer products that may be used by more than one person in a household, of course, but each household only gets counted as one user (or account) as long as they’ve streamed through the platform in the past month. It’s a relatively fair comparison, in other words.

Of the new devices, the new Fire TV Cube is one of the more interesting additions to the lineup as it represents the second generation, and a big upgrade, over the existing product. The device offers a hands-free Fire TV experience, and has become the testing ground for many Fire TV software enhancements before they roll out to the wider product lineup. 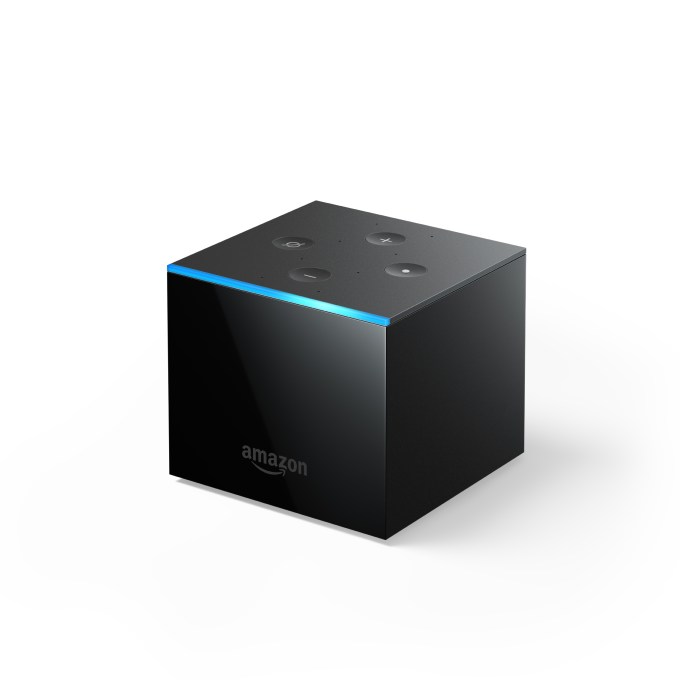 The updated Fire TV Cube now includes a faster, “hexa-core” processor that’s twice as powerful as the one that shipped in the first-generation device. It provides “instant access” to Dolby Vision and 4K Ultra HD content, Amazon claims, at up to 60 frames per second. The new Cube also includes on-device processing with Local Voice Control, which lets you more quickly execute some of your common voice commands like “Alexa, go home,” or “Alexa, scroll right,” for example. These commands will now execute up to 4 times faster, says Amazon.

The Fire TV Cube will also ship with far-field voice recognition capabilities with 8 microphones and technology that helps suppress noise, reverberation, content currently playing and even competing speech so Alexa better hears your voice commands even when the TV is on in a room full of people.

Customers will be able to control their compatible TV, soundbar, A/V receiver, cable or satellite box, as well as other smart home devices by way of the device’s support of multi-directional infrared technology, cloud-based protocols and HDMI CEC, combined with Alexa.

“Fire TV Cube was the first hands-free streaming media player powered by Alexa, and since launching last year we have gathered a wealth of feedback from customers about how they use voice in the living room,” said Marc Whitten, vice president of Amazon Fire TV, in a statement. “Over the past year, we have continued to expand and advance the Fire TV Cube experience based on this feedback with dozens of new features including Multi-Room Music, Follow-Up Mode, and Alexa Communications. These key learnings carried over and guided the development of the second-generation Fire TV Cube, and we are excited to introduce this new-and-improved experience to customers around the world,” he said. 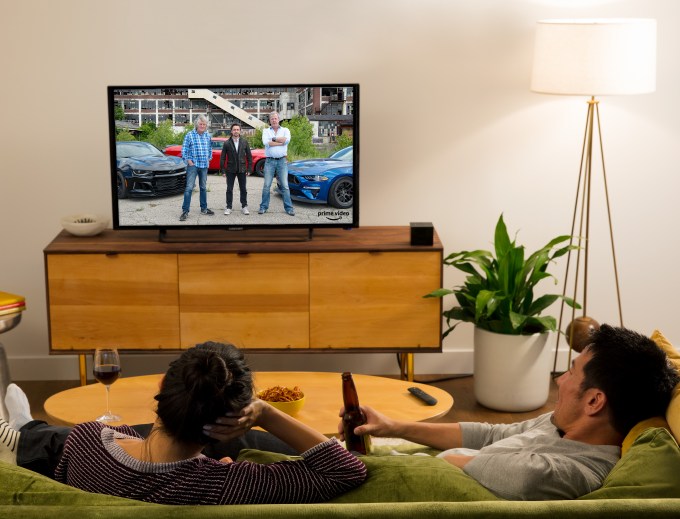 Amazon’s Fire TV Edition lineup is expanding, too. This is the licensed version of the Fire TV OS available to other manufacturers for use in their own products.

The company announced more than 15 new products from brands including Skyworth, Arcelik, TPV, Compal and others.

In partnership with Dixons Carphone, Amazon is teaming up to launch JVC – Fire TV Edition Smart 4K Ultra HD HDR LED TVs, which are the first Fire TV Edition products in the U.K. They’ll be sold by Currys PC World and online at Amazon.co.uk and are priced at £349 and up. 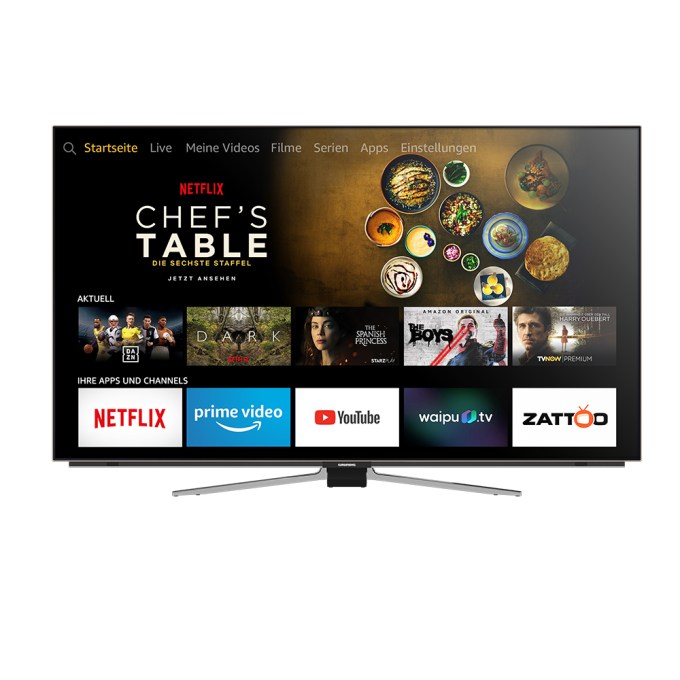 In the U.S., Amazon and Best Buy announced the first 65-inch Toshiba – Fire TV Edition smart TV with Dolby Vision, which will be available for customers in the United States next month for $599.

Finally, following Roku’s lead into home audio, Amazon also announced the first expansion of Fire TV Edition beyond the TV itself with the launch of the Nebula Soundbar from Anker. (Roku also today launched its own wireless soundbar).

The new device supports 4K Ultra HD, a unified smart TV user interface, near-field Alexa voice control, Dolby Vision pass-through and more. It also can be added to a multi-room speaker group through the Alexa app, and comes with a 90-day trial to Amazon Music Unlimited.

The expansion of Fire TV Edition-branded products is also meant to challenge Roku on the success of its Roku TV-branded television sets, which are similarly manufactured by partners but run the Roku OS.

In the U.S., Roku OS is the No. 1 licensed TV OS in the U.S. and now powers more than 1 in 3 smart TVs. Amazon today is clearly answering that challenge by focusing on the international markets with a suite of new partners for Fire TV Edition.