Duolingo is one of the most popular apps on the market for folks who want to learn languages. And now, the service is giving users a way to truly “carpe diem” by offering a course in Latin.

If you’re wondering why Duolingo is offering lessons for a language that hasn’t been commonly used since the 8th century, that’s totally fair. Here’s the scoop: Latin is the backbone for a variety of romance languages, as well as the language of origin for plenty of words across a number of languages, including English.

Studying Latin gives folks a way to study the infrastructure of a handful of other languages.

Moreover, there are plenty of historians, linguists and professors who wish to read in their original Latin form works like “The Aeneid” by Virgil or “Metamorphoses” by Ovid. 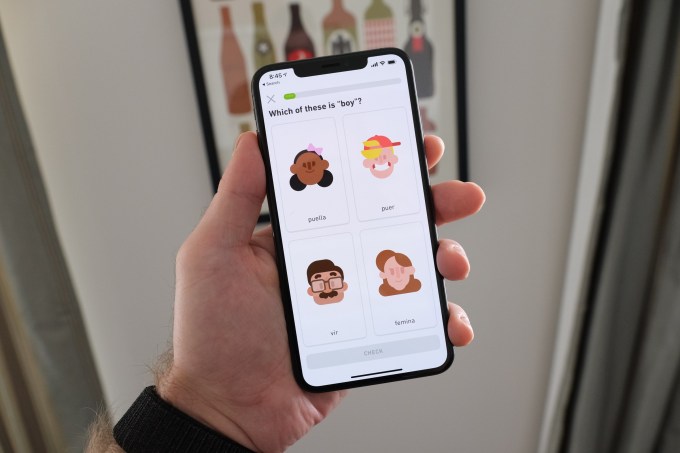 Duolingo uses mini-games to help users learn languages. Mini-courses reward users for finishing a course and take away “a life” (like a video game) when users make a mistake. The company hopes that the end result of a user finishing a course is that they’re able to read, write, speak and comprehend that language.

Moreover, Duolingo has troves of data around how people actually learn languages, and uses machine learning to tweak and improve its service based on that data.

Duolingo has raised more than $100 million across five rounds of funding since it launched in 2011, according to Crunchbase.