Zindi’s platform also coordinates a group of more than 4,000 data scientists based in Africa who can enroll to join a competition, submit their solution sets, move up a leader board and win the challenge — for a cash prize payout.

The highest purse so far has been $12,000, split across the top three data scientists in a competition, according to Zindi co-founder Celina Lee. Competition hosts receive the results, which they can use to create new products or integrate into their existing systems and platforms.

Zindi’s model has gained the attention of some big corporate names in and outside of Africa. Digital infrastructure company Liquid Telecom has hosted competitions.

This week, the startup announced a partnership with Microsoft to use cloud-based computing service Azure to power Zindi’s platform.

Microsoft will also host (and sport the prize money) for two competitions to find solutions in African agtech. In a challenge put forward by Ugandan IoT accelerator Wazihub, an open call is out for Zindi’s data scientist network to build a machine learning model to predict humidity.

In a $10,000 challenge for Cape Town-based startup FarmPin, Zindi’s leader board is tracking the best solutions for classifying fields by crop type in South Africa using satellite imagery and mobile phones.

There’s demand in Africa to rally data scientists to solve problems across the continent’s public and private sectors, according to Zindi CEO Celina Lee.

“African companies, startups, organizations and governments are in this phase right now of digitization and tech where they are generating huge amounts of data. There’s interest in leveraging things like machine learning and AI to capitalize on the asset of that data,” she told TechCrunch.

She also noted that “80% of Zindi’s competitions have some sort of social impact angle.”

Lee recognizes a skills gap and skills building component to Zindi as a platform. “Data science skills are relatively scarce still… and companies are looking for ways to access data science and AI solutions and talent,” she said.

“Then there’s this pool of young Africans coming out of universities working in data…looking for opportunities to build their professional profiles, hone their skills and connect to opportunities.”

Lee (who’s originally from San Francisco) co-founded Zindi with South African Megan Yates and Ghanaian Ekow Dukerand, who lead a team of six in the company’s Cape Town office. The startup hopes to get 10,000 data scientists across Africa on its platform by this year and 20,000 by next year, according to Lee. 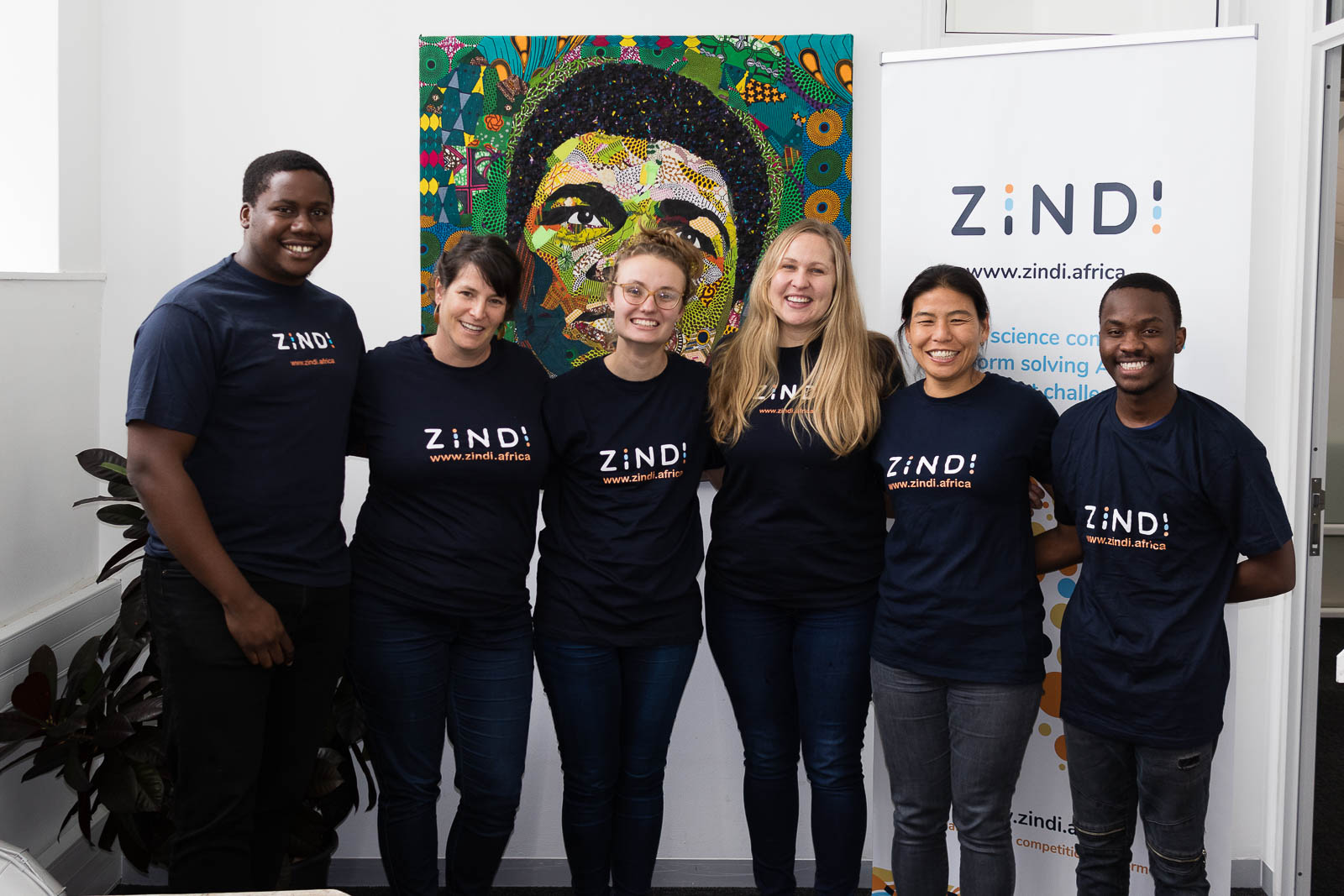 “The idea is to just keep growing and growing our presence in every country in Africa,” Lee said. Zindi could add some physical presence in additional African countries by the end of this year, Lee added, noting Zindi currently hosts data scientists and competitions online and on the cloud from any country in Africa.

Zindi received its first funds from an undisclosed strategic investor and is in the process of raising a round. The startup, which does not disclose revenues, generates income by taking a fee from hosting competitions.

Zindi is also looking to add a recruitment service to connect data scientists to broader opportunities as a future source of revenue, according to Lee.

As a startup, Zindi’s emerging model could see it enter several existing domains in African business and tech. When Zindi adds recruitment, it could offer a service similar to talent accelerator Andela of connecting skilled African techies to jobs at established firms.

CEO Lee acknowledges such, but makes a distinction between data scientists and Andela’s developer focus. “We’re honing more in on statistical modeling, AI, machine learning and predictive analytics,” she said. “I also think the developer market in Africa is much more mature and lot of developers want to move into data science.”

In addition to competing on tech recruitment, Zindi could also become a cheaper and faster alternative for African companies and governments to contracting big consulting firms, such as Accenture, IBM or Bain.

“I think we are a bit disruptive because we’re offering companies in Africa the best data scientists in the continent at their fingertips,” she said.

The startup could also provide data science solutions to many African organizations that don’t have the resources to pay big consulting firms — meaning Zindi could be on to a much larger addressable market.