Google today announced that its Titan Security Key kits are now available in Canada, France, Japan and the U.K. Until now, these keys, which come in a kit with a Bluetooth key and a standard USB-A dongle, were only available in the U.S.

The keys provide an extra layer of security on top of your regular login credentials. They provide a second authentication factor to keep your account safe and replace more low-tech two-factor authentication systems like authentication apps or SMS messages. When you use those methods, you still have to type the code into a form, after all. That’s all good and well until you end up on a well-designed phishing page. Then, somebody could easily intercept your code and quickly reuse it to breach your account — and getting a second factor over SMS isn’t exactly a great idea to begin with, but that’s a different story.

Authentication keys use a number of cryptographic techniques to ensure that you are on a legitimate site and aren’t being phished. All of this, of course, only works on sites that support hardware security keys, though that number continues to grow. 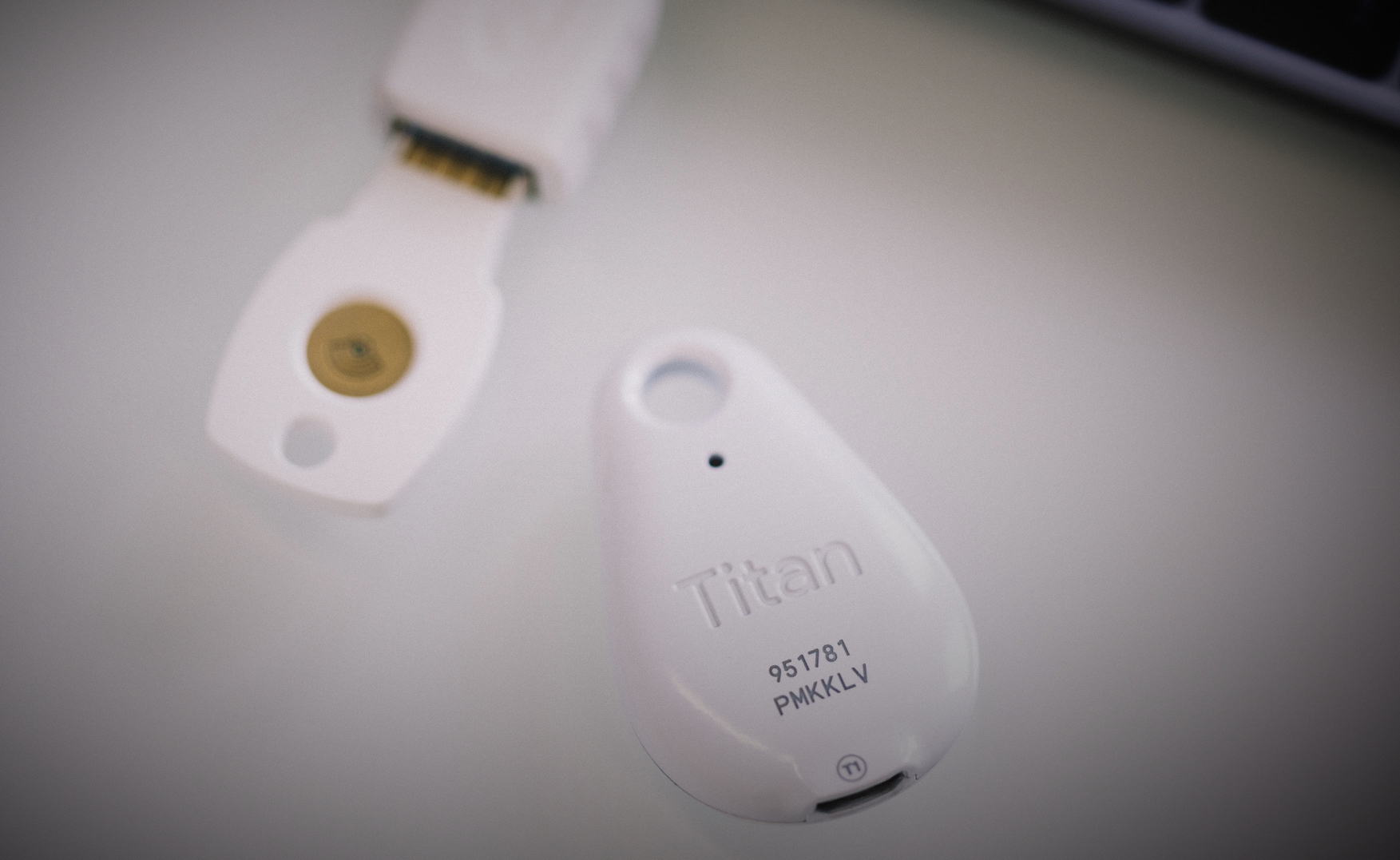 The launch of Google’s Titan keys came as a bit of a surprise, given that Google had long had a good relationship with Yubico and previously provided all of its employees with that company’s keys. The original batch of keys also featured a security bug in the Bluetooth key. That bug was hard to exploit, but nonetheless, Google offered free replacements to all Titan Key owners.

Cybersecurity 101: Two-factor authentication can save you from hackers