I would have had a review of the WF-1000XM3s up sooner, but they arrived while I was traveling. That was a bummer for two reasons. First and most obviously is the fact that I hate being late with a review. Second and more selfishly, I really wanted to try them out on those 16-hour flights I just took to Hong Kong and back.

It’s a use case for Sony’s new fully wireless earbuds. The company’s clearly got the Bose market firmly in its sights with a pair of premium buds sporting plentiful battery life and active noise cancelling.

As I noted in our preview a couple of weeks back, companies tend to go in one of two directions with these devices. There are the more active fitness products (see: Jaybirds and Powerbeats) and the general lifestyle ones (Airpods, et al.). It’s clear which market Sony is going after here — it’s exactly the same one it went after with its QuietComfort-besting over-ear headphones.

Beats’ Powerbeats Pro could beat AirPods at their own game

The XM3s (as we’ll refer to them from here on to save our poor “0” key) lack obvious fitness features like waterproofing and ear stabilizers for those who like to take their headphones for a run. If that last bit applies to you, these will do in a pinch, but you’ll want to look elsewhere for a running partner (Sony’s got the equally pithily named WF-SP700N for that).Those looking for a travel buddy, on the other hand, could do much worse. 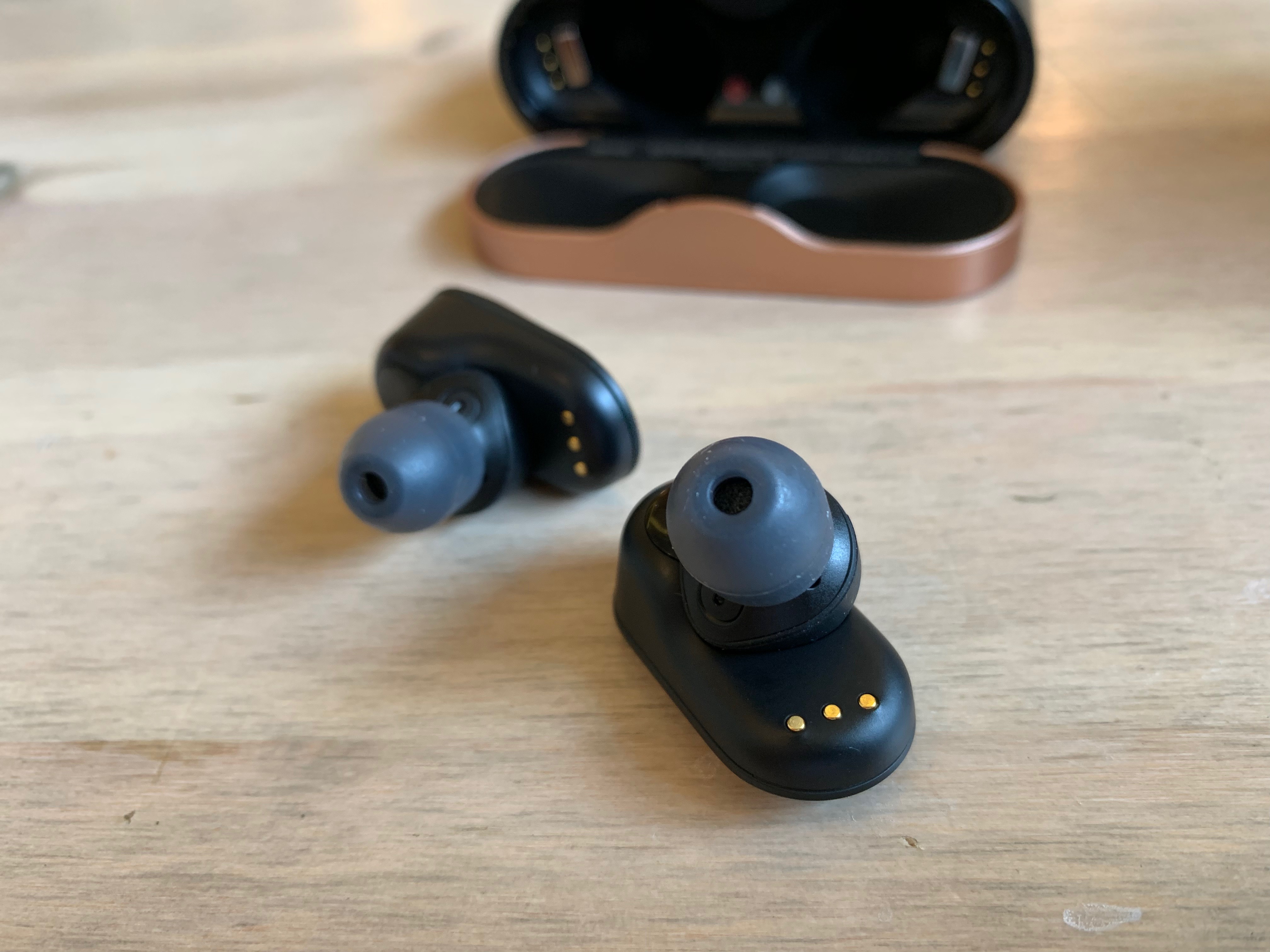 As Beats did with the Powerbeats Pro, Sony opted for battery life over portability with the XM3 case. Sony’s case isn’t quite as massive as Beats’, but it’s still probably too large for most pockets. The good news there, however, is that with a rated six hours of battery with active noise cancelling on (eight without), you should be fine leaving the case at home much of the time.

Add the charging case into the mix and that number comes out to a full day of music playback with ANC and 32 hours without. Using the USB-C port on the bottom should get you 90 minutes of playback with a 10-minute charge. There’s no wireless option for charging — much like AirPods, that’s got “gen two” written all over it.

The XM3s maintain a similar oblong design as the sportier 700N. They’re small and subtle in black or silver, unlike the attention-grabbing bright white AirPods. In fact, they look a bit like Bluetooth headsets. To get the right fit, insert them into the ear facing down and twist up 90 degrees. I admit that I left it facing down the first time I tried them on in a demo. Rookie mistake.

The earbuds ship with swappable silicone tips, though I found the default set to be a pretty good fit for my own ears. There’s no mechanism for keeping them in place, but they’re small enough that they shouldn’t move around much, even with some light jogging. Though, again, I’d caution against that, as Sony hasn’t offered up anything in the way of sweatproofing here.

Audio quality has come a long way since the earliest days of the Bluetooth earbud. I was impressed with what Sony was able to pack into such a small form factor. This latest generation of earbuds has made it clear that the smaller size no longer means having to compromise on sound. And indeed, the XM3s offer solid sound for a pair of Bluetooth buds, with a full and rich sound featuring a good balance and plenty of bass. 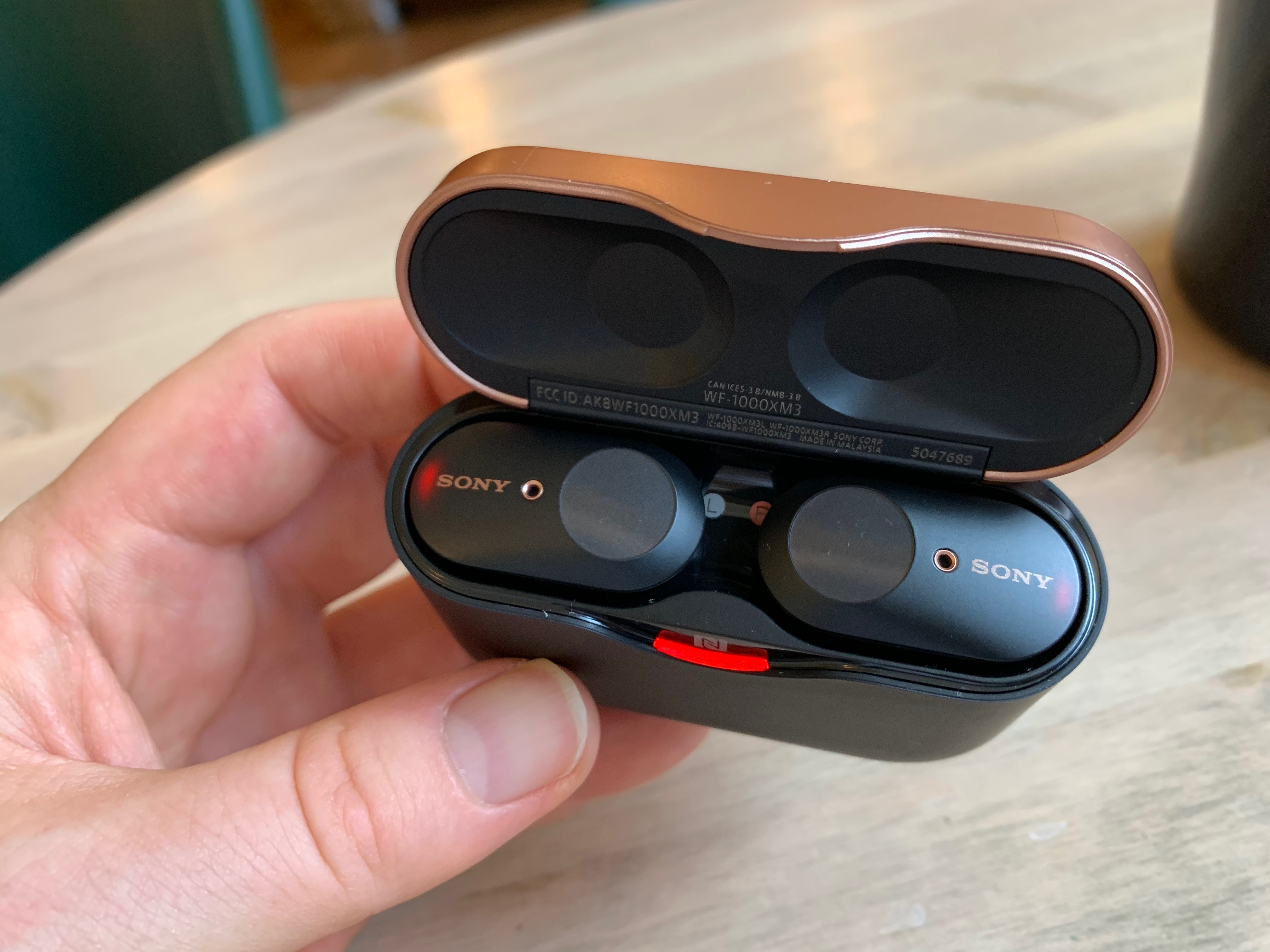 More impressive is the active noise cancellation — something that, up until recently, one assumed would have to be sacrificed on a pair of small wireless buds. A tap of the touchpad on the side will toggle in and out of noise cancelling and an ambient mode which lets in more sound for those instances when it’s required. The latter is probably another step toward a world where we carry on in-person conversations without taking the earbuds out. But we were heading that way anyway. At least Sony’s done a good job implementing the tech here.

Interestingly, the two earbuds form their own individual Bluetooth link to the synced device. That helps cut down on lag and also means they can operate independently from one another. In a few cases, I had issues with one bud cutting out, which was a bit annoying, but there’s something to be said for having the other one maintain its connection. The independence of left and right also means that audio reports like battery levels are reported separately. 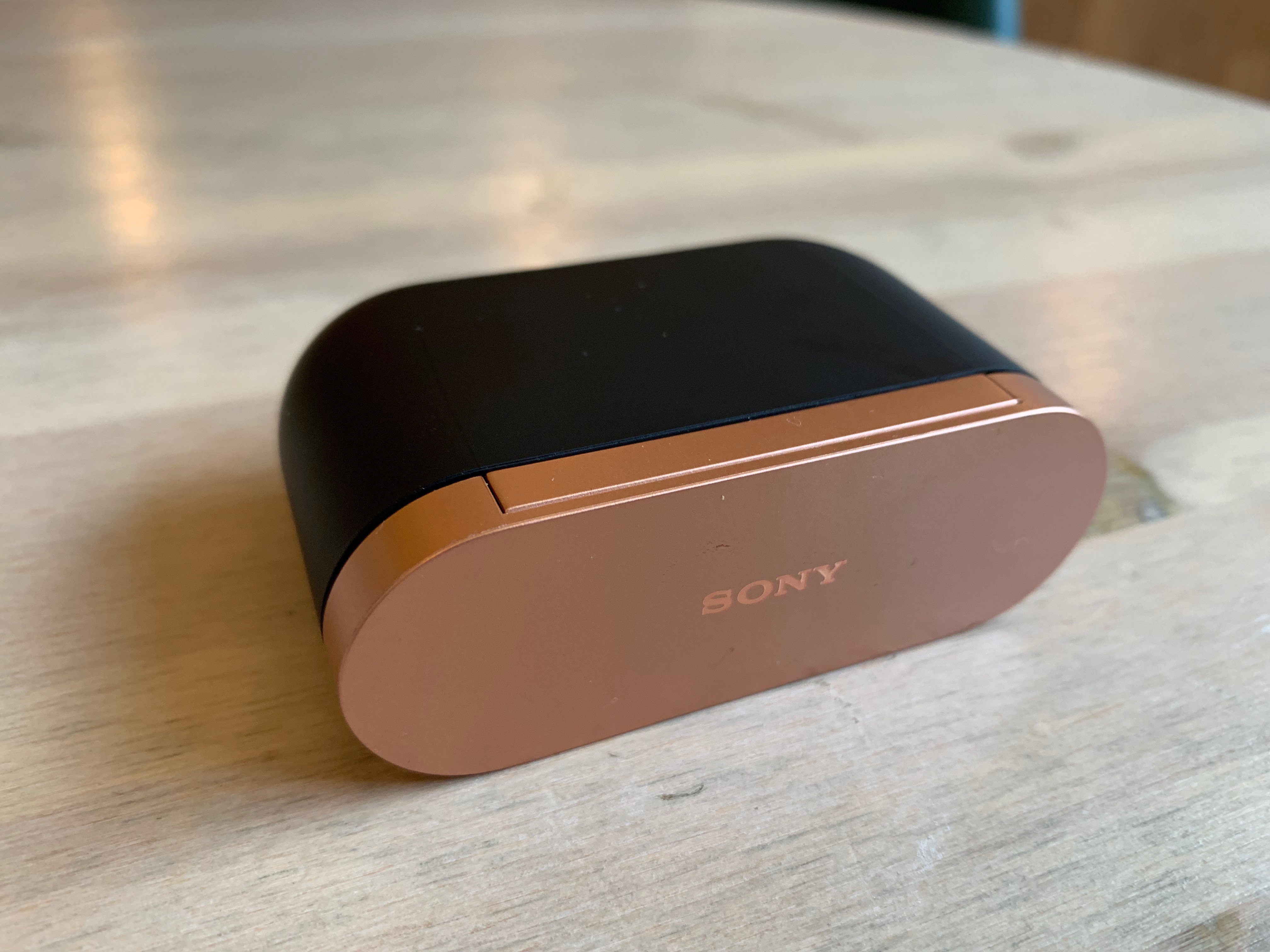 At $230, the XM3s slot in between AirPods and Powerbeats. iPhone users will miss the lack of automatic pairing with the W2 chip, but NFC means quicker pairing for Android users. All told, there’s a lot to like from these buds. They’ve got good sound, excellent noise cancelling and a long battery life.

They’re not great gym companions like the Powerbeats — but they’re not really designed to be. For those who travel a lot or are simply looking for a solid day to day headphone, the XM3s are among the best out there.