AirPods are far and away the leader in the world of fully wireless earbuds. New numbers out this week give Apple’s headphones a commanding 60 percent of the market, and a second-gen release is likely to help the company maintain its top position.

But Apple’s got a lot of competition these days, like a solid new offering from Samsung. And its latest competition is coming from inside the house. Apple-owned Beats have been inching toward a fully wireless solution, finally announcing the Powerbeats Pro this week.

At $250, they’re not cheap. That’s $50 more than AirPods 2. They do feature much of the same functionality provided by Apple’s H1 chip, including quick syncing and “Hey Siri” functionality. That’s part of the benefit of working alongside the Apple development team.

The earbuds are decidedly less minimalist than AirPods, with generally more plastic, including over-ear hooks. But if the original AirPods taught us anything, it’s that earbud beauty is most certainly in the eye (or ear) of the beholder.

The buds do score points on several counts, however. Battery life is a biggie. Huge, even. Beats is promising a stellar nine hours of listening time with the buds themselves and a full 24 hours when combined with the admittedly large carrying case. 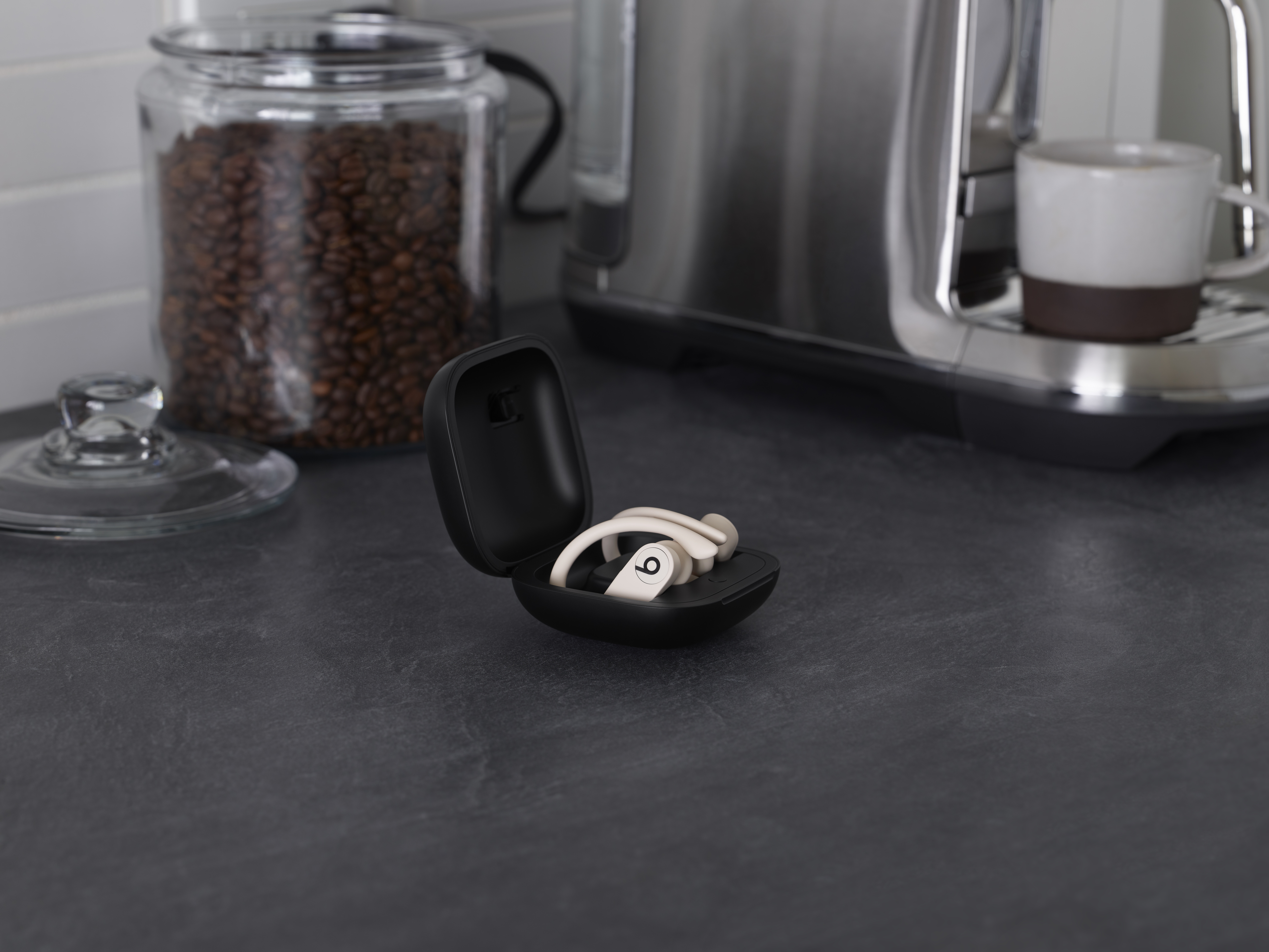 The headphones also apparently sport better sound and, the biggest point of all, are more comfortable. Personally, I’ve never had an issue with AirPods’ fit, but I recognize that the hard plastic is a lot more unforgiving with various ear sizes than a silicon tip.

The new buds are due out next month through Apple’s usual retail channels. We’ll be sharing our hands-on feedback soon.