Japan’s Hayabusa2 mission to the asteroid Ryugu is an ambitious one to begin with, and the team recently made the decision to up the stakes with a second touchdown on the space rock’s surface. Not only did all go as planned, but we now have the best shots of an asteroid’s surface ever to be sent back to Earth.

Hayabusa2 is a very, very cool mission. The basic idea is this:

Fabulous, right? And the intrepid spacecraft just completed step 4 earlier today, touching down and snapping some amazing pictures while it did its science. This one was taken at the very moment it hit the surface: 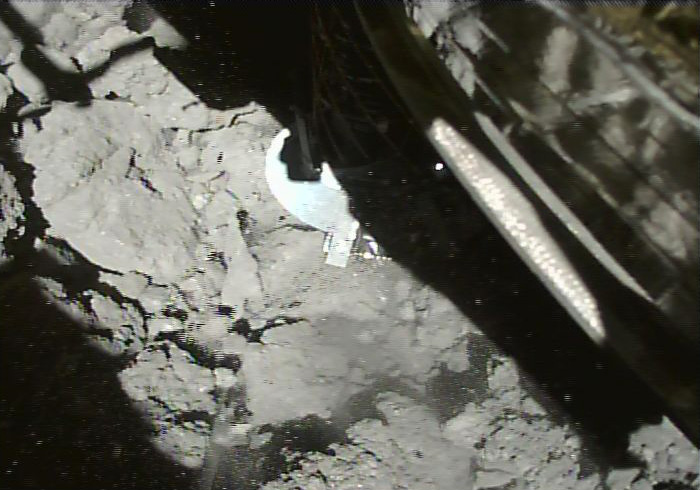 There was no guarantee this would happen, the JAXA team running the Hayabusa2 mission noted in a recent blog post. Any number of things could have resulted in a second touchdown being either too risky or not worth the trouble. Fortunately they concluded that the risk was acceptable and that this would be an important feat in more ways than one.

The previous sample was taken from the undisturbed surface of Ryugu, more or less as it’s been for many years. But then came the space gun — a 2-kilogram copper bullet propelled by a shaped explosion to some 2,000 meters per second (4,400 miles per hour). It made a crater, all right! The probe flew clear around to the other side of the asteroid so it wouldn’t be hit by any debris.

What was exposed is a surface that has never been sampled before by human or robot hands — the soft underbelly of an asteroid. It could tell us much, which is why the team decided to go for it. That and it’s just fundamentally awesome and historic. 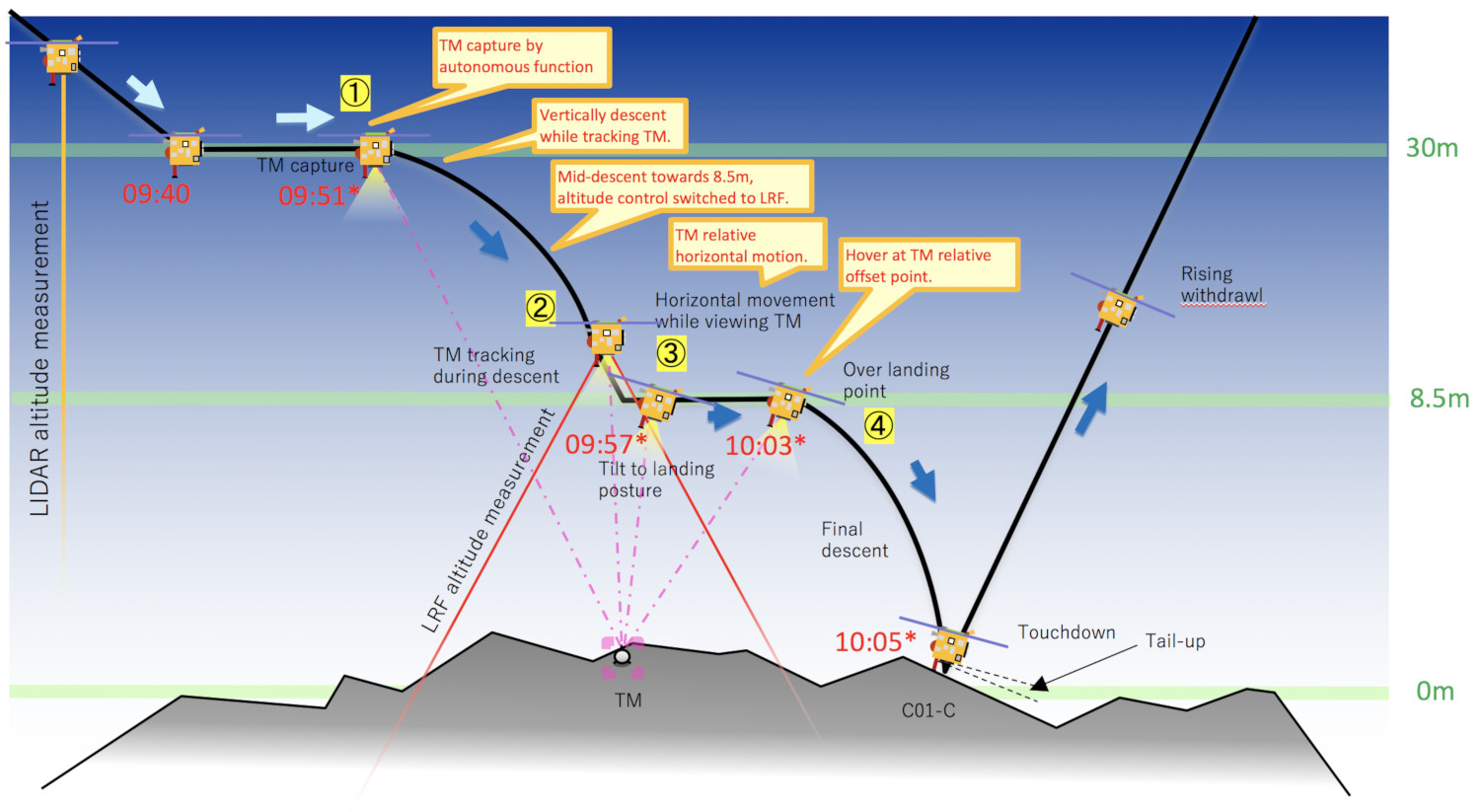 In a brief update, JAXA provided a handful of pictures of the successful touchdown: four seconds before, the moment of impact, and four seconds after. It doesn’t stay for long — more bounces off the surface than “lands.” I assembled those into the gif you see above. A couple other shots show the area before the craft descended.

There isn’t much more information than this for now, as a more detailed breakdown will follow, the Hayabusa2 mission site explains. For now, just savor the look on the team’s faces after this amazing feat: 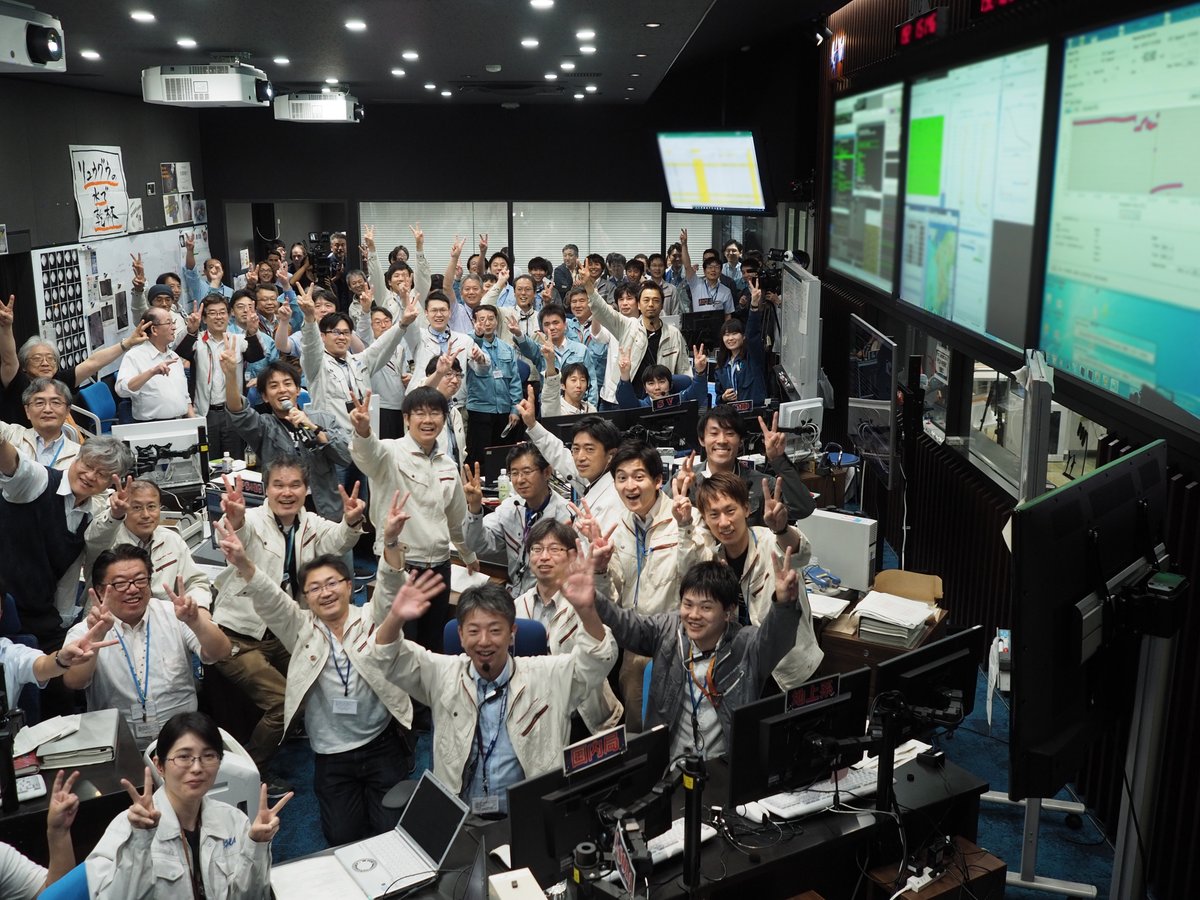