Music streaming services have already delivered a new high of half a trillion (507.7 billion) on-demand streams in the first half of 2019, according to Nielsen’s mid-year Music Report released this week. This record number — an increase of 31.6% over the first half of last year — was attributed to the success of singles and albums from Ariana Grande, Billie Eilish, Halsey, Khalid, BTS, Lil Nas X, and Bad Bunny, among other factors.

For example, the report also noted the outsized impact of TikTok and its global audience of 500 million monthly users. 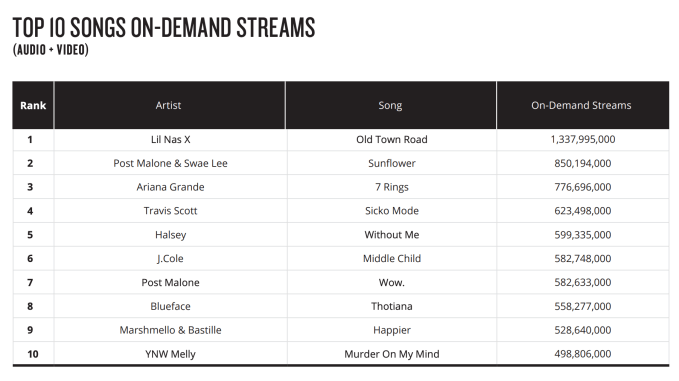 The report additionally broke down the record 507.7 billion on-demand streams into both on-demand audio streams — like those found on Spotify and Apple Music — and on-demand video streams, found it was the latter that was growing faster. 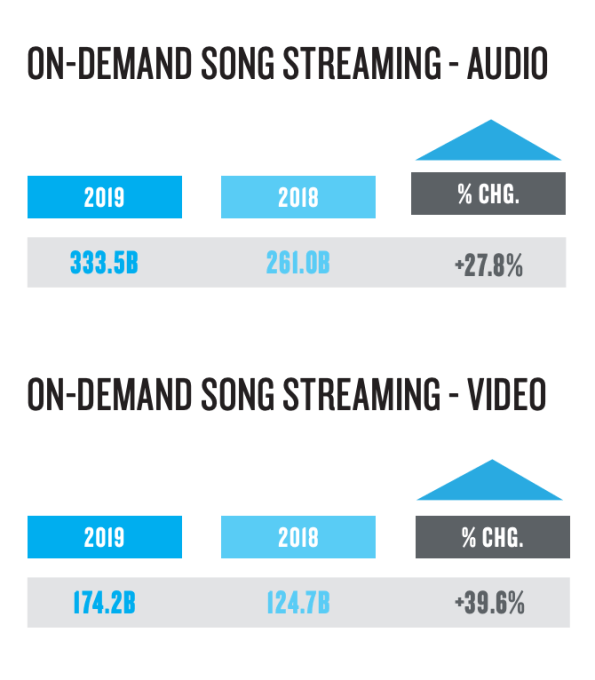 The report made mention, too, of a few notable moments in music so far in 2019. One key finding, in terms of its relationship to technology companies, was Marshmello’s concert held in Fortnite. Nielsen found the event led to “major gains” in artist’s catalog, with 13,000 equivalent units earned during the debut week of “Marshmello: Fornite Extended Set” — the DJ/producer’s largest sales week to date. His album “Joytime II” in the week following his appearance in Fortnite saw a 316% increase in sales, as well.

The full report, which dives into individual artists and trends, is available here.