Amazon along with Boulder company Nite Ize, a maker of specialty lights and phone mounts under the STEELIE brand, filed suit on Wednesday in a Seattle federal court against a group of counterfeiters who have been ripping off Nite Ize products. The issue was brought to Amazon’s attention in October 2018, following a tip from the United States Customers and Border Protection agency, which had seized a shipment of 300 counterfeit STEELIE brand car mounts, Amazon lawsuit explains.

The agency alerted Nite Ize, which then, in turn, alerted Amazon.

“Defendants have deceived Amazon’s customers and Amazon, infringed and misused the IP rights of Nite Ize, and harmed the integrity of Amazon’s store, and tarnished Amazon’s and Nite Ize’s brands,” the lawsuit states.

The suit goes on to identify eleven individuals and businesses who operated third-party seller accounts on Amazon’s online store where they would advertise and sell counterfeit versions of Nite Ize products.

Nite Ize may not be a household name, but you may be familiar with some of its products.

The company began back in 1989 with the invention of a headband mini flashlight holder. It introduced its STEELIE line in 2014, which is a family of products designed to make phone mounting easier. Its patented magnetic mounting system is a two-part ball and socket system that’s particularly popular as a hands-free viewing platform in cars, home, and elsewhere. 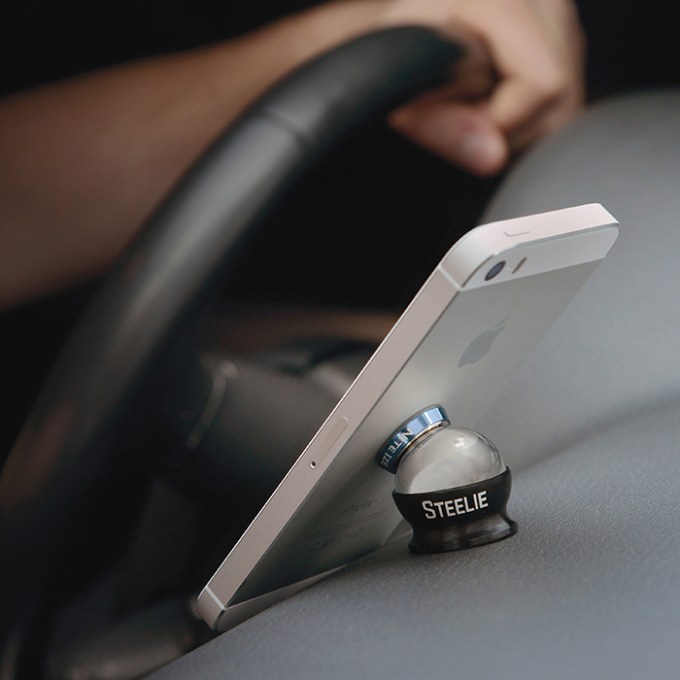 That popularity, of course, attracted the knock-offs.

The defendants, Amazon and Nite Ize allege, marketed and sold items they claimed to be genuine STEELIE products in violation of Amazon’s Business Solutions Agreement. The suit names individuals living in Minnesota, Maryland, and Ontario as defendants, along with businesses based in China.

Nite Ize had been aware of the counterfeiting problems for some time.

It ordered test purchases from the defendants over the course of 2018, then reviewed the products they received and found them to be counterfeited, the suit explains.

Nite Ize and Amazon are now looking to recover actual and statutory damages as a result of the counterfeiters’ illegal business operations, along with other relief, including the ability to recover the defendants’ profits.

“Upholding the integrity of our products against copycats masquerading as Nite Ize is of paramount importance,” said Clint Todd, chief legal officer, Nite Ize. “We’ve been locked in an ongoing battle with counterfeiters for many years. When U.S. Customs and Border Patrol notified us of a counterfeit shipment of products it had seized, we weren’t surprised. However, the scope and complexity of the operation we uncovered was staggering,” he added.

“Throughout our history with Amazon, the company has consistently supported our efforts to remove counterfeit listings and sellers. When alerted to the magnitude of the issue impacting one of our best-selling products, Amazon decided to join our fight against counterfeiters to ensure that our mutual customers can confidently shop with the knowledge that they are purchasing, and ultimately receiving, genuine Nite Ize products,” said Todd.

The lawsuit is the latest in a series of efforts by Amazon to crack down on the rampant counterfeit trade taking place online. While some brands have accused Amazon of turning a blind eye to issues with its third-party sellers, their illegal activity is ultimately damaging to Amazon’s brand, as well.

“Each day, millions of consumers use Amazon’s store to purchase a wide range of products across dozens of product categories from Amazon and third-party sellers,” the company said, in the filing. “Amazon recognizes that consumer trust is hard to win and easy to lose, so Amazon invests significant resources and effort into building and preserving its customers’ trust.”

The retailer also claimed that only a “small number of bad actors” seek to abuse that trust by selling counterfeit goods.

In more recent months, Amazon has become more active in its fight against counterfeiters.

Last year, for example, it filed three other lawsuits in partnership with fashion designer Vera Bradley and mobile accessories maker Otterbox over counterfeit goods. The Vera Bradley suits settled in April, and Amazon won half a million dollars, with the proceeds going to Vera Bradley.

And in February, Amazon launched a suite of new tools for brands and manufacturers that help them to proactively go after counterfeiters. As part of a program called “Project Zero,” brands can provide Amazon with logos, trademarks, and other key data. Amazon then scans its 5 billion product listings per day, looking for any suspicious items.

Another set of tools allows brands to work with Amazon to introduce product serialization capabilities. This puts a unique code on the manufactured units which Amazon scans at purchase to verify authentic sales.

But as this new lawsuit demonstrates, the counterfeiting business can be complex. With just this one company’s brand, there were people based across three countries involved with the illegal activity.

Amazon says in the filing it has more than 250 million active consumers and millions of third-party sellers. It’s a lot to police.

“Amazon continues to invest and fight counterfeiters on all fronts—from developing technology to proactively prevent counterfeits, to working with brands, leaders in the public sector and law enforcement to hold bad actors accountable,” a company spokesperson said. “Counterfeit has no place in our store and we will leverage every tool available to protect brands like Nite Ize, our customers, and our store.”