Facebook today is expanding its set of features focused on blood donations. The company since 2017 has been working with blood donation centers worldwide that have been able to use the platform to reach potential donors and then reach out to them in times of need. Now, Facebook is bringing its Blood Donations feature to the U.S. 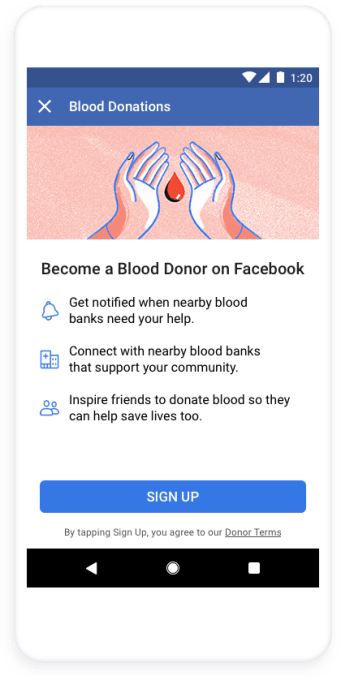 The U.S. Blood Donations feature is similar to the one already available elsewhere in the world — including Bangladesh, Brazil, India and Pakistan.

To access the Blood Donations feature, U.S. Facebook users in the supported markets can sign up by visiting its page from the “About” section of their Facebook profile. Here, they’ll give Facebook permission to notify them when nearby blood banks need their help. When the blood banks are running low on supply, they can also turn to Facebook to alert the nearby donors through the platform. 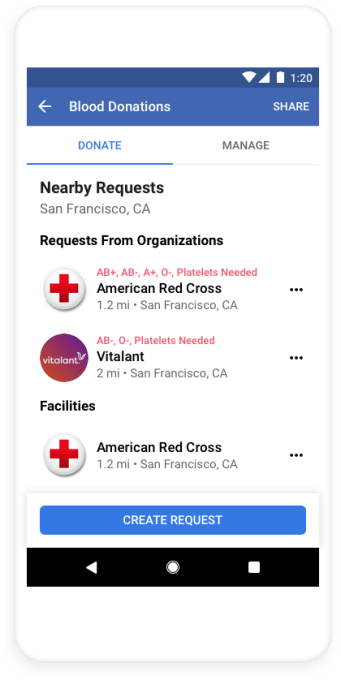 People will see and respond to these blood donation requests and opportunities on the Blood Donations destination on Facebook. They can also use tools on this page to inspire their friends to donate, too.

Since its 2017 launch, the Blood Donations feature has performed well. More than 35 million people signed up in the handful of worldwide markets where it was first available. In India and Brazil, blood donation centers said that 20% of people said Facebook influenced their decision to donate — a statistic based on in-person surveys conducted at the blood banks. 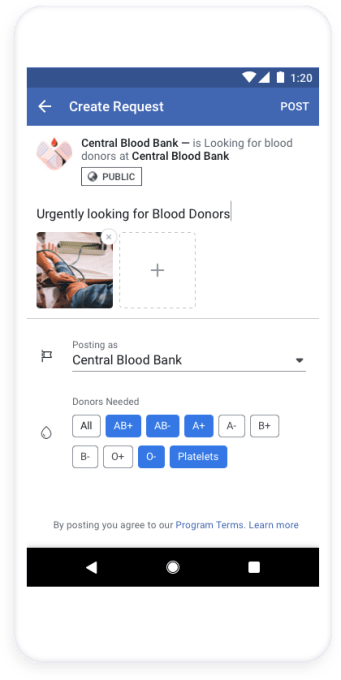 “Through our partnership with Facebook, individuals will be able to conveniently find and connect with their local blood center to help meet the ongoing need for a diverse pool of blood donors in the US and share their experiences and the importance of blood donation,” said Kate Fry, chief executive officer at America’s Blood Centers, in a statement about today’s launch. “By encouraging blood donation as a way of life, each of us can assure that the more than 30,000 pints of blood used daily throughout the country is available.”

The launch is timed just ahead of World Blood Donor Day on June 14. Founded by the World Health Organization, the day is meant to raise awareness of the regular need for blood donations. Facebook says it will host blood donations in some of its own offices on this day, and will run awareness campaigns in Brazil and India. It’s also partnering with Missing Types for a campaign with the American Red Cross and Vitalant to help draw attention to the need for blood donors, it says. 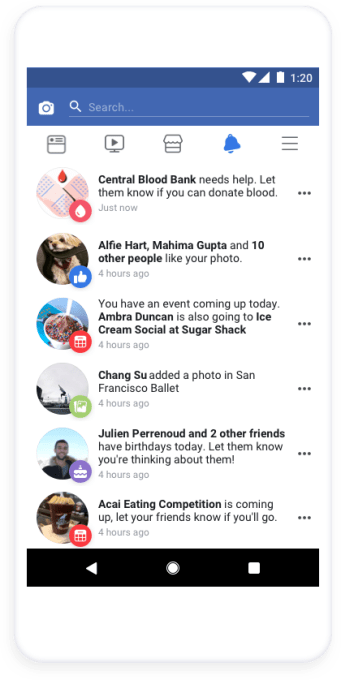 “We are grateful to Facebook for supporting the Missing Types campaign, which underscores the critical need for blood donors,” said Cliff Numark, senior vice president, American Red Cross. “This campaign comes at exactly the right time, as busy summer schedules make it extremely challenging to sign up sufficient blood donors. And Facebook’s new blood donation feature makes it even easier to make a lifesaving donation,” he added.