A little less than a month ago, DJI branched out from the world of gimbals and drones with the release of the Osmo Action, a new action camera that put GoPro firmly in the company’s sites. Now it’s back with another new category: educational fighting robots.

The RoboMaster S1 seems like an odd fit at first, but the company’s quick to point out that robotics are an important part of DJI’s DNA. Founder and CEO Frank Wang studied robotics in school, and in recent years, the company has put on a series of robotic fighting tournaments in China under the RoboMasters banner.

The S1 takes its name from the competition, but this is a much more consumer-focused approach to the category, in line with offerings like DJI’s Mavic line. It’s also the first major step into the world of education, with a product that ships in 46 unassembled pieces and requires coding learning to really get off the ground. 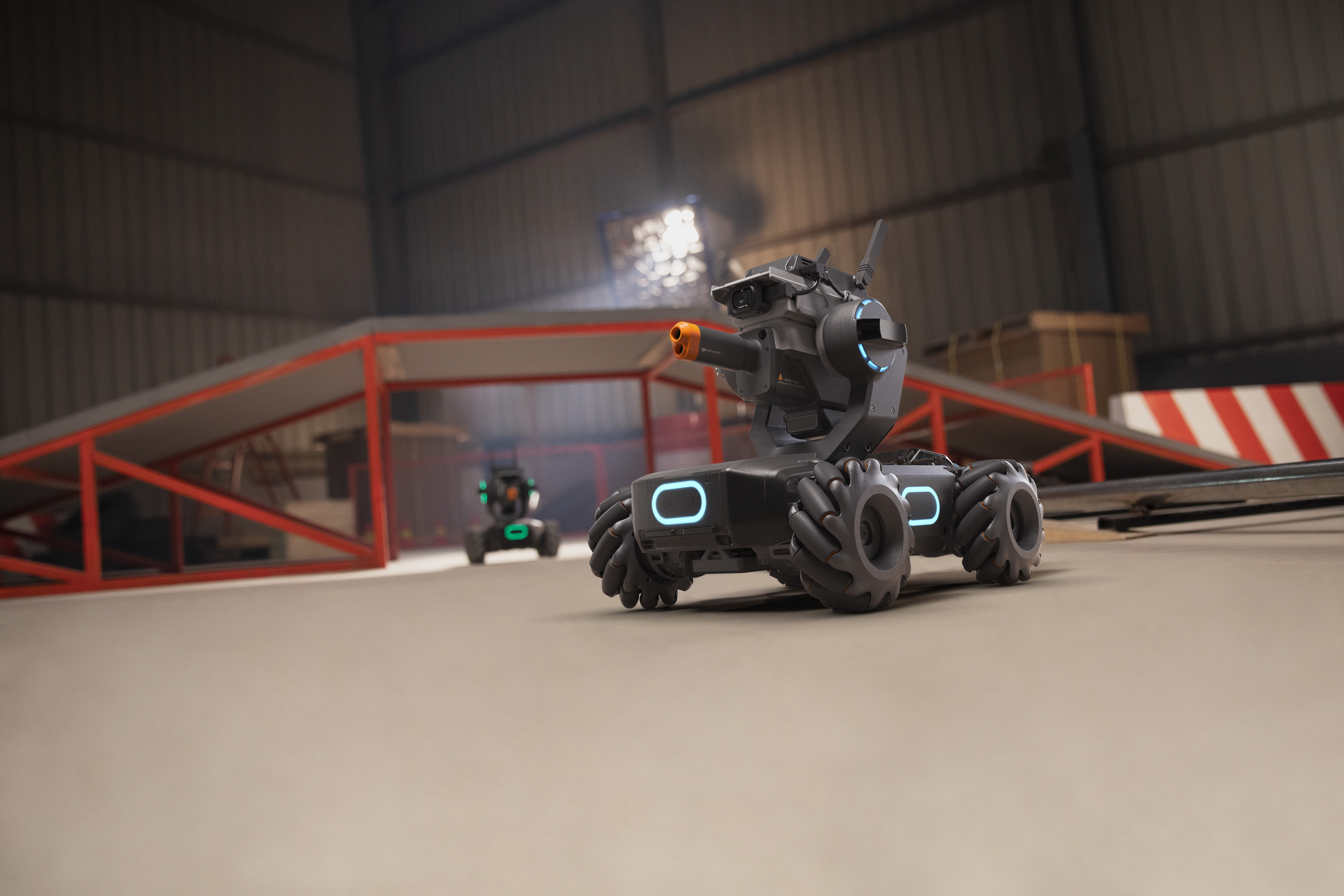 Targeted at ages 14 and up, the S1 (short for Step 1, per DJI) is actually an impressive little robot. It’s got four wheels, and is capable of cruising up to eight miles an hour (though it can apparently be hacked to go even faster). Up top is an adjustable tank-style turret that blasts out nontoxic gel beads for doing battle. There’s also an infrared shooter for less messy combat.

There are 31 sensors on board, six of which are designed to detect hits during fights. An on-board camera lets the users control the robot with FPV through the accompanying app, while built-in machine vision helps the device detect obstacles and receive signals from other S1 units.

There are a half dozen different recognition functions on-board here, including Follow Mode (for other S1 units), gesture recognition, S1 recognition, clap (sound) recognition and Line Follow and vision marker recognition, which use landmarks to navigate. Beyond that, users can control the robot manually via the app. 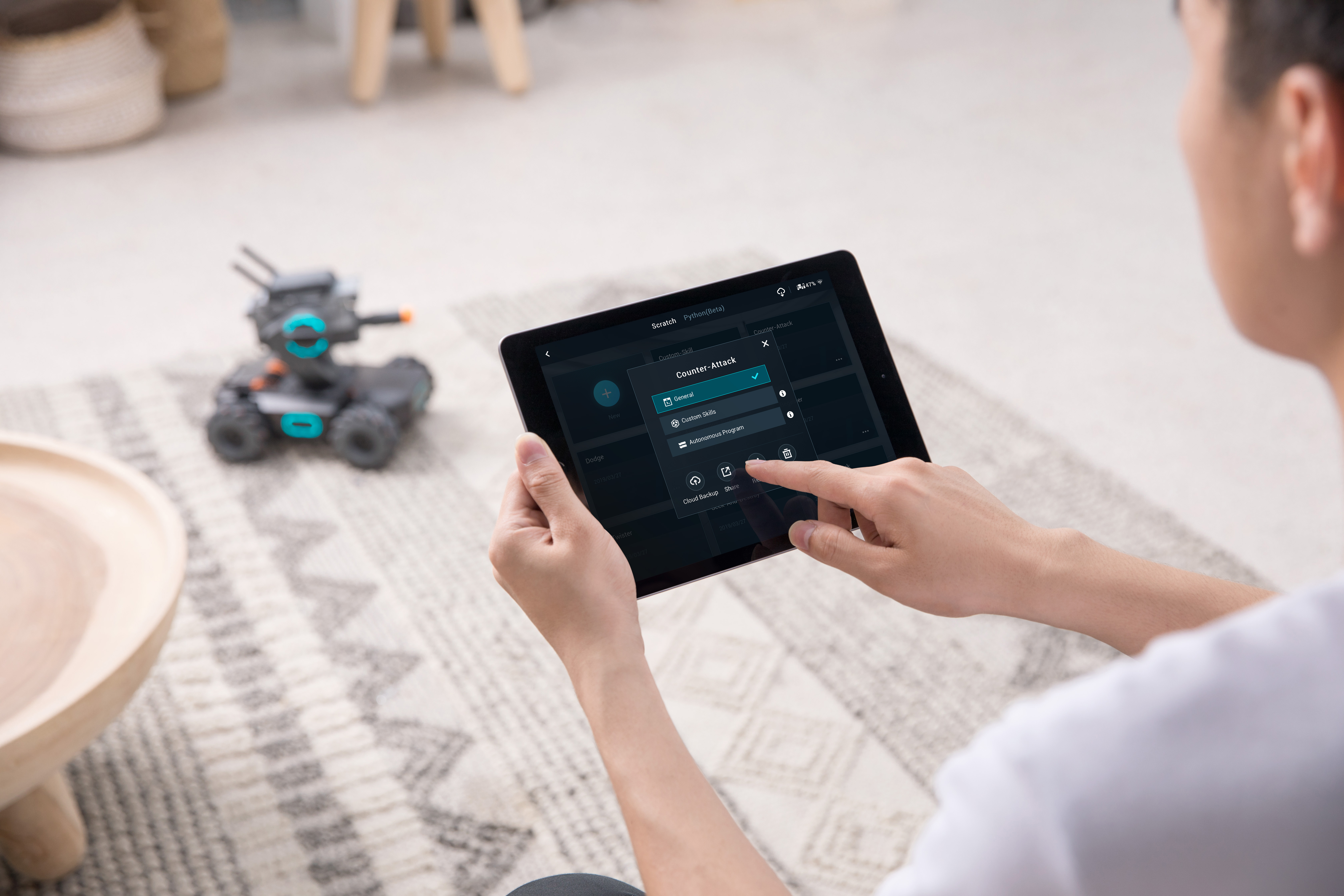 The hardware is less customizable than its RoboMasters counterparts, but the inclusion of six Pulse Width Modulation (PWM) ports on the rear means that more advanced users can plug in third-party hardware to soup up the robot. On the software side, both Scratch 3.0 and Python can be used to program functions like “Hit and Turn Back,” wherein the turret spins back around after being hit from behind.