Cloud gaming is one of the big topics of excitement ahead of E3. The market is very niche but the technology feels exciting, allowing users to play graphically-complex titles on a bunch of low-powered devices thanks to server farms and fast internet connections.

We had a chance to go hands-on with Google’s Stadia platform at GDC and I/O, now at E3, Microsoft is letting the media test out their previously-announced service xCloud. I’ve spent a bit of time with both, so how do they compare?

The biggest difference is that we still know bizarrely little about xCloud, while many expected the service to be the main topic of discussion at the Xbox E3 event, the service was mentioned for mere seconds as execs focused their energies on Xbox Game Pass and the upcoming Project Scarlett hardware.

Pricing, exact release dates, device support and internet requirements of xCloud are all up in air. We know it’s coming later this year for public use just as Stadia is. There are a lot of question marks, but here’s what we were working with in our demo of server-based gaming on xCloud.

Much like Stadia, xCloud is a streaming service that abides by the laws of nature, like speed of light, so latency is a thing. On the topic of lag — which is one of the big viability questions with these platforms — it seems like Microsoft’s solution is in lockstep with Google Stadia. The naked eye can only detect so much especially in a demo environment where the environment is set up to be perfect, but streaming in LA from servers based in the Bay Area didn’t cause any major problems as I demoed a couple titles briefly.

The easiest way to showcase the latency on these systems seems to be picking up an in-game gun and finding the length of time that passes between trigger press and the muzzle flash. It was perceptible and more so than when I’m playing at home but likely only because I was directing all of my attention to that metric. When it came to frame rates flowing and resolution streaming, the brief demos held up, though again this is a tech platform that’s all about having network perfection in place and demo environments are pretty unreliable representations of standard scenarios.

I saw some hiccups in my Stadia demo, though a system restart rectified them. I didn’t have any issues on xCloud though the demo environments were different in each demo.

What latency feels like on Google’s Stadia cloud gaming platform

One big question mark is whether Xbox is going to release a specialized controller that connects to the Cloud directly to cut down on latency. Stadia has already done this, but this won’t make as big a difference to a lot of Xbox One users who likely won’t bother with buying a new controller to shave off a few milliseconds. That said, as you can see, there was some xCloud-specific branding on the Xbox controllers we used, so there could be some developments here.

Stadia requires a 35 Mbps download connection in order to play 4K games, we don’t know anything about the xCloud standards there, but I’d imagine expectations should be kept fairly similar though you might have to worry about both ends of the equation if you’re streaming from your personal Xbox on a home network to a mobile device elsewhere. 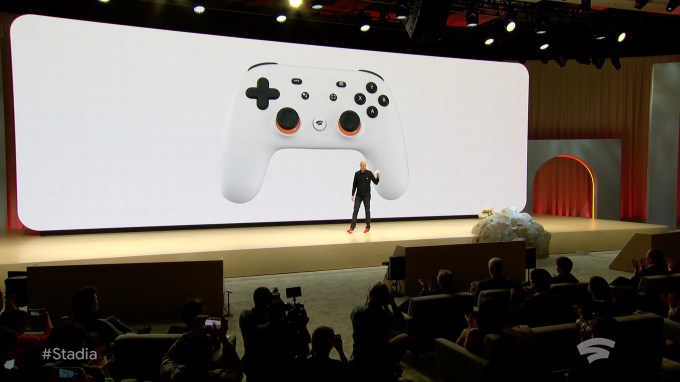 What’s a bit fascinating is how both Microsoft and Google chose to showcase the advances in their streaming technology. While Google showcased Stadia as a console replacement, xCloud’s demo reframed the service as a way to bring console gaming on-the-go.

This isn’t entirely revolutionary as services like Sony’s Remote Play offered some of this functionality, but the scope of support could be larger here. Our demo was on a Samsung Galaxy device attached to an Xbox One controller. We haven’t heard details on the scope of supported mobile devices but given that Stadia is only launching on the Pixel 3 and Pixel 3a, even with the latest Samsung Galaxy devices, Microsoft could already have Google beaten there out-of-the-gate.

I will say it felt different playing a console-level title with a phone screen. You have wildly different expectations of what your phone can handle because you’ve spent years with limited mobile games while open-world RPGs have been out of reach. Mobile processors have gotten more beefy, but pushing graphics that have teraflops of power behind them is a very cool experience though it does make me wish that Microsoft had a mobile system or a controller that was a bit more phone-friendly because the current solution feels more than a little hack-y.

On the topic of value, we know that console streaming for existing console owners will be free, we similarly know that 1080p streaming on Stadia will be free once you buy games on the platform, though if you want 4K resolution, you’ll have to pony up $9.99 per month. We don’t know if xCloud is going to have any limitations on console streaming users. 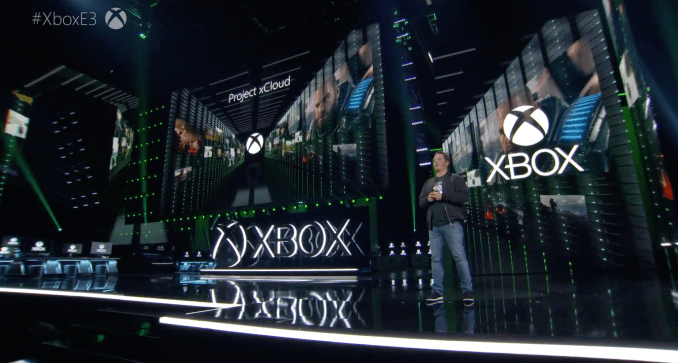 If xCloud boasts support for the full Xbox library, that’s going to be something that keeps Stadia from competing. The network effects of buying single-player titles might be limited but if cross-play for multi-player is something a title doesn’t boast than chances are gamers will want to stay where their friends are. Building an entire player network from scratch won’t be easy for Google and Xbox has one hell of a head-start.

The biggest unanswered question is how Microsoft prices xCloud for gamers without a console and whether there is some too-good-to-refuse combo deal with Xbox Game Pass. The entire market still feels a little niche and I think it’s a bit unrealistic to think we’re already approaching a post-console world, but Microsoft being aggressive here could prevent Stadia from gaining any sort of a foothold.