Apple doled out its 2019 Design Awards at its Worldwide Developer Conference this afternoon, highlighting a range of apps that work as beautifully as they look, the company said. This year, half the award winners were mobile games, which may speak to where much design innovation is today taking place. Other creativity focused and health care apps filled out the rest of the winners’ list.

To take home a prize, the apps’ had to excel across three areas: visual design, technology, and innovation. Specifically, Apple looks for apps that take full advantage of its latest devices and technologies.

The award winners don’t just get to take home a (newly redesigned) trophy. They also get an envious Apple prize pack that includes a 512GB iPhone 10S, AirPods, a 512GB 12.9 inch iPad Pro, Apple Pencil 2, a 64GB Apple TV 4K, an Apple Watch Series 4, a top of the line MacBook Pro, and a fully loaded iMac Pro. The apps will also be featured in the iOS App Store, gaining them more exposure.

The winning apps this year included:

Ordia: a one-finger action game where you play as a new life form taking its first leaps into a strange and hazardous world. Apple said this game offered a great balance between difficulty and satisfaction. It also focused on accessibility features, with a colorblind mode, for example. The game, from Loju LTD, was developed for two years and launched only a month ago, catching Apple’s eye.

Flow by Moleskin: Creative app for sketching, writing and drawing, Flow, was chosen for its attention to detail and overall design. It also showcased Apple technologies like Apple Pencil, gestures, iOS drawing APIs, and Metal.

The Gardens Between: A a single-player adventure-puzzle game about time, memory and friendship from The Voxel Agents won for its cinematic moments and immersive experience. Apple also really liked its gameplay mechanic which lets you stop time, which allows you to play without feeling rushed. 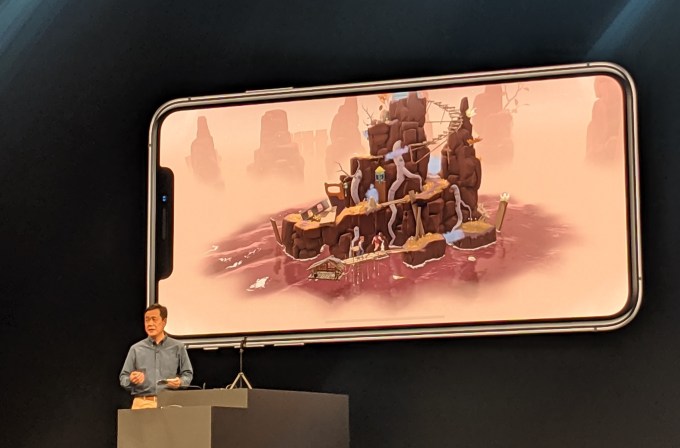 Asphalt 9 Legends: Gameloft’s latest iteration on the car racing game features cars from Ferrari, Porsche, Lamborghini, and W Motors. What makes it worthy of the award are its incredible effects and graphics, as well as its custom engine and Metal 2 integration.

Pixelmator Photo: This photo editing app specifically won for its iPad version, which makes photo editing easy for everyone. But what Apple really liked was its use of Metal, CoreML and how it leveraged machine learning technologies to suggest changes to photos. 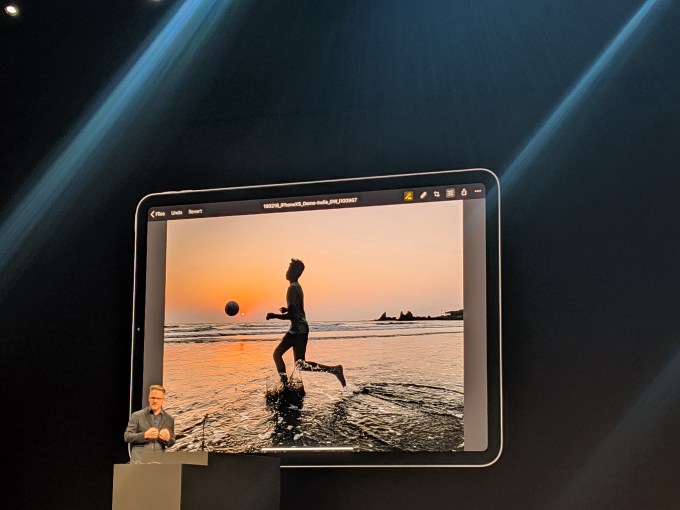 ELOH: Another game winner, this one described as a “chilled out puzzler.” The game helps you relax and decompress, said Apple, but its key component is its sound effects soundtrack, which complements its beautiful graphics and the animations. There are no time constraints on this one, so you can relax and enjoy playing. 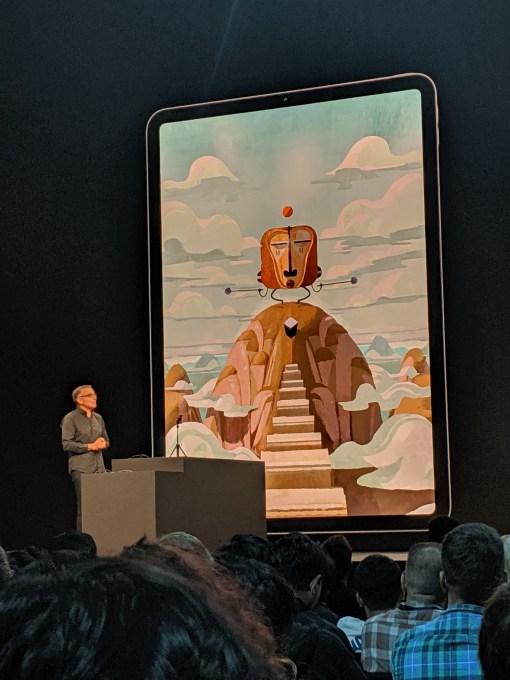 Butterfly IQ – Ultrasound: This app was a standout from the group for focusing on a real healthcare need, not gaming or the creative arts. The app connects with a separate device to give mobile ultrasounds. The app won based largely on that innovation alone. As Apple noted, the idea with this app is that you can move ultrasound to a microchip and move the computer to an iOS device, instead of the big, expensive machines required today.

Thumper: Pocket Edition: This winning music rhythm game was unique and did a great job introducing new game mechanics involving swipes and taps. But it also has a psychedelic soundtrack to complement the action that sounds great when played loud. 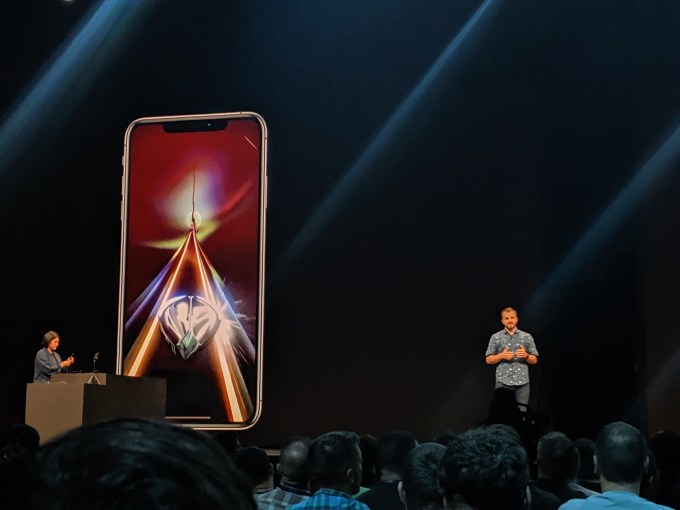 Homecourt: The Basketball App:  This basketball training app uses a proprietary mobile AI technology to track, record, and provide deep analysis of all your shots and workouts using your iPhone’s camera.