A new startup aims to help you get your student loans under control. Today, an app called Pillar, backed by $5.5 million in seed funding led by Kleiner Perkins, is launching a simpler way for consumers to better understand their student loan debt — and even pay it off early.

To do so, the app connects with your student loan servicer and bank, then makes personalized suggestions based on your loans, your income and your spending. When it finds a way you can make a bigger dent in your overall student loan debt, it will send an alert to your smartphone.

Pillar co-founder and CEO Michael Bloch, an early DoorDash employee, said he came up with the idea after his wife graduated from law school with around $300,000 worth of student loans.

“We struggled to figure out the right way to pay them back,” he explains. “We read blog posts and articles. We made spreadsheets. We even talked to a financial advisor. But there really was no easy way for us to figure out what was the right thing for us to do. And I realized there are 45 million people with loans, and millions of those people have had the exact same experience as I did.”

Bloch decided then to drop out of Stanford Business School to instead focus on building Pillar along with co-founder and CTO Gilad Kahala. 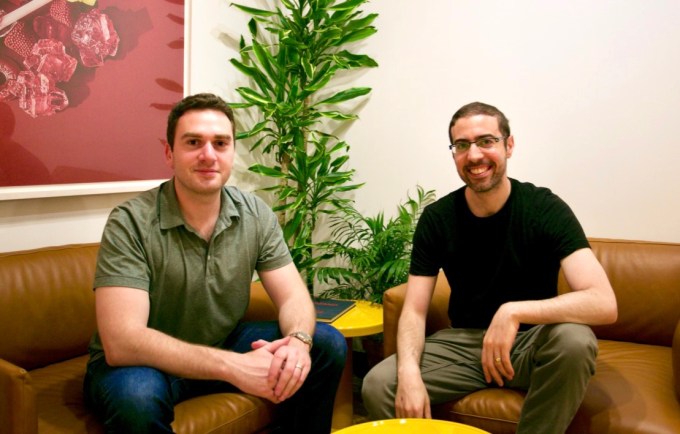 The problem they’re attacking is massive. Student loan debt is the second largest type of consumer debt in the U.S., with 45 million borrowers owing more than $1.5 trillion in student loans. Seven out of 10 students take out loans to pay for college, and the average person graduates with $30,000 in debt, which takes 20 years to pay off. For those with $60,000 in debt, it can take more than 30 years to pay off. And nearly 20% of borrowers have more than $100,000 in debt.

In addition, women are disproportionately affected by this problem, notes Bloch. Women hold two-thirds of student loan debt, he points out. This is because there are more women (around 56%) than men attending college these days, and because of the gender pay gap — which means it takes longer for women to pay back their loans.

At launch, Pillar walks new users through a quick sign-up process where you authenticate with your loan provider and bank account. (The company says it uses security best practices, and doesn’t store any login information or passwords on its own servers.) 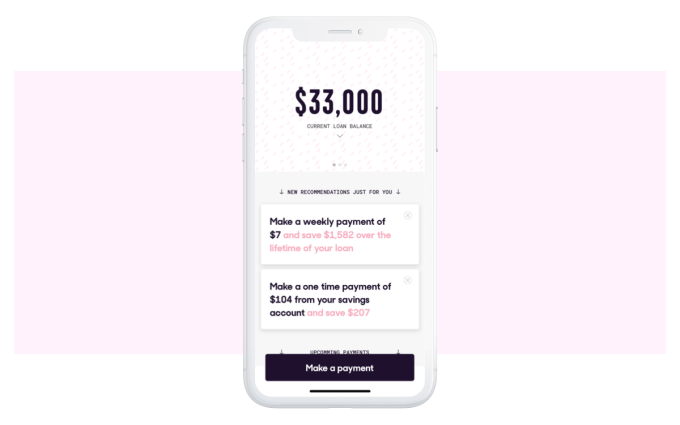 As Pillar analyzes your spending and pay schedule, it can figure out when you can start making an extra payment toward your loans. It also calculates what that means in terms of paying off your loan earlier. This is especially useful for those who don’t necessarily receive a steady paycheck, or whose income fluctuates for other reasons — they may have trouble determining how much they can actually afford to chip in.

The company does not offer to refinance loans, to be clear, nor will it point you toward those options. In fact, it expects many of its users wouldn’t be able to take advantage of refinancing options, anyway.

“Companies like SoFi actually turn away around 97% of everybody who applies for refinancing, because they’re too high a credit risk — they look at your credit scores, your income, the type of job you have — most people don’t qualify for lower rates on refinancing,” Bloch says.

Instead, Pillar targets the larger majority who make less than $100,000 per year and have fewer options. 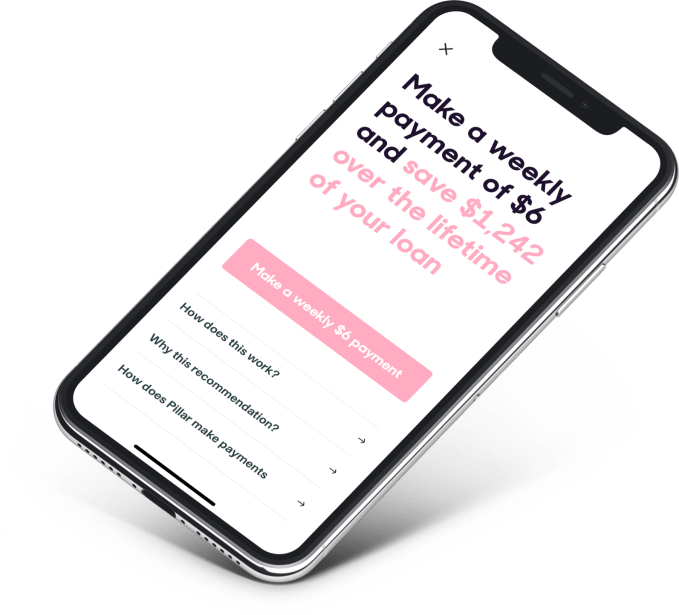 “What we found is that these small actions that people can take — where it’s not necessarily a hundred dollars this month. But even making a $5 a week extra payment can make a really big difference to somebody’s financial life in the long run,” he explains.

Users can opt to make these additional payments through Pillar itself, instead of having to go through the sometimes clunky student loan provider’s website.

Prior to today, the company had been running a private beta with an undisclosed number of users who are now using Pillar to manage their collective $50 million-plus in loan debt. During this period, the average borrower saved around $6,000 and about four years on repayment, Bloch claims.

What Pillar does not do, at this point, is help borrowers navigate student loan forgiveness programs. That’s on its roadmap, however. It plans to offer tools and automation to help its users navigate those programs in the future. Longer-term, Pillar wants to do for all consumer debt — including credit cards — what it’s now doing for student loans. 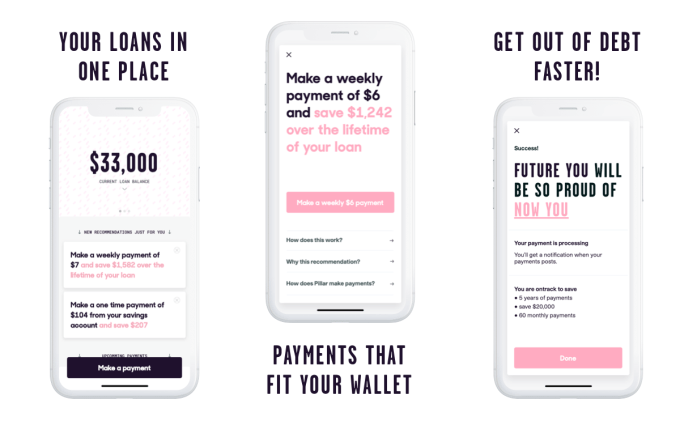 While Pillar is attacking a real problem, it’s not yet a comprehensive solution — or even the best way for a consumer to handle their overall debt.

As Genevieve Dobson, founder and CEO of debt management company Degrees of Success, points out, the interest rates on consumers’ student loans may be lower than the high interest rates on their credit cards and other debt that should be paid down first.

Plus, she notes, “it would not be suggested for anyone who qualifies for an income-based repayment or other lower payment option. It’s also not a good option for those who qualify for any of the forgiveness programs. And unfortunately, it doesn’t seem to tell people to utilize the income-driven repayment options instead, which could end up harming someone rather than helping them.”

In time, hopefully, Pillar will become more comprehensive to address the needs of all borrowers. For now, however, it makes the best sense for those who only hold student loan debt and are looking to pay it down more quickly.

Pillar says it will keep all its advice free, but will charge a low (around $1 per month) subscription fee for premium features at some point in the future. The company will also provide (not sell) anonymized loan data to nonprofits and research institutions who are working to advance the national conversation and policy around student loans.

The Pillar team is currently 10 people in New York, and looking to double the size of the team over the next year with a particular focus on hiring engineers.

Pillar is available on iOS and Android. You will still need to join the waitlist, as people are being allowed into Pillar in stages as it launches.