Honda e, the compact electric vehicle that’s coming to market in spring 2020, is bringing its side-view mirrors inside. The company confirmed Tuesday that its side-camera-mirror system, which was on the prototype version, will be a standard feature when the car enters production.

The side-camera-mirror system includes two six-inch screens, situated on the left and right sides of the dashboard, that provide live images of traffic. Honda argues that the tech reduces aerodynamic drag by 90% compared to conventional door mirrors, for an overall 3.8% improvement for the entire vehicle. This, in turn, can help with the battery’s efficiency and range.

The mirrors also improve visibility, Honda says, adding that the camera unit housings are shaped to prevent water drops on the lens. The lens also has a water-repellent coating to prevent residual water build up.

You can check out how it works in the video below.

The driver can choose two views, normal and wide, via the vehicle settings. The two views extend the field of vision and helps reduce blind spots by about 10% in normal and about 50% when using the wide option, Honda claims.

If the driver puts the vehicle in reverse, guidelines appear on the side-view screens. As lighting conditions change, the brightness levels on the interior displays adjust.

Honda also confirmed that the pop-out door handles will be in the production version. 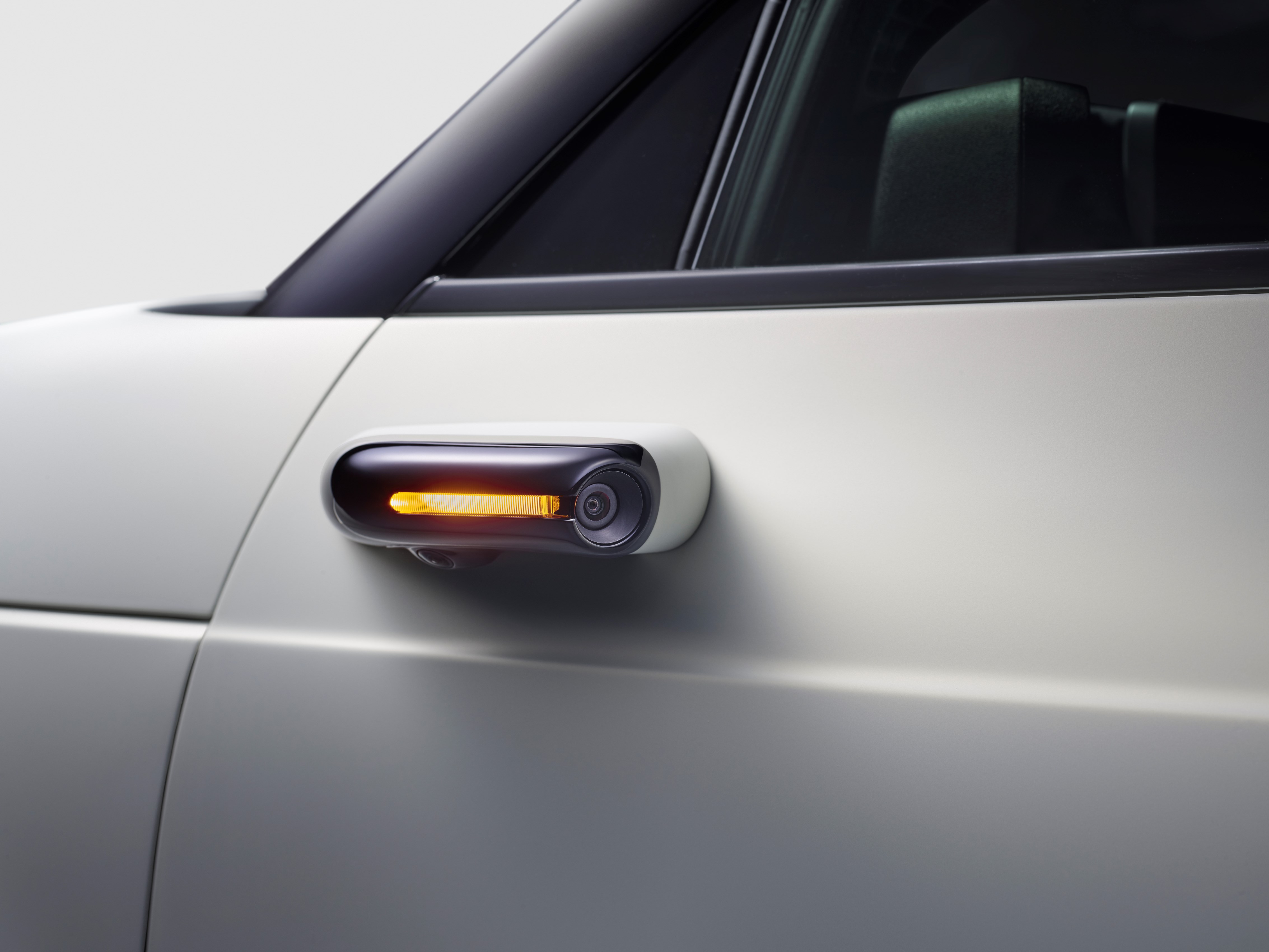 The automaker has big plans for the Urban EV, officially named the Honda e, and more broadly electric vehicles. The Honda e is expected to have a battery range of more than 124 miles and come equipped with a “fast charge” capability that will provide a 80% change in 30 minutes.

Way back in 2017, Honda Motor Co. president and CEO Takahiro Hachigo emphasized that the Urban EV wasn’t some “vision of the distant future.”

Honda plans to bring electrification, which can mean hybrid, plug-in or all-electric, to every new car model launched in Europe. The automaker is aiming for two-thirds of European sales to feature electrified technology by 2025.

The production version of the Honda e will be unveiled later this year. Customers can make a reservation for priority ordering online in the U.K., Germany, France and Norway or register their interest in other European markets on the Honda national websites.