Arm, the company that designs the basic chip architecture for most of the world’s smartphones, today announced the launch of its next suite of designs for premium phones. It’ll be a while before you’ll see the first phones that use chips based on this design, but typically we see the first actual chips before the end of the year. With this launch, the company is announcing the Cortex-A77 CPU, the Mali-G77 GPU and a more energy efficient and powerful machine learning processor. 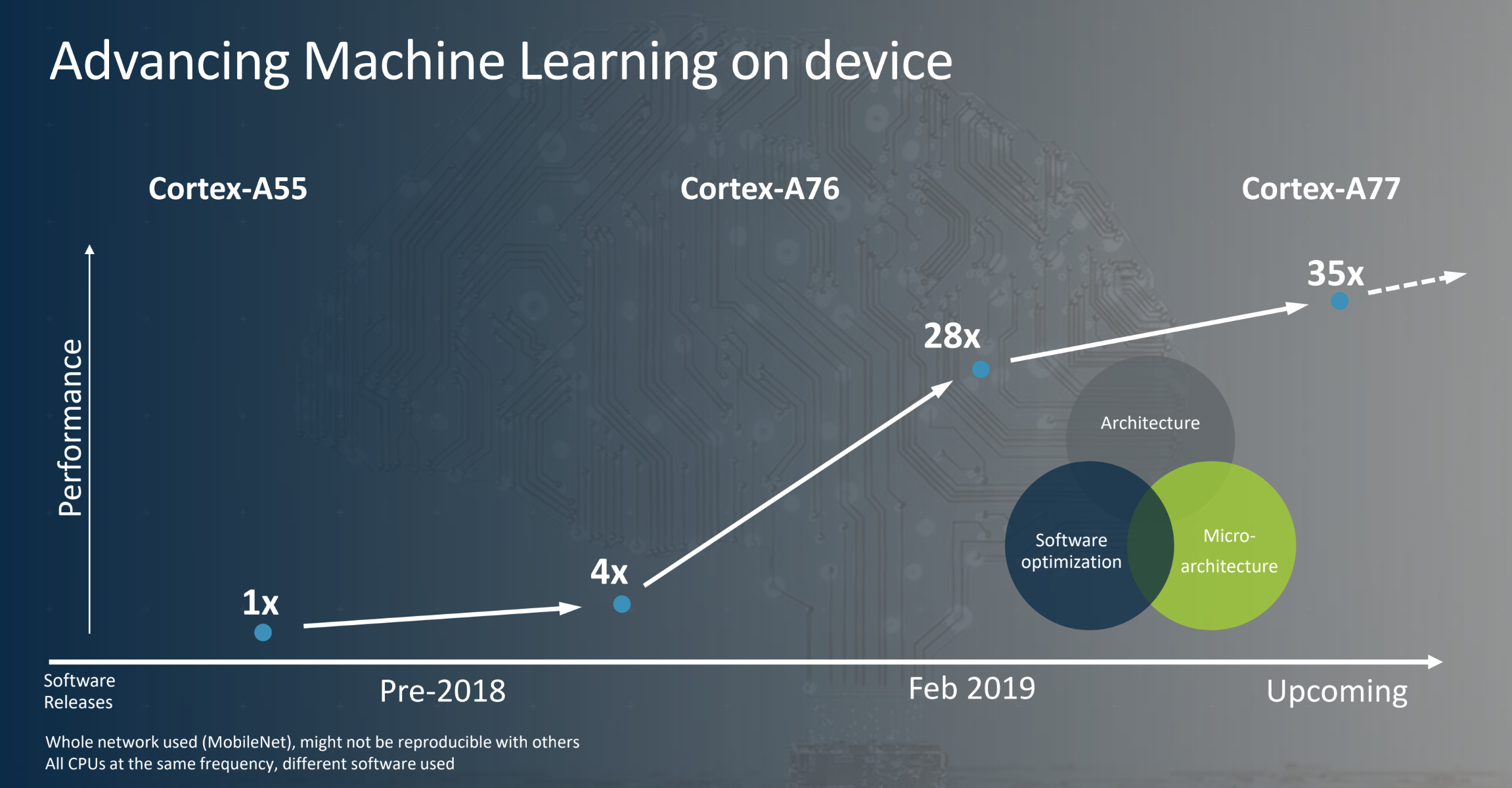 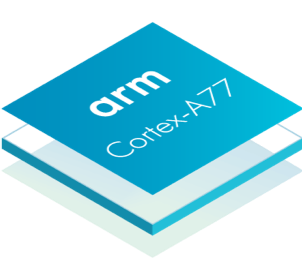 Like with every new generation of Arm CPUs, the Cortex A77 also promises to be more power efficient and offer better raw processing performance. Indeed, Arm says that it has been able to improve performance by 4x since 2013.

Another area Arm is betting on is mobile gaming — and by extension, mobile VR and AR experiences. The new Mail-G77 GPU architecture is the first one based on the company’s Valhall GPU design and promises a 1.4x performance improvement over the G76. It’s also 30 percent more energy efficient and — and I’m guessing you can spot a theme here — 60% faster at running machine learning inference and neural net workloads.

For the machine learning processor, Arm notes that it already offers Project Trillium, its heterogeneous machine learning compute platform that runs in combination with the company’s CPUs. Since announcing Trillium last year, the company has managed to bring up energy efficiency by 2x and scaled performance up to 8 cores and 32 TOP/s.

“Every new smartphone experience begins with more hardware performance and features to enable developers to unleash further software innovation,” the company notes in today’s announcement. “For developers, the CPU is more critical than ever as it not only handles general-compute tasks as well as much of the device’s ML compute which must scale beyond today’s limits. The same holds true for more immersive untethered AR/VR applications, and HD gaming on the go.”