1. WikiLeaks’ Assange charged under the Espionage Act in a ‘major test case’ for press freedom

According to the newly unsealed indictment, Assange faces 17 new charges — including publishing classified information — under the Espionage Act, a law typically reserved for spies working against the U.S. or whistleblowers and leakers who worked for the U.S. intelligence community.

2. Lime’s founding CEO steps down as his co-founder takes control

Lime announced co-founder and chief executive officer Toby Sun will transition out of the C-suite to focus on company culture and R&D. Brad Bao, a Lime co-founder and longtime Tencent executive, will assume CEO responsibilities.

3. The US Senate is coming after ‘loot boxes’

A new Senate bill asserts that “pay-to-win” transactions that give users a nominal advantage for a fee, or loot boxes, which allow users to essentially play a slot machine for rare and important items, are bad for minors and need to be banned. 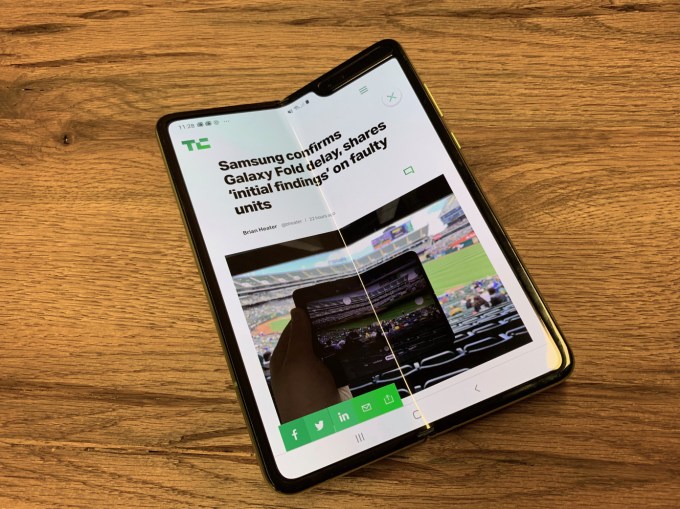 A note from Best Buy cites “a plethora of unforeseen hiccups,” and adds, “Because we put our customers first and want to ensure they are taken care of in the best possible manner, Best Buy has decided to cancel all current pre-orders for the Samsung Galaxy Fold.”

Among other things, Prospress has developed WooCommerce Subscriptions, a recurring payment solution specifically designed for WooCommerce.

Following lackluster buy-in from creators loathe to shoot in a proprietary format that’s tough to reuse, IGTV is retreating from its vertical-only policy.

Handshake is a New York startup that offers a commerce platform for businesses that sell wholesale goods.