Just ahead of the launch of the Apple Card, a startup that has its own take on modernizing the credit card industry, Zero, is announcing the close of its $20 million Series A. The new round of funding was led by New Enterprise Associates (NEA), and brings Zero’s total raised to date to $35 million, including both equity and debt funding.

Other investors in the round include SignalFire, Eniac Ventures, Nyca Partners and some unnamed school endowments. Zero had previously announced an $8.5 million raise in fall 2017, led by Eniac, and had raised $7 million in venture debt from Silicon Valley Bank.

Zero has a clever idea that targets millennials’ hesitance to sign up for credit cards.

Today, only 33% of millennials have a major credit card, a Bankrate survey found — largely because they’re wary of falling into the vicious debt cycle. Instead, this younger demographic often only carries a debit card. But that also means they’re missing out on credit card benefits — like points, rewards and cash back.

Zero’s idea is to offer a rewards credit card that works like debit.

The Zerocard itself is a World Mastercard, so it earns credit card cash back. But unlike a traditional credit card, it’s combined with an FDIC-backed checking account called Zero Checking. That means Zerocard and Zero Checking work together in the app, allowing cardholders to see one net number they can spend from.

That way, they won’t make the mistake of accidentally going over budget, as is often the case with traditional credit cards, which then benefit from charging interest on the unpaid balance.

Zero co-founder and CEO Bryce Galen says he had always liked optimizing his personal finances, but didn’t see the value in overspending to chase rewards.

“People spend 10 to 15% more on average just because they’re putting it on a credit card, and not seeing where they stand all the time,” he says. “Spending 10 to 15% more to chase 1 to 2% in rewards doesn’t make sense.”

Plus, he adds, “half of all credit card points are never even redeemed.”

With Zerocard, the company does away with other credit card annoyances as well.

Zerocard doesn’t charge annual fees like many traditional credit cards do. And Zero Checking doesn’t add any additional ATM fees beyond what the ATM owner charges. It also does away with foreign transaction fees, minimum balance fees and overdraft fees — like many of today’s challenger banks.

Meanwhile, the Zero app is built with an eye toward what makes apps great.

Overall, Zero’s design feels clean and simple, compared to the cluttered and dated apps from traditional banks. It has smart features, too, like a detailed transaction view that shows the vendor’s logo and location on a map to make it easier to recognize purchases. 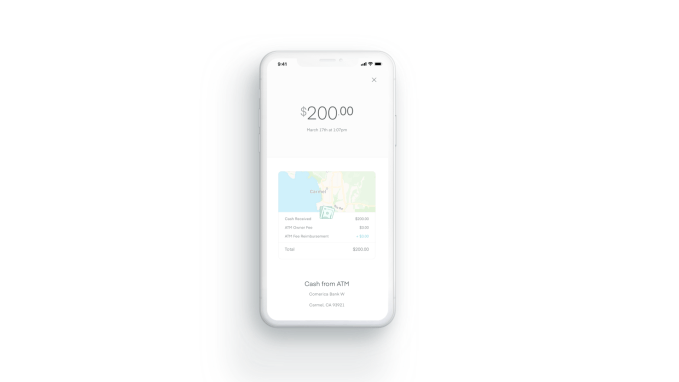 “Zero creates an innovative debit-style experience, with an elegant design, and truly compelling rewards. It’s a fabulous banking experience,” said Hans Morris, managing partner of Nyca Partners and former president of Visa, Inc., in a statement. “Few people understand how complex it is to launch either a credit card or a checking account program, and I believe Zero is the first U.S. startup to launch both,” he said.

Zero launched in November 2018, but only to a small number of customers. Though officially open for business, it was functioning more like a public beta — though it didn’t call it that at the time. Meanwhile, its waitlist continued to grow.

Today, there are still 204,000 people waiting to be allowed in — something that Galen says is now going to happen.

“We haven’t launched to everyone on the waitlist yet, but we expect to within the next few weeks,” he says.

Another interesting twist on traditional credit cards is Zero’s path to card upgrades: it encourages but also rewards customers for telling their friends. By doing so, customers gain access to better-looking cards and higher cash-back percentages. 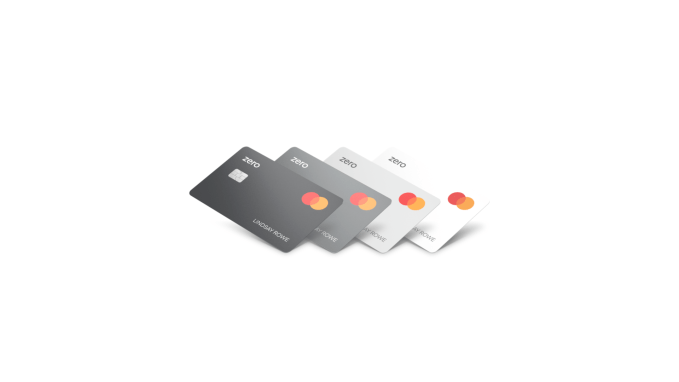 Zero customers start with a “Quartz” card offering 1% back on purchases. When a friend they refer joins, they receive a higher-level card called “Graphite” that offers 1.5% back. Two friends earns you the “Magnesium” card with 2% back and four friends gets you the “Carbon” card with 3% back. The Magnesium and Carbon cards are also solid metal, capitalizing on the millennial trend of wanting their cards to look cool. And metal cards are in particular demand.

To receive the full cash-back rates, customers have to pay their balances in full by the due date, Zero says.

The company has partnered with Salt Lake City-based WebBank to issue the card, and deposits are held at Memphis-based Evolve Bank & Trust, an FDIC member. Zero makes money primarily on interchange and interest on deposits.

While some users may leave balances on the card that generate interest, Zero isn’t focused on that aspect of the business for revenue generation. 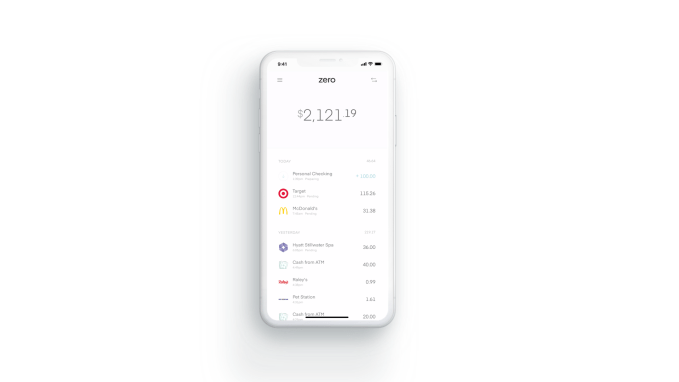 “Most companies in fintech today are launching undifferentiated debit cards as a feature or extension to their product for an additional engagement and monetization stream,” says Rick Yang, partner at NEA, as to why he invested.

“Zero is completely focused on their card programs and building a differentiated solution that actually provides a value proposition that resonates with consumers. We’ve also been fascinated by the growth of debit outpacing credit, and we think that our solution gives consumers the best of both worlds,” he adds.

Zero is currently iOS-only, but is working on an Android version that is expected to be ready in August.