DefinedCrowd, the Startup Battlefield alumnus that produces and refines data for AI-training purposes, has just debuted iOS and Android apps for its army of human annotators. It should help speed up a process that the company already touts as one of the fastest in the industry.

It’s no secret that AI relies almost totally on data that has been hand-annotated by humans, pointing out objects in photos, analyzing the meaning of sentences or expressions and so on. Doing this work has become a sort of cottage industry, with many annotators doing it part time or between other jobs.

There’s a limit, however, to what you can do if the interface you must use to do it is only available on certain platforms. Just as others occasionally answer an email or look over a presentation while riding the bus or getting lunch, it’s nice to be able to do work on mobile — essential, really, at this point. 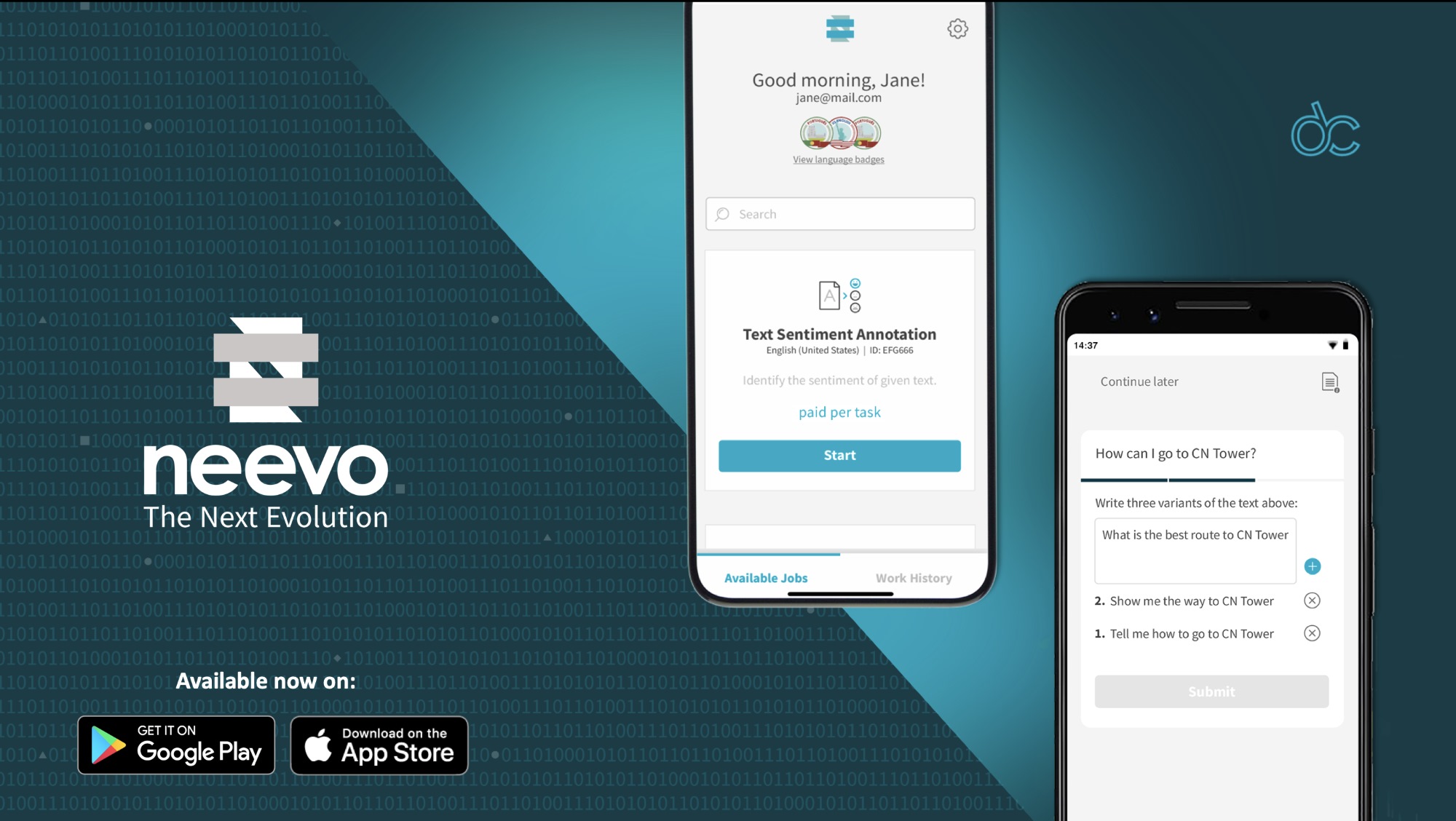 To that end, DefinedCrowd has made its own app, which shares the Neevo branding of the company’s annotation community, that lets its annotators work whenever they want, tackling image or speech annotation tasks on the go. It’s available on iOS and Android starting today.

It’s a natural evolution of the market, CEO Daniela Braga told me. There’s a huge demand for this kind of annotation work, and it makes no sense to restrict the schedules or platforms of the people doing it. She suggested everyone in the annotation space would have apps soon, just as every productivity or messaging service does. And why not?

The company is growing quickly, going from a handful of employees to over a hundred, spread over its offices in Lisbon, Porto, Seattle and Tokyo. The market, likewise, is exploding as more and more companies find that AI is not just applicable to what they do, but is not out of their reach.