Google is doing something similar for Android users on Google Play.

For starters, Apple’s new Siri shortcuts are available today in a featured collection at the top of the Shortcuts app. The collection includes a variety of shortcuts aimed at helping users more quickly perform everyday tasks.

For example, there’s a new “Help Message” shortcut that will send your location to an emergency contact, a “Meeting Someone New” shortcut designed to speed up non-verbal introductions and communication, a mood journal for recording thoughts and feelings, a pain report that helps to communicate to others the location and intensity of your pain and several others.

Some are designed to make communication more efficient — like one that puts a favorite contact on the user’s home screen, so they can quickly call, text or FaceTime the contact with just a tap.

Others are designed to be used with QR codes. For example, “QR Your Shortcuts” lets you create a QR code for any shortcut you regularly use, then print it out and place it where it’s needed for quick access — like the “Speak Brush Teeth Routine” shortcut that speaks step-by-step instructions for teeth brushing, which would be placed in the bathroom. 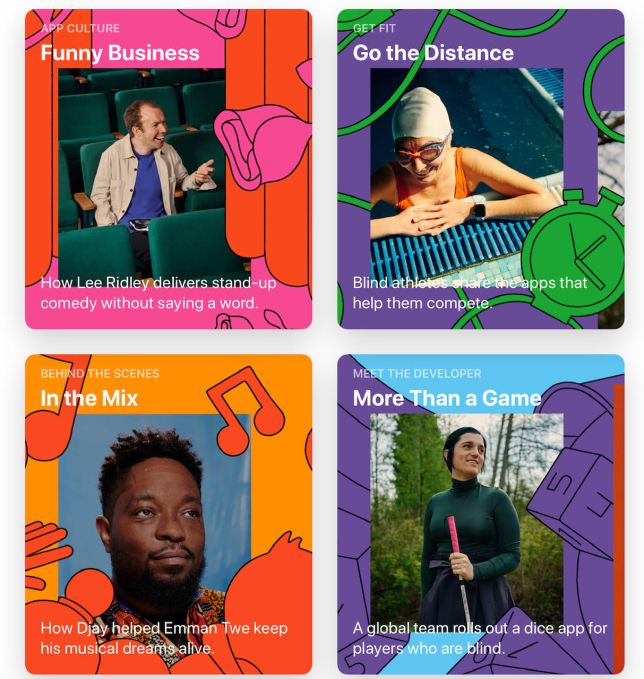 In addition to the launch of the new shortcuts, Apple added a collection of accessibility focused apps to the App Store which highlights a ton of accessibility focused apps, including Microsoft’s new talking camera for the blind called Seeing AI, plus other utilities like text-to-speech readers, audio games, sign language apps, AAC (Augmentative and Alternative Communication) solutions, eye-controlled browsers, smart home apps, fine motor skill trainers and much more.

The App Store is also today featuring several interviews with developers, athletes, musicians and a comedian who talk about how they use accessible technology. 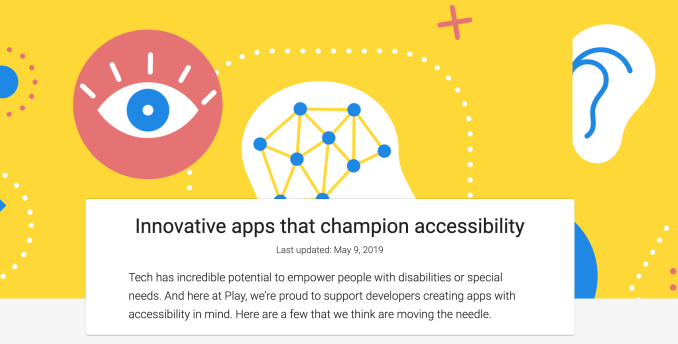 Apple is not the only company rolling out special GAAD-themed collections today. Google also unveiled its own editorial collection of accessible apps and games on Google Play. In addition to several utilities, the collection features Live Transcribe, Google’s brand-new accessibility service for the deaf and hard of hearing that debuted earlier this month at its annual Google I/O developer conference.

Though the app’s status is “Unreleased,” users can install the early version, which listens to conversations around you, then instantly transcribes them.