Last year at Google I/O, Google introduced a host of new digital well-being tools aimed at helping people better manage their screen time, track app usage and configure their device’s “do not disturb” settings. Today, Google is updating its suite of tools to include a new feature called “Focus Mode” that lets you temporarily disable distracting apps while not missing critical information, as well as a few new features for users of its parental control software, Family Link, which is now part of the Android OS.

With Focus Mode, a new feature for Android devices, you can turn off the apps you personally find distracting while you’re trying to sit down and get things done. For example, you could disable updates from distracting social media apps or email, but could choose to leave texting on so family members could reach you in an emergency.

Though not mentioned during the announcement, the feature also could help people enjoy their devices in their downtime — like streaming from Netflix without getting bothered by Slack notifications and work email. That’s not necessarily a way to reduce screen time — which is what a lot of today’s digital well-being features provide. Instead, it’s about finding balance between when it’s time to work and when it’s not, and what things deserve our attention at a given time.

Also unveiled today at Google I/O were new features for Family Link, Google’s software that lets parents control what kids can do on their devices, and track their usage.

Now, parents can set time limits on specific apps instead of just “screen time” in general. This is similar in a way to what Amazon’s FreeTime parental controls offer, as they allow parents to require that kids finish their reading before they can play games, for example. In Google’s case, it’s instead allowing parents to limit certain apps they believe are distractions to children. 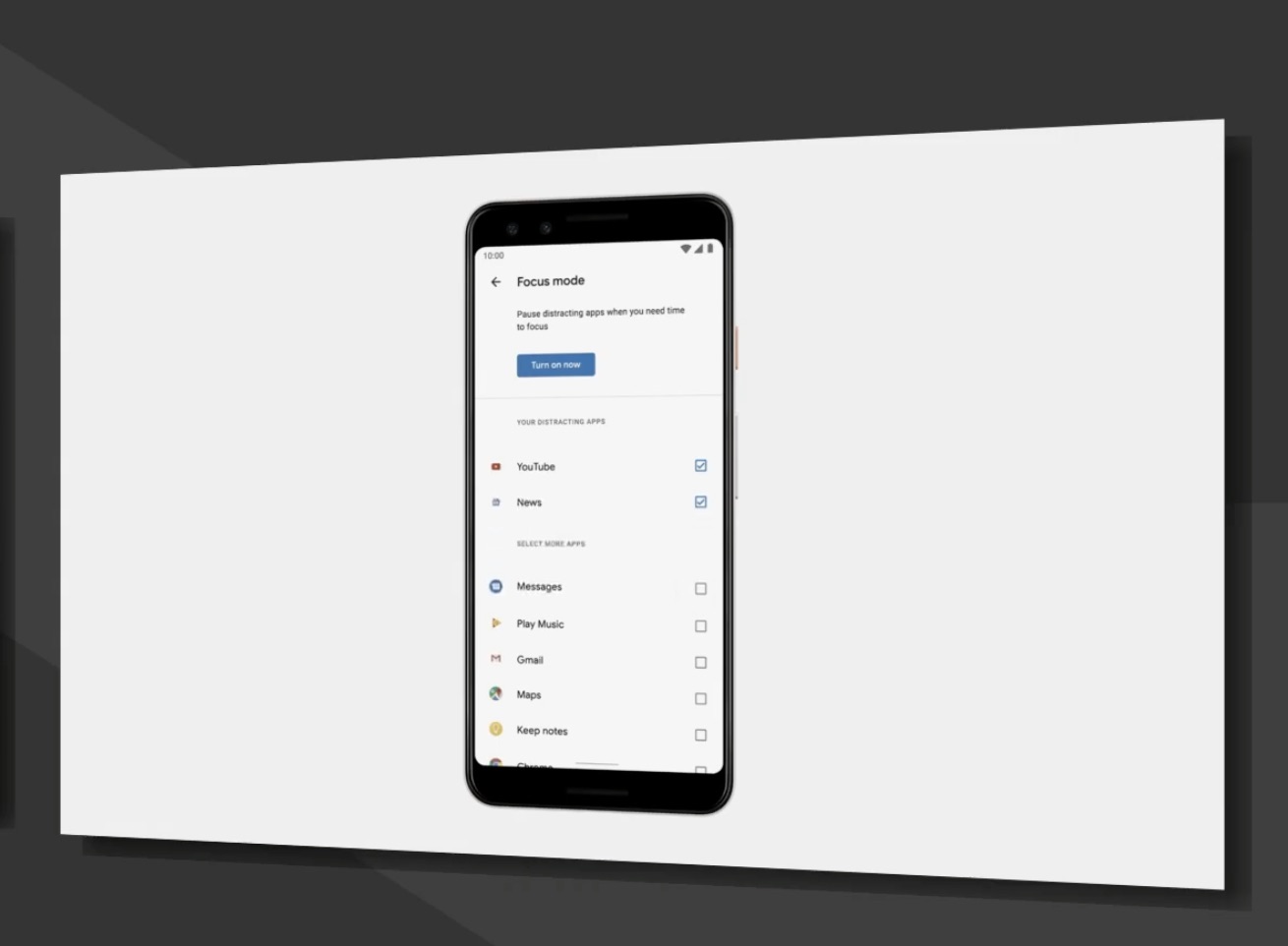 Another new feature will allow parents to give kids extra screen time, or “bonus time.”

This could help kids who need just a few more minutes to wrap up what they’re doing on their device, or could be doled out as a reward, depending on how parents wanted to use the feature.

The company also announced it’s making Family Link part of every Android device, beginning with Android Q. That means Family Link will become accessible from device settings, instead of being an optional app parents can choose to download. You’ll find it under the “digital well-being and parental controls” in Android Q devices rolling out later this summer, says Google.

“We’re spending a lot of time on phones, and people tell us, sometimes they wish they spent more time on other things. We want to help people find balance and digital well-being. And yes, sometimes this means making it easier to put your device away entirely, and focus on the times that really matter,” said Stephanie Cuthbertson, senior director for Android.

She said these tools were already proving useful, as 90% of app timers helped users stick to their goals and there was a 27% drop in nightly usage thanks to Wind Down. However, the company didn’t share how many users were taking advantage of the digital well-being features as a whole.