WorldCover, a New York and Africa-based climate insurance provider to smallholder farmers, has raised a $6 million Series A round led by MS&AD Ventures.

Y Combinator, Western Technology Investment and EchoVC also participated in the round.

The startup currently operates in Ghana, Uganda and Kenya. With the new funding, WorldCover aims to expand its insurance offerings to more emerging market countries.

“We’re looking at India, Mexico, Brazil, Indonesia. India could be first on an 18-month timeline for a launch,” WorldCover co-founder and chief executive Chris Sheehan said in an interview.

The company has served more than 30,000 farmers across its Africa operations. Smallholder farmers are those earning all or nearly all of their income from agriculture, farming on 10-20 acres of land and earning around $500 to $5,000, according to Sheehan. 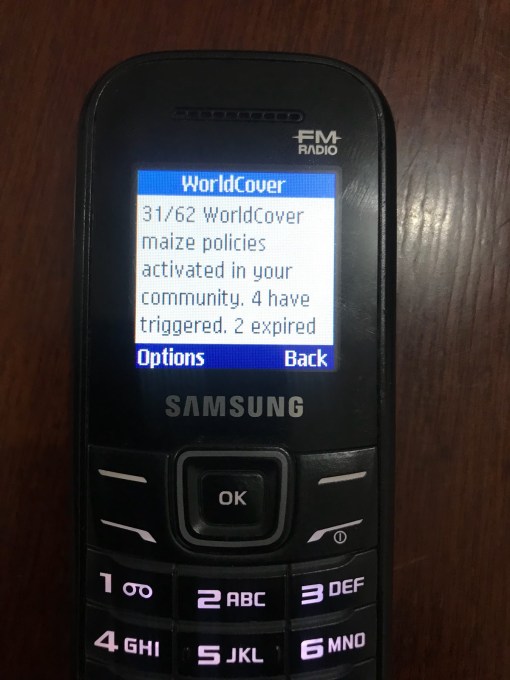 Farmers connect to WorldCover by creating an account on its USSD mobile app. From there they can input their region and crop type and determine how much insurance they would like to buy and use mobile money to purchase a plan. WorldCover works with payments providers such as M-Pesa in Kenya and MTN Mobile Money in Ghana.

The service works on a sliding scale, where a customer can receive anywhere from 5x to 15x the amount of premium they have paid. If there is an adverse weather event, namely lack of rain, the farmer can file a claim via mobile phone. WorldCover then uses its data-analytics metrics to assess it, and, if approved, the farmer will receive an insurance payment via mobile money.

Common crops farmed by WorldCover clients include maize, rice and peanuts. It looks to add coffee, cocoa and cashews to its coverage list. 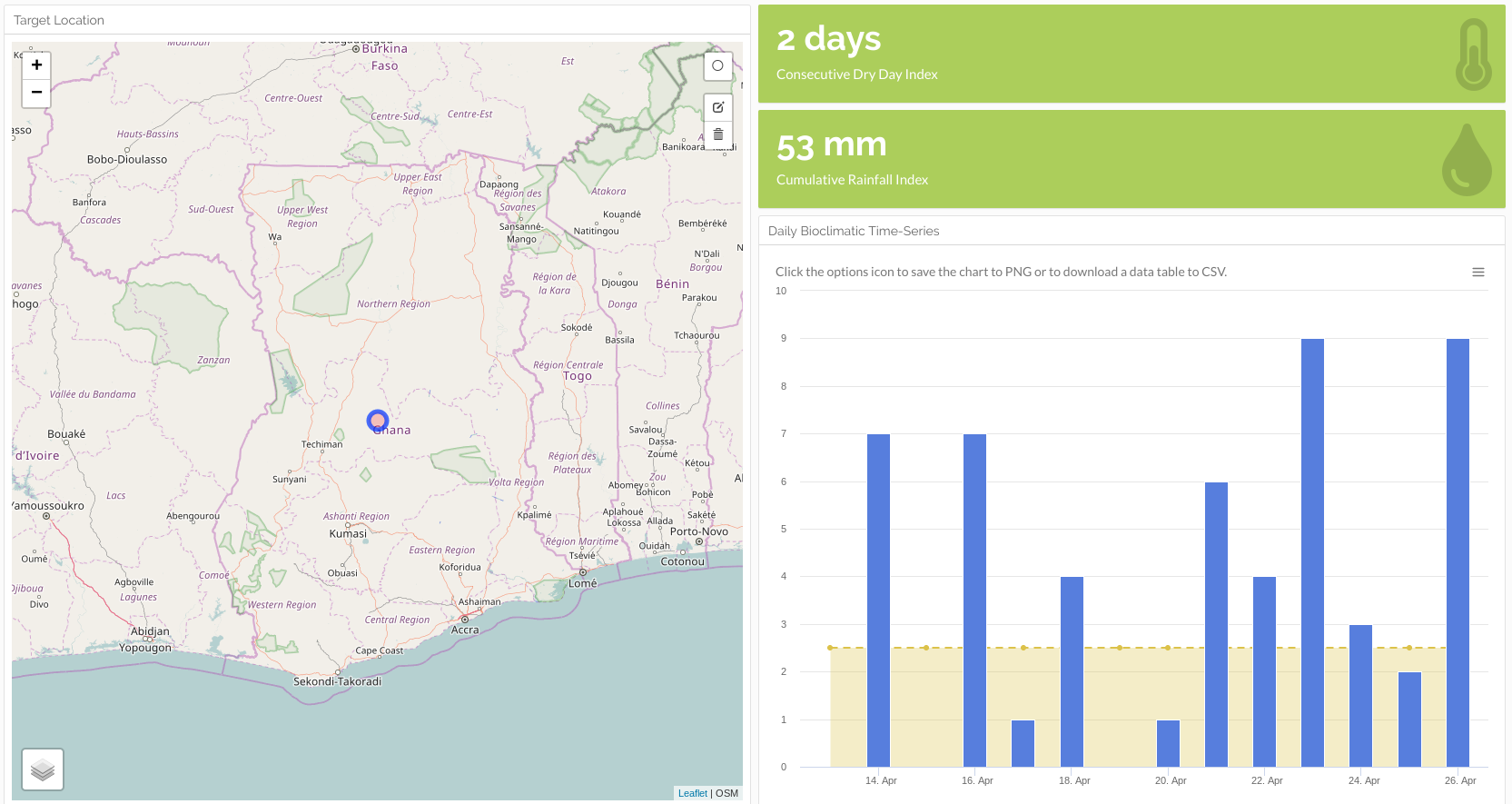 For the moment, WorldCover only insures for events such as rainfall risk, but in the future it will look to include other weather events, such as tropical storms, in its insurance programs and platform data analytics.

The startup’s founder clarified that WorldCover’s model does not assess or provide insurance payouts specifically for climate change, though it does directly connect to the company’s business.

“We insure for adverse weather events that we believe climate change factors are exacerbating,” Sheehan explained. WorldCover also resells the risk of its policyholders to global reinsurers, such as Swiss Re and Nephila.

On the potential market size for WorldCover’s business, he highlights a 2018 Lloyd’s study that identified $163 billion of assets at risk, including agriculture, in emerging markets from negative, climate change-related events.

“That’s what WorldCover wants to go after…These are the kind of micro-systemic risks we think we can model and then create a micro product for a smallholder farmer that they can understand and will give them protection,” he said.

With the round, the startup will look to possibilities to update its platform to offer farming advice to smallholder farmers, in addition to insurance coverage.

WorldCover investor and EchoVC founder Eghosa Omoigui believes the startup’s insurance offerings can actually help farmers improve yield. “Weather-risk drives a lot of decisions with these farmers on what to plant, when to plant, and how much to plant,” he said. “With the crop insurance option, the farmer says, ‘Instead of one hector, I can now plant two or three, because I’m covered.’ ”

Insurance technology is another sector in Africa’s tech landscape filling up with venture-backed startups. Other insurance startups focusing on agriculture include Accion Venture Lab-backed Pula and South Africa based Mobbisurance. 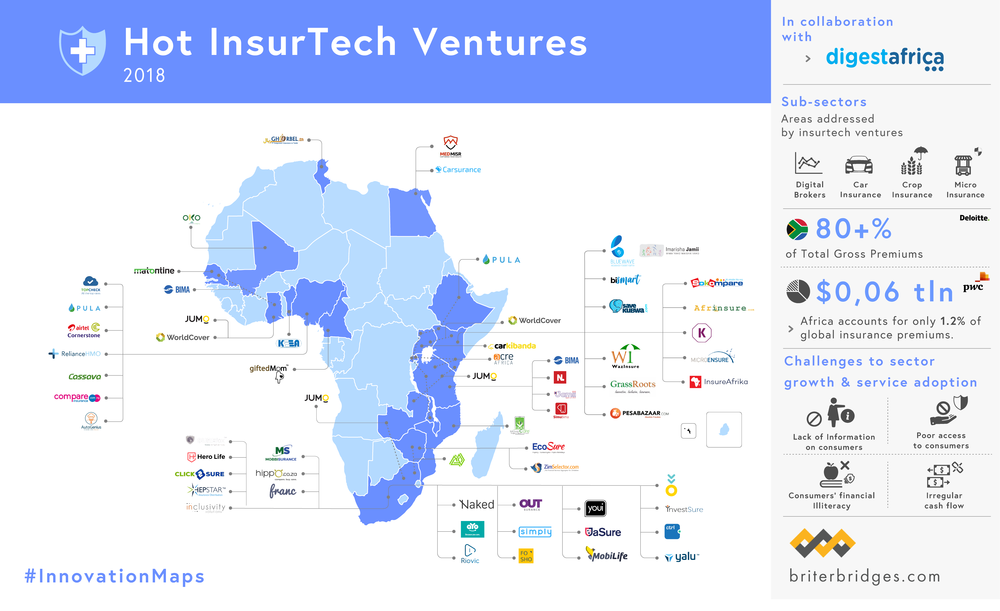 With its new round and plans for global expansion, WorldCover joins a growing list of startups that have developed business models in Africa before raising rounds toward entering new markets abroad.

In 2018, Nigerian payment startup Paga announced plans to move into Asia and Latin America after raising $10 million. In 2019, South African tech-transit startup FlexClub partnered with Uber Mexico after a seed raise. And Lagos-based fintech startup TeamAPT announced in Q1 it was looking to expand globally after a $5 million Series A round.