FlexClub, a South African startup that matches investors and drivers to cars for ride-hailing services, closed a $1.2 million seed round led by CRE Venture Capital.

The company will use the financing to add team members and expand off the continent through a partnership with Uber Mexico.

FlexClub touts itself as a “gig economy investment platform” that is creating new asset classes in emerging markets, according to chief executive and co-founder Tinashe Ruzane.

That asset class, for now, is ride-hail vehicles. FlexClub allows investors to go on the site and purchase a car (ultimately managed and serviced by FlexClub). The startup then connects that car to an Uber driver who uses earnings to pay a weekly rental charge.

Those fees generate monthly, fixed-rate interest income for the investor. The driver has the option of buying the car after the 12 months, with a descending purchase price over time. 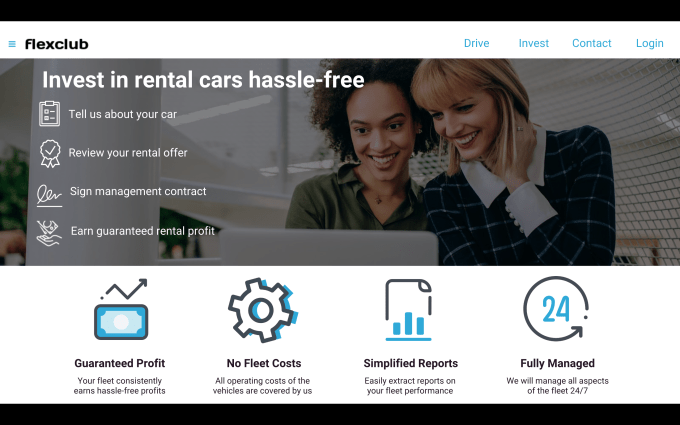 FlexClub’s platform manages the investment, rental income, and disbursement of funds across all parties. The startup also handles insurance, maintenance, and upkeep of the cars.

Ruzane envisions this as a model to finance multiple asset classes in emerging markets — where lending options are fewer for individuals who may not have credit histories.

“Our goal is to make this completely passive… where investors can invest in different kinds of assets on our platform, login to a dash, and see this is how my five cars in South Africa are doing, my vans in Mexico, my motorbikes in Indonesia — with a diversified portfolio around the world,” he explained.

FlexClub currently operates in South Africa and has relationships with several car dealers. It generates revenue by charging a percentage of the rental income to investor club members. “We don’t disclose revenue figures but we have $3 million in assets under management in South Africa,” Ruzane said.

“We think there’s a transformation of urban mobility in frontier markets…from Uber to scooters to motorbike markets,” says CRE Venture Capital partner Pardon Makumbe. “There’s also a massive young international employee population that is ready to work for Uber or other fulfillment and logistics companies…but the price point to own the producing asset, i.e., a car, can be prohibitive,” he said.

Makumbe highlighted informal scenarios where ride-hail drivers in markets such as South Africa borrow cars from friends or family members on uncertain terms. “FlexClub is solving this supply-demand problem by productizing and standardizing the exchange between asset owners and those who use the asset,” he said.

FlexClub will begin work matching investors to cars and Uber drivers in Mexico in April. A representative of Uber Mexico confirmed the partnership to TechCrunch.

FlexClub spun off of Ruzane’s time at Uber as head of vehicle solutions for EMEA—where he worked on programs to extract the friction out of driver, car arrangements. On why the global ride-hail company didn’t hold programs like FlexClub in house, “I think the board took the view that Uber should not be directly involved in the provision of vehicles,” Ruzane said.

That paved the way for him and partners Rudolf Vavruch and Marlon Gallardo to co-found FlexClub in 2018. Ruzane drew inspiration for the startup from U.S. digital marketplace ventures, such as Roofstock.com. He also underscored emerging market specific supply-demand and credit gaps as influences for founding FlexClub. 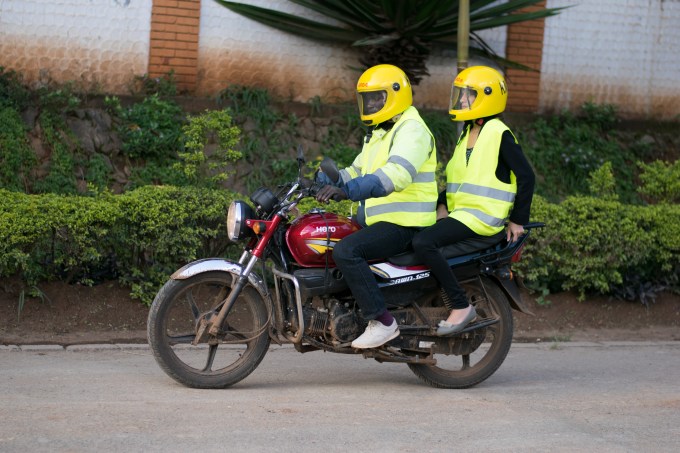 Africa’s digital mobility markets have produced some unique product options for Uber and other ride-hail companies. Uber Africa was early to adopt cash payments (as a way to attract card-less passengers) and has experimented with image based direction systems. Uber Africa and Taxify have also joined startups such as Nigeria’s Gokada and Uganda’s Safeboda to offer motorcycle and tuk-tuk ride-hail services in Africa—adapting to common use of two and three wheel taxis on the continent.

Those sub-sectors are also on the table for FlexClub, according to CEO Tinashe Ruzane. “We’re starting with cars…but expect to move to other asset classes affecting gig workers in emerging markets, including other transit options,” he said.