Honestbee, the online grocery delivery service in Asia, is nearly out of money and trying to offload its business.

The company has held early conversations with a number of suitors in Asia, including ride-hailing giants Grab and Go-Jek, over the potential acquisition of part, or all, of its business, according to two industry sources with knowledge of the talks.

Founded in 2015, Honestbee works with supermarkets and retailers to deliver goods to customers using its store pickers, delivery fleet and mobile apps. The company is based in Singapore and operates in eight markets across Asia: Hong Kong, Singapore, Taiwan, Thailand, Indonesia, Malaysia, Philippines and Japan. In some markets it has expanded to food deliveries and, in Singapore, it operates an Alibaba-style online/offline store called Habitat.

The company makes its money by taking a cut of transactions from consumer transactions, while it also monetizes delivery services separately.

Despite looking impressive from the outside, the company is currently in crisis mode due to a cash crunch — there’s a lot happening right now.

From talking to several former and current staff, TechCrunch has come to learn that Honestbee is laying off employees, it has a range of suppliers who are owed money, it has “paused” its business in the Philippines, it has closed R&D centers in Vietnam and India, it isn’t going to make payroll in some markets and a range of executives have quit the firm in recent months. 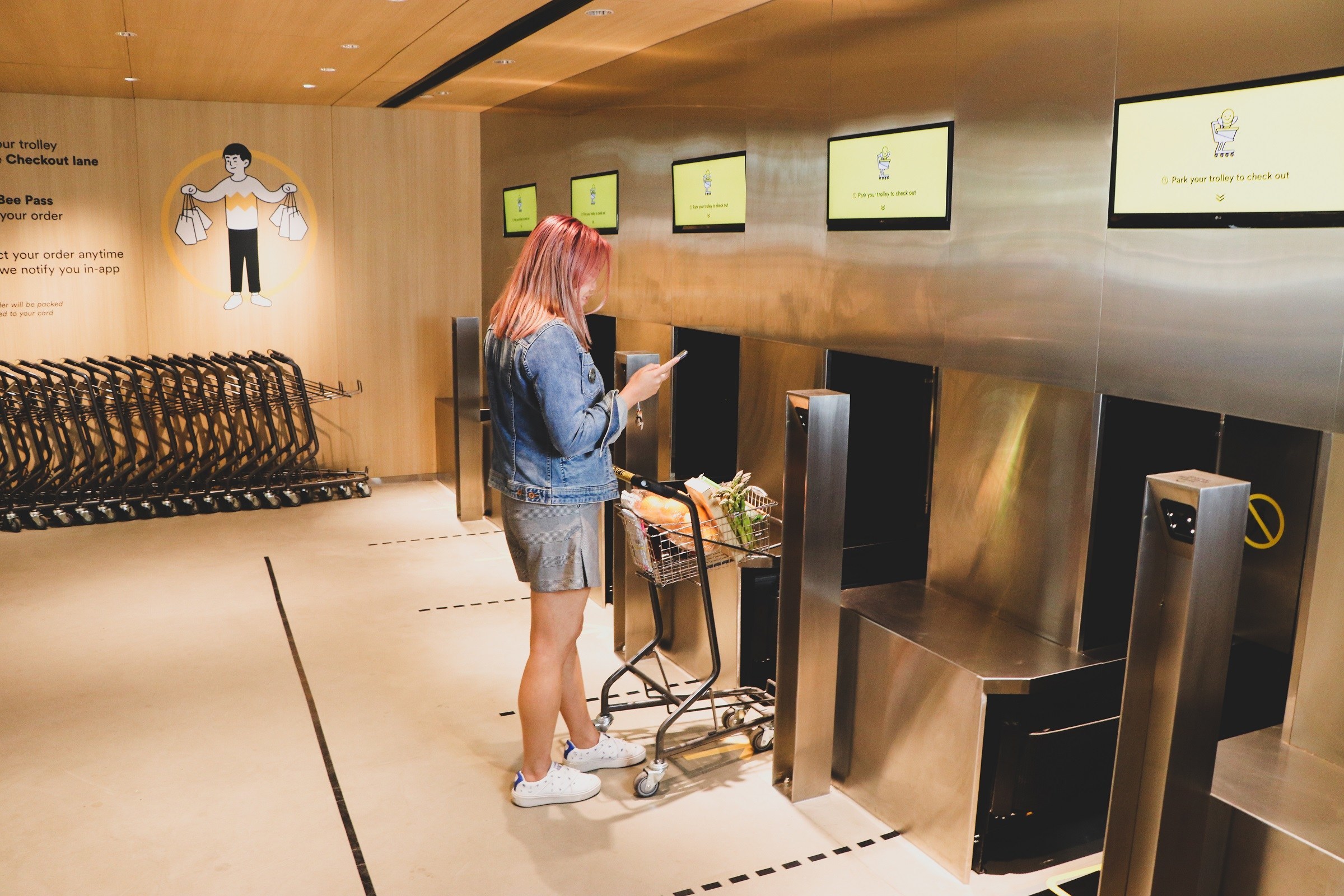 The issue is that the company is running out of money thanks to a business model with tight margins that’s largely unproven in Asia Pacific.

One source told TechCrunch that the company doesn’t currently have the funds to pay its staff this month. A source inside the company confirmed that Honestbee has told Singapore-based staff that they won’t be paid in time, but it isn’t clear about employees based in other markets. Previously, staff have been paid inconsistently — with late salary payments sent as bank transfers happening twice this year, according to the source.

One reason that the Philippines business has closed temporarily — as Tech In Asia first reported this week — is that it is out money, and waiting on Honestbee HQ in Singapore to provide further capital. Already, the saga has proven to be too much for Honestbee’s head of the Philippines — Crystal Gonzalez — who has quit the company, according to a source within Honestbee Philippines.

Gonzalez helped build Viber’s business in the Philippines, where it is a top messaging player, and she was previously with Yahoo before launching Honestbee. She is said to have grown frustrated at a lack of funds when the Philippines is the company’s best-performing market on paper.

Indeed, the situation is so dire that suppliers and partners have been paid late, or left unpaid entirely, in the Philippines and other markets. Honestbee takes payment for grocery deliveries, after which it is supposed to provide the transaction, minus its cut, to its supermarket partners. But it has been slow to pay vendors, with two in Singapore — FairPrice and U Stars — cutting ties with the startup.

On the subject of financials, Honestbee looks to be toward the end of its runway.

The company has always taken a fairly secretive line on its financing. On launch, it announced a $15 million Series A investment from Formation8, a firm which included Honestbee CEO Joel Sng as a partner, but it has said nothing more since. (It appears that Honestbee stake has transferred to the firm’s successor, Formation Group, according to its website.) Tech In Asia dug up filings last year that show it has raised a further $46 million from more Korean investors, but the startup declined to comment on its financing when contacted by TechCrunch.

It looks like that capital is nearly gone, at least based on what has been declared.

Internal numbers for Honestbee in December 2018, seen by TechCrunch, show that it lost nearly $6.5 million, with around $2.5 million in net revenue for the month. GMV — the total amount of transactions on its platform before deductions to partners — reached nearly $12.5 million in December, but costs — chiefly discounts to lure new customers and online marketing spend — dragged the company down. A former employee said that monthly retention is often single-digit percent in some markets because of the “outrageous” use of coupons to hit short-term revenue goals.

That internal data showed that the Philippines business accounted for around 40 percent of Honestbee’s overall GMV, which backs up Gonzalez’ apparent frustration at a lack of investment. That said, the Philippines unit remains some way from profitability, with a net loss of more than $1 million in December.

Three markets — Singapore, the Philippines and Taiwan — accounted for more than 80 percent of GMV and net income, making it unclear why Honestbee continues to operate in other countries, including the expensive Japanese market, when its funding level is perilously low. 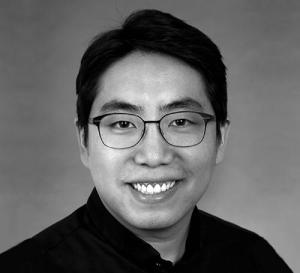 Brian Koo, whose family controls LG, is listed as a shareholder for both of Honestbee’s ventures registered in Singapore. His Formation 8 VC firm has provided significant funding for the startup.

More pertinently, operating at that burn rate would give Honestbee less than 10 months of runway if it used the $61 million capital float that it is known to have raised. That suggests that the company has raised more money; however, none of the sources who spoke to TechCrunch were able to verify whether there has been additional fundraising.

Current and former employees explained that Honestbee doesn’t have a CFO and that all high-level decisions, and particularly those around budgets and spending, are managed by CEO Sng and his right-hand man, Roger Koh, whose LinkedIn lists his current job as a principal with Formation 8.

Filings in Singapore indicate that Honestbee has $55.9 million in assets through two registered companies. A common shareholder across the two is Brian Koo, a member of the LG family who founded the Formation 8 fund, and the Formation Fund which launched after Formation 8 was shuttered.

Layoffs and a potential sale

While the financials are hazy, it is very clear that Honestbee is up against it right now.

The company released a statement earlier this week that makes some admissions around layoffs and restructuring but still glosses over current struggles:

In 2014, honestbee started in Singapore with the mission of providing a positive social and financial impact on the lives and businesses that we touch. Today, we are a regional business with footprints in Hong Kong, Thailand, Indonesia, Taiwan, Philippines, Japan and Malaysia.

Over the years, we have continued to be committed to our staff, partners and consumers. We have made good progress to implement new process and ways of working to remain efficient and relevant in the ever-changing business environment. The launch of habitat by honestbee in Singapore was a valuable lesson for us where it showed the potential growth in the O2O business and *it has been voted one of the must-see retail innovations in the world this year.

Following a strategic review of our company’s business, we are temporarily suspending our food verticals in Hong Kong and Thailand to simplify what we do and how we do it to better meet what our consumers want. Some roles within the organization will no longer be available. Approximately 6% of our global headcount in the organization are affected.

The status of honestbee in the remaining markets remain unchanged as we evaluate and we will continue to operate and contribute to honestbee Pte Ltd.

Sources close to the company told TechCrunch that more job losses are likely to come beyond the six percent in this statement. Executives who saw the writing on the wall have left in recent months, including the heads of business for Japan and Indonesia, a senior member of the team behind Habitat and the company’s head of people. One executive hired to raise capital for Honestbee quit within a month; he declined to comment and doesn’t list the company on his LinkedIn bio.

Secondly, Honestbee’s temporary suspension of food services in Hong Kong and Thailand isn’t likely to have a huge impact on its overall business, as groceries are the primary focus and neither market is particularly huge for the company. While Habitat has gotten attention for its forward-thinking, a physical retail store will require significant capital and it is likely, in its early days, to only increase the burn rate. Sources in the company told TechCrunch that, already, it has switched suppliers for some items as invoices went unpaid.

Despite the chaos, the potential of a sale is real.

Fresh from a recent $1.5 billion Vision Fund investment with the promise of $2 billion more this year, Grab — which is valued at $14 billion — is on a spending spree.

The Singapore-based company has pledged to make at least half a dozen acquisitions in 2019 and a deal to boost its nascent food and grocery play in Southeast Asia has some merit. Grab has the challenge of competing with Go-Jek, its $9.5 billion-valued rival that built a strong offering in Indonesia and is expanding across Southeast Asia with an emphasis on its food delivery. Grab, meanwhile, is active in eight markets across Southeast Asia and is now actively expanding from transportation services to food and more.

Likely adding to the frustration for Honestbee, its rival HappyFresh this week announced a $20 million investment. HappyFresh has undergone tough times, too. It pulled out of markets in 2016 to make its business more sustainable and today its CEO Guillem Segarra told TechCrunch that it is now operationally profitable.

Honestbee declined to respond to a range of questions from TechCrunch on whether it has plans to sell its business, its financing history and whether it has delayed paying employees.

Update: The original version of this story has been updated to note that Formation Group is not the parent of Formation 8.

If you have a tip about this story or others, you can contact TechCrunch reporter Jon Russell in the following ways: