CloudBees, the enterprise continuous integration and delivery service (and the biggest contributor to the Jenkins open-source automation server), today announced that it has acquired Electric Cloud, a continuous delivery and automation platform that first launched all the way back in 2002.

The two companies did not disclose the price of the acquisition, but CloudBees has raised a total of $113.2 million while Electric Cloud raised $64.6 million from the likes of Rembrandt Venture Partners, U.S. Venture Partners, RRE Ventures and Next47.

“As of today, we provide customers with best-of-breed CI/CD software from a single vendor, establishing CloudBees as a continuous delivery powerhouse,” said Sacha Labourey, the CEO and co-founder of CloudBees, in today’s announcement. “By combining the strength of CloudBees, Electric Cloud, Jenkins and Jenkins X, CloudBees offers the best CI/CD solution for any application, from classic to Kubernetes, on-premise to cloud, self-managed to self-service.”

Electric Cloud offers its users a number of tools for automating their release pipelines and managing the application life cycle afterward. 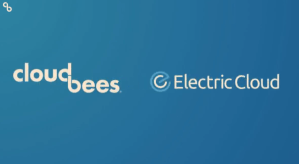 “We are looking forward to joining CloudBees and executing on our shared goal of helping customers build software that matters,” said Carmine Napolitano, CEO, Electric Cloud. “The combination of CloudBees’ industry-leading continuous integration and continuous delivery platform, along with Electric Cloud’s industry-leading application release orchestration solution, gives our customers the best foundation for releasing apps at any speed the business demands.”

As CloudBees CPO Christina Noren noted during her keynote at CloudBees’ developer conference today, the company’s customers are getting more sophisticated in their DevOps platforms, but they are starting to run into new problems now that they’ve reached this point.

“What we’re seeing is that these customers have disconnected and fragmented islands of information,” she said. “There’s the view that each development team has […] and there’s not a common language, there’s not a common data model, and there’s not an end-to-end process that unites from left to right, top to bottom.” This kind of integrated system is what CloudBees is building toward (and that competitors like GitLab would argue they already offer). Today’s announcement marks a first step into this direction toward building a full software delivery management platform, though others are likely to follow. 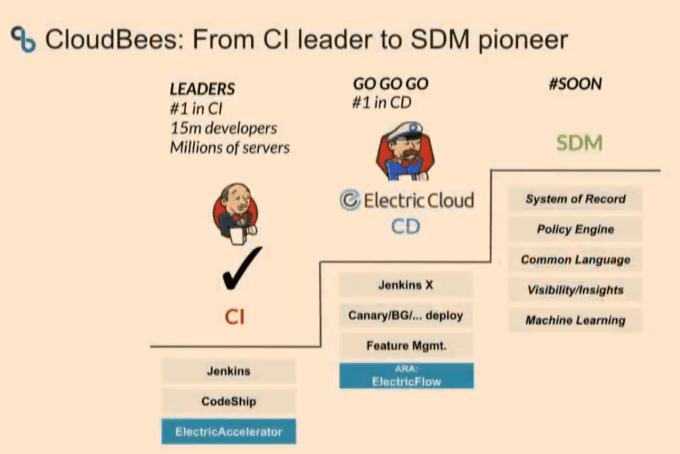 During his company’s developer conference, Labourey also today noted that CloudBees will profit from Electric Cloud’s longstanding expertise in continuous delivery and that the acquisition will turn CloudBees into a “DevOps powerhouse.”