In addition to a growing lineup of scripted fare, documentaries will be another key focus for Apple TV+, the company’s new streaming service set to launch in May. According to a new report today from Variety, Apple has hired A&E’s Molly Thompson as its head of Documentaries.

Thompson’s experience at A&E includes founding its documentary production arm, A&E IndieFilms, back in 2005. While there, several of its films earned Emmy nominations, including “Life, Animated,” “Cartel Land,” “Jesus Camp” and “Murderball.”

“Cartel Land,” “Life, Animated” and “The Tillman Story,” combined, went on to win more than a half-dozen Emmys, along with other industry awards. 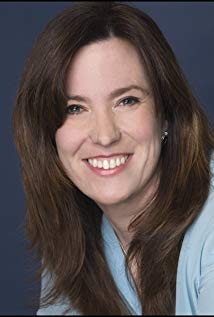 Thompson also has exec produced: “The Clinton Affair,” Charles Ferguson’s “Watergate” docu-series, “Studio 54,” “City of Ghosts,” “The Imposter,” “Drunk Stoned Brilliant Dead: The Story of the National Lampoon,” “The Unknown Known: The Life and Times of Donald Rumsfeld,” “No Place on Earth,” “Cave of Forgotten Dreams” and “Being Evel” — some of which were under A&E’s History Films banner.

Thompson’s hiring indicates Apple’s interest in bringing content that will appeal to those who don’t regularly watch traditional TV, but instead like to stream more educational fare — like documentary films and docu-series, biographies, shows with a historical focus and other non-fiction. Plus, documentaries would give Apple a way to compete early on for Emmy attention, even if its scripted series fail to gain critical praise.

Documentaries also represent another means of competing directly with Netflix, where the format has become a huge draw for subscribers — even zeitgeist-y, at times. Netflix today has a range of documentaries that nearly everyone has seen, or has at least heard of, like “Making a Murderer,” “Wild Wild Country,” “13th,” “Amanda Knox,” “Fyre,” “Amy” and many more. This month it will have another hit in this genre, with Beyoncé’s Coachella documentary, out on April 17th.

Apple has already announced a few of its documentary efforts for Apple TV+, including Oprah’s docu-series, one of which is co-produced with Prince Harry; as well as a docu-series about extraordinary homes; and Victoria Stone and Mark Deeble’s documentary about an elephant matriarch, “The Elephant Queen.” The latter, which Apple picked up at the Toronto International Film Festival, was one of its first feature film buys.