Since its launch on our stage way back in 2010, Cloudflare has focused on making the internet faster and more modern — but the mobile internet has until recently been beyond its reach. Today the company introduced a new service called Warp described as “the VPN for people who don’t know what VPN stands for.”

In case you’re one of those people, and there’s no shame in it, a VPN is a virtual private network: something that acts as an intermediary between you and the wider internet, allowing you to customize how you connect in many helpful ways, such as changing your apparent location or avoiding IP-based tracking.

The trouble with these services is that many of them just aren’t very good. Trusting a company you’ve never heard of with all your internet traffic just isn’t generally a good idea, and even the biggest and most proven VPN providers are far from household names. What’s more, they can introduce latency and performance issues, which on the mobile web are already trouble enough. In the best case they may take configuration and tweaking that casual users aren’t up to.

Warp, according to a blog post by CEO Matthew Prince, will provide many of the benefits of a VPN with none of the drawbacks, speeding up your connection while adding privacy and security. 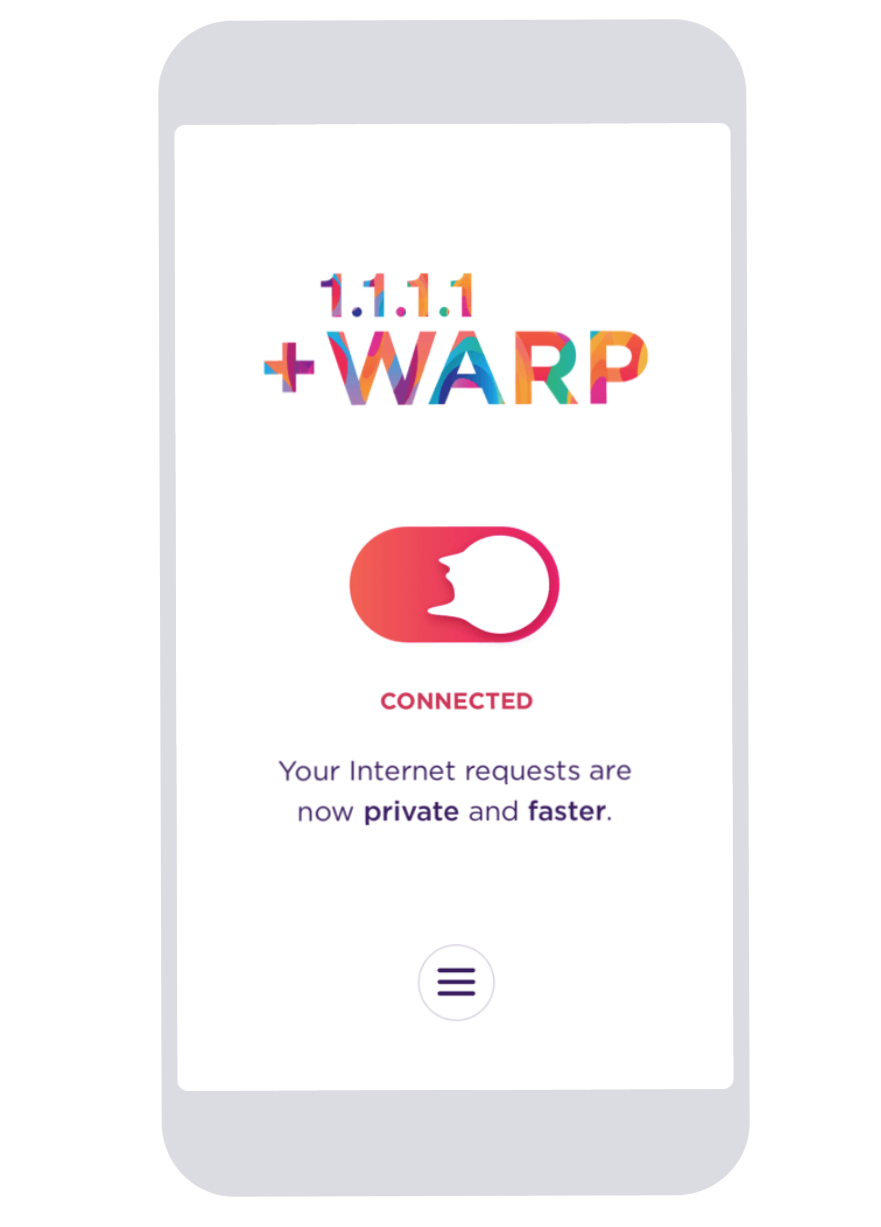 “We’ve been tinkering with this idea for three or four years,” Prince told me. Originally there was the idea of making a browser, “but that’s insane,” he said; Apple and Google would crush it. Besides, everything is going app-based and mobile — the real opportunity, they perceived, lay in the layer between those things and the broader internet: “So, a VPN, and it made all the sense in the world for us.”

But they didn’t want to simply compete with a bunch of small providers appealing to a variety of niche power users.

“To be honest, for the vast majority of existing VPN users, this is probably not the right solution for them,” admitted Prince. “If you want to change your country to access Netflix while you’re traveling, there are lots of people that offer that service, but that’s not the market we’re getting into. We wanted something with mass appeal instead of trying to cannibalize what’s out there.”

In order to become a drawback-free default for millions of users, Cloudflare didn’t so much build something from the ground up as adapt nascent work by developers on the cutting edge of networking. It rewrote the already efficient open-source VPN layer created by Wireguard to be even more so, and added a UDP-based protocol created by Neumob, a company it bought in late 2017. Add to this the large network of Cloudflare servers all around the world and it’s a recipe for a quick, secure service that could very well be both better and faster than your existing connection.

You may remember that at this time last year, Cloudflare debuted its DNS service, 1.1.1.1, both for desktops and mobile (via the 1.1.1.1 app). It’s leveraging this presence to offer Warp as an optional and free upgrade.

So what is it? When your mobile wants to make a connection for a Google search or to get an update for an app or whatever, there’s a whole process of reaching out on the internet, finding the right IP to talk to, establishing a secure connection and so on. Cloudflare’s Warp VPN (like other VPNs) takes over this process, encrypting where it otherwise might not be, but also accelerating it by passing the requests over its own network using that Neumob protocol.

The technical aspects will no doubt be exposed and inspected in time, but Cloudflare claims that using Warp should improve your connection and make it more secure, while preventing your DNS lookup data (which says exactly which sites you request to connect to) from being collected and sold. Prince said his post lacked direct comparisons to existing VPNs because they don’t think those are relevant for the millions of non-VPN-using people they’re targeting with Warp.

“Will people do comparisons? Yes. Will I retweet those when they make us look good? Yes,” Prince said. “But we don’t expect to take a lot of users from them. We want the market to expand — we want to be the biggest VPN in the world without taking a single user from any other provider.”

Part of that is the lack of some of existing VPNs’ most attractive features, such as blocking ads at the IP level. Prince said he and the others at the company were uncomfortable with the idea of picking and choosing content, not least because many of their customers are ad-supported sites. “There’s just something creepy about when the internet’s underlying pipes start making editorial decisions,” Prince said. “When we start messing with the contents of a page, even if people want us to, it sets a dangerous precedent.”

Warp can be offered for free because the company is planning a more high-end service that it’ll sell for a monthly fee. Later, an enterprise version could be sold to replace the clunky ones currently out there (which many of our readers likely have already had the pleasure of using). Prince says he envisions a day when a kid can walk into the living room at home and say, “Mom, the internet is being slow, can I use your corporate VPN?” Unlikely, but even CEOs of major infrastructure companies have dreams. Be kind.

Until then, like the rest of Cloudflare’s connectivity suite, Warp will be free and come with few if any caveats.

Well, except one — it’s not available yet. They wanted to make the announcement on April 1 because it’s exactly a year since they announced 1.1.1.1 (get it? 4/1?), but they missed the date. (“I wanted to just turn this on for everyone, but our tech operations team was like, ‘No. You’re not allowed to do that. The network would fall over.’ “) So what you can do now is get the 1.1.1.1 app and request a spot in line. Since they just announced it, the wait probably won’t be that long… oh. 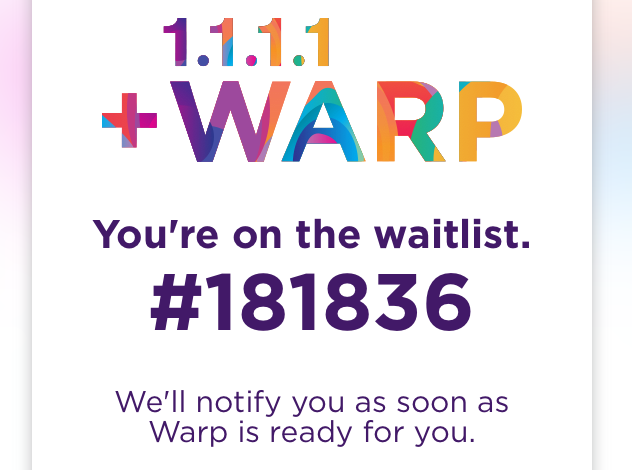