And the company showed that going electric doesn’t mean losing any of the muscle that’s intrinsic to the Harley-Davidson chrome-wheeled, fuel-injected brand. In fact, the 2019 EV debut can out-accelerate any of the company’s gas motorcycles, according to specs released today at CES.

The battery powered LiveWire will do 0-60 mph in just over 3 seconds, go 110 miles on a charge, and be available in US dealerships in August for a $29,799 MSRP.

The specs bring greater detail to the company’s pivot to electric, which will also see HD enter the e-scooter/bicycle space. Through a series of announcements in 2018, Harley-Davidson — an American symbol of internal combustion, chrome and steel — indicated it’s going all in on two-wheeled EVs.

The Milwaukee-based motorcycle manufacturer committed to release its first production e-moto last year. HD followed that up with announcements of an expanded EV line-up — including bicycles and scooters — and opened a Silicon Valley Based R&D center in late 2018.

“The LiveWire represents the future of Harley-Davidson, bringing high-performance electric propulsion…and cellular connectivity to today’s rider,” HD said today in a release. Beyond battery power, the 2019 EV production motorcycle also differs from the company’s gas line-up in offering an automatic drive-train: no clutch no gears; just twist and go.

The e-moto is equipped with an on-board Level 1 charger that plugs into a household outlet and can also be charged by a Level 3 DC Fast Charge. On charge times, the LiveWire gets 13 miles for each hour of charging using Level 1 and can reach 80 percent of charging capacity in 40 minutes at Level 3.

The new LiveWire also brings a signature sound — something of a hallmark on HD’s gas motorcycles — produced by the gear set between the motor and the drive belt.

Harley also released info on two new concept electric two-wheelers, resembling a mountain bike and a scooter, “that further explore the potential of urban mobility,” the company said. HD wouldn’t reveal any additional information on its non-motorcycle EV concepts or business plans, but it’s notable the historic motorcycle-maker also plans to enter the electric moped and bicycle space, where venture investors have deployed a great deal of capital recently. 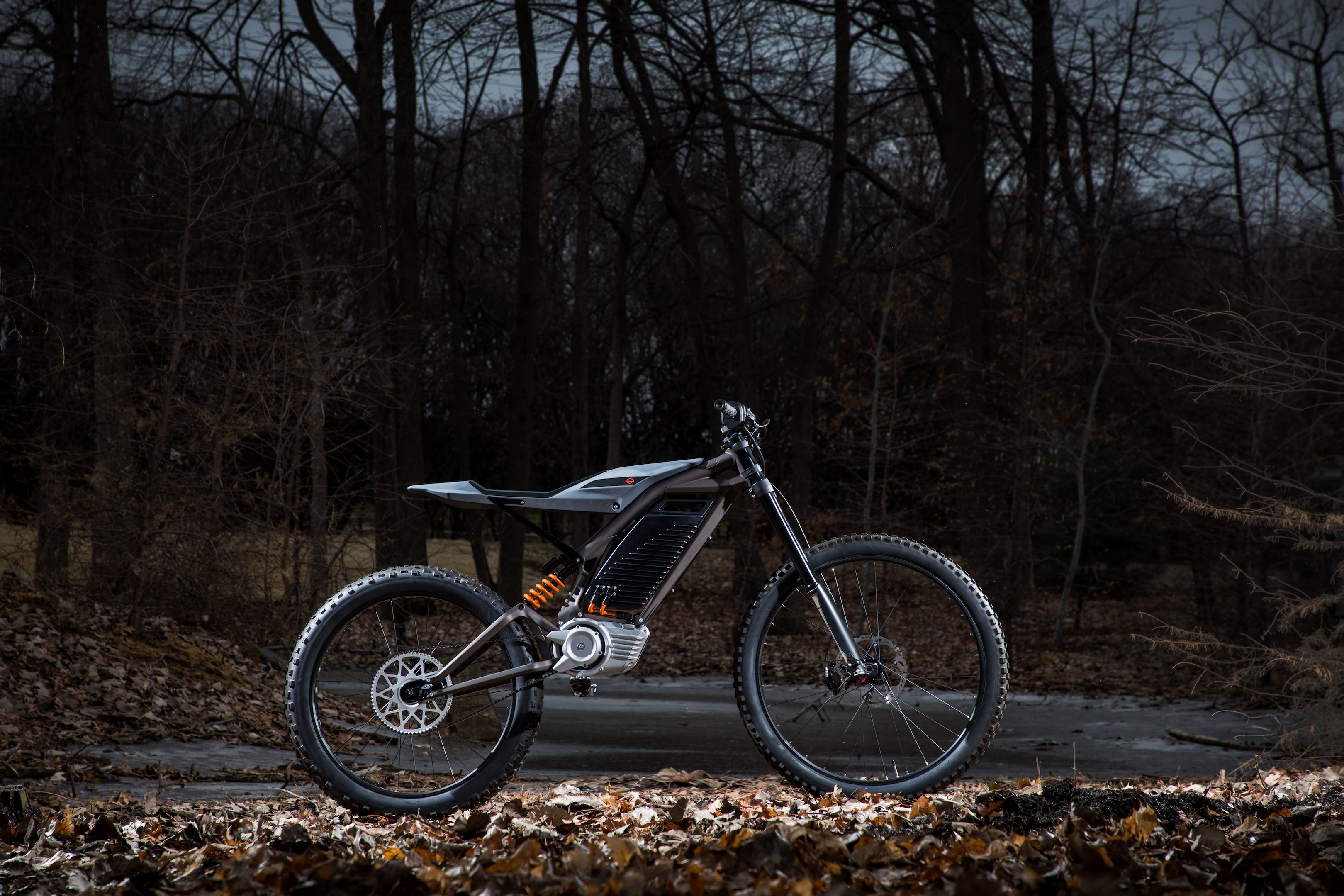 “We’re at a historic juncture in the evolution of mobility…Our vision for the future is all encompassing….for all ages, from urban professional to exurban retiree, and from commute-minded to thrill-seeking,” said, Harley-Davidson’s CEO Matt Levatich on the LiveWire and e-concept releases.

Both are signs the 115 year-old U.S. company is willing to buck convention to appeal to a younger generation and remain relevant in today’s anything but static transit market.

Something needs to be done to revitalize a U.S. motorcycle industry that has been in the doldrums since the recession.

New U.S. sales dropped roughly 50 percent since 2008, with sharp declines in ownership by everyone under 40, with the exception of women — the only growing ownership segment. By and large, motorcycle manufacturers are now competing for an aging and shrinking American buying demographic.

E-motos could be a way to change that by bringing some segment of a more tech savvy younger generation back to motorcycles. 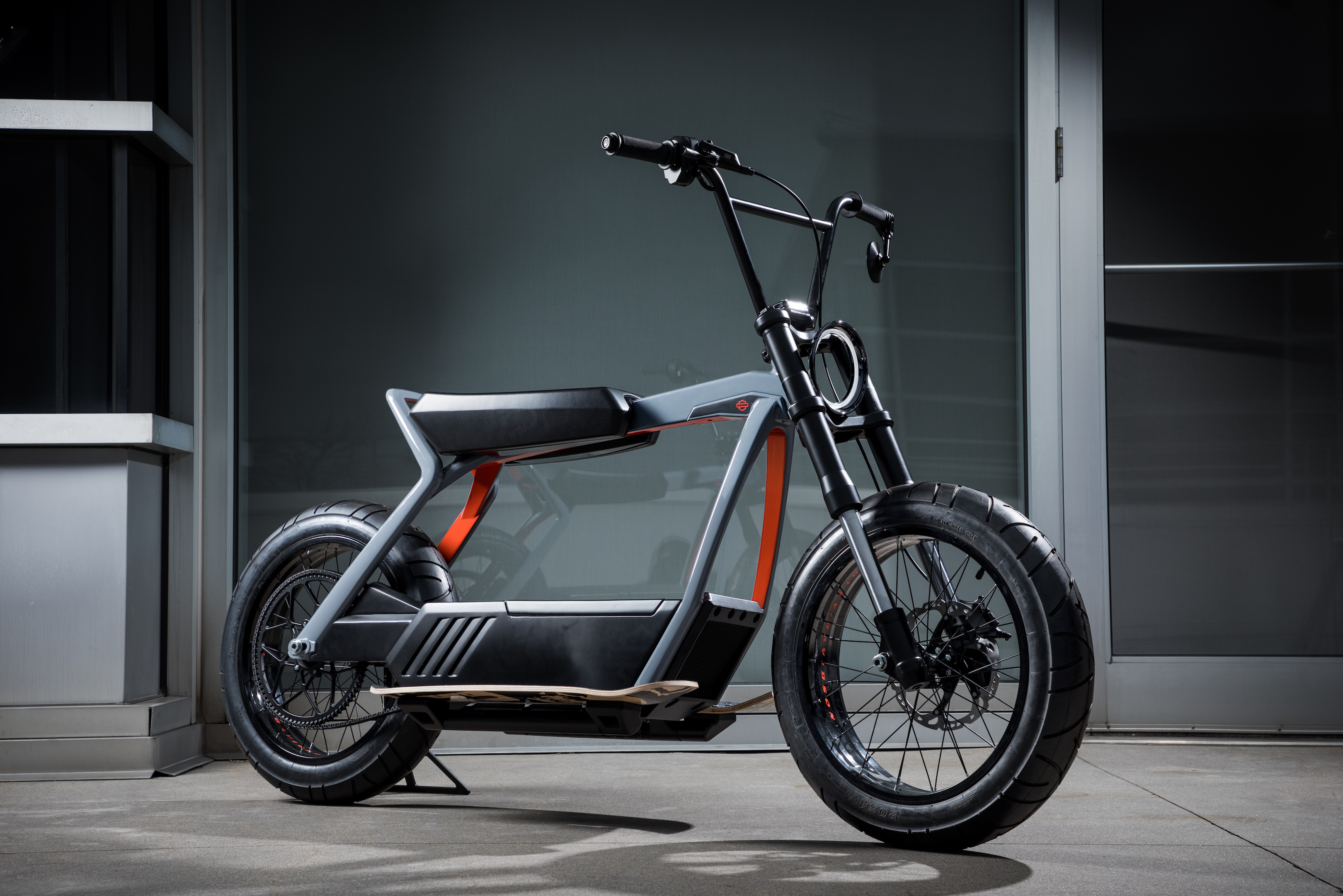 Some upstarts have entered the two-wheeled market with mixed success. Electric motorcycle startups Brammo and Mission Motors already tried and failed. And per TechCrunch’s reporting, California based Alta Motors — that had $45 million in VC — ceased operations late last year.

E-moto startups Energica and Zero Motorcycles have revved up U.S. promotion, distribution and sales. The two have extensive R&D facilities and roughly $90 million in VC among them.

The major gas names have been slower to embrace production EVs. Currently none of the big motorcycle manufacturers offer a street-legal, electric motorcycle for sale in the U.S.

With the LiveWire release — and subsequent two-wheel e-offerings — Harley-Davidson will become the first major two-wheel player to do so. The market reaction and sales stats over the next several years will determine if the company’s e-motorcycle mobility bet pays off. HD’s entry into the e-scooter/e-bicycle space will also be a major development. Look for a TechCrunch update on that soon.