At last year’s Microsoft Ignite conference, the CEOs of Microsoft, Adobe and SAP took the stage to announce the launch of the Open Data Initiative. The idea behind this effort was to make it easier for their customers to move data between each others’ services by standardizing on a common data format and helping them move their data out of their respective silos and into a single customer-chosen data lake. At this week’s Adobe Summit, the three companies today announced how they plan to expand this program as they look to bring in additional partners.

“The intent of the companies joining forces was really to solve a common customer problem that we hear time and time again, which is that there are high-value business data tends to be very siloed in a variety of different applications,” Alysa Taylor, Microsoft’s corporate vice president, Business Applications & Global Industry, told me. “Being able to extract that data, reason over that data, garner intelligence from that data, is very cost-prohibitive and it’s very manual and time-consuming.”

The core principle of the alliance is that the customers own their data and they should be able to get as much value out of it as they can. Ideally, having this common data schema means that the customer doesn’t have to figure out ways to transform the data from these vendors and can simply flow all of it into a single data lake that then in turn feeds the various analytics services, machine learning systems and other tools that these companies offer. 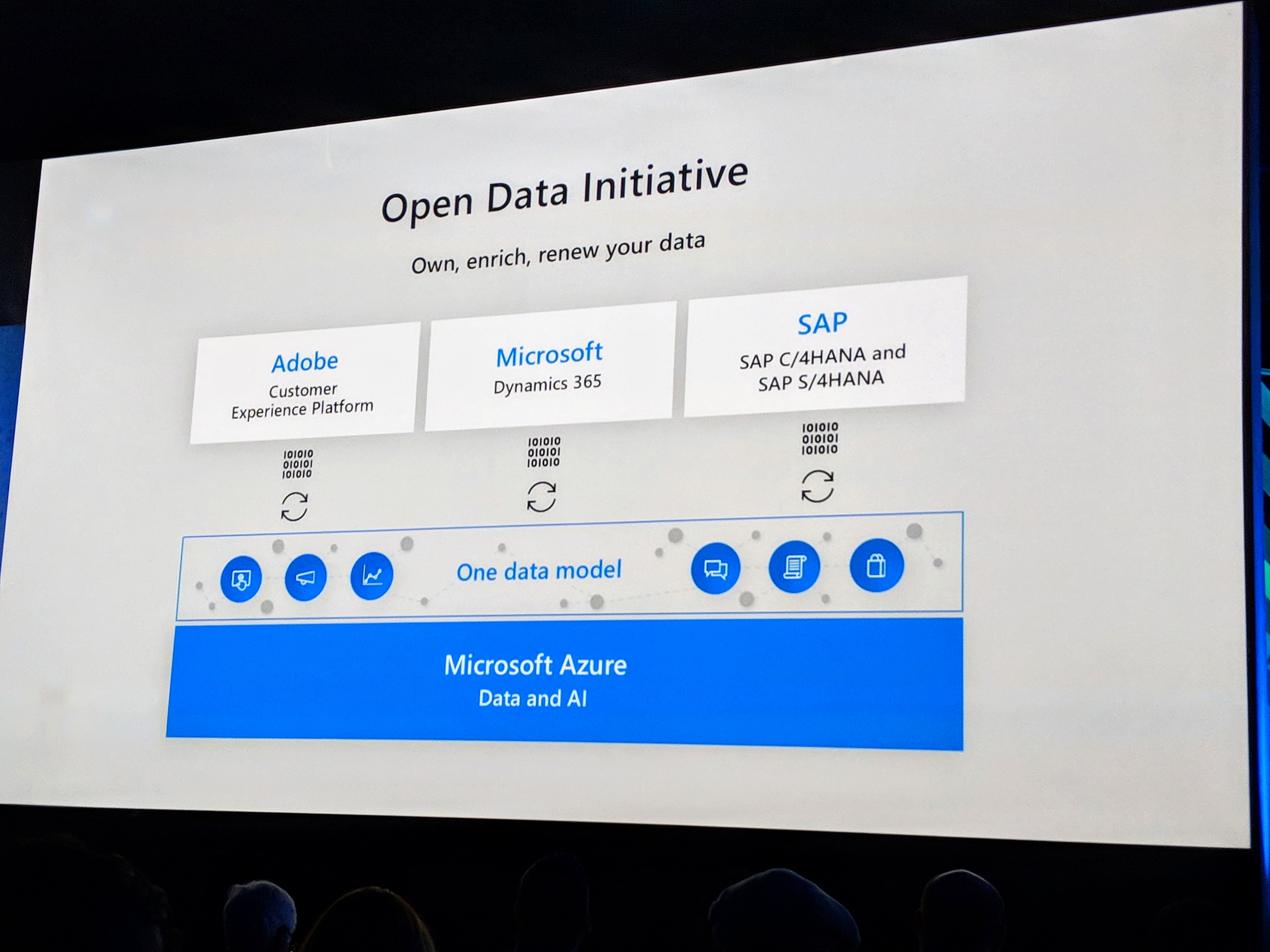 At the Adobe Summit today, the three companies showed their first customer use case based on how Unilever is making use of this common data standard. More importantly, though, they also stressed that the Open Data Initiative is indeed open to others. As a first step, the three companies today announced the formation of a partner advisory council.

“What this basically means is that we’ve extended it out to key participants in the ecosystem to come and join us as part of this ODI effort,” Adobe’s VP of Ecosystem Development Amit Ahuja told me. “What we’re starting with is really a focus around two big groups of partners. Number one is, who are the other really interesting ISVs who have a lot of this core data that we want to make sure we can bring into this kind of single unified view. And the second piece is who are the major players out there that are trying to help these customers around their enterprise architecture.”

The first 12 partners that are joining this new council include Accenture, Amadeus, Capgemini, Change Healthcare, Cognizant, EY, Finastra, Genesys, Hootsuite, Inmobi, Sprinklr and WPP. This is very much a first step, though. Over time, the group expects to expand far beyond this first set of partners and include a much larger group of stakeholders.

“We really want to make this really broad in a way that we can quickly make progress and demonstrate that what we’re talking about from a conceptual process has really hard customer benefits attached to it,” Abhay Kumar, SAP’s global vice president, Global Business Development & Ecosystem, noted. The use cases the alliance has identified focus on market intelligence, sales intelligence and services intelligence, he added.

Today, as enterprises often pull in data from dozens of disparate systems, making sense of all that information is hard enough, but to even get to this point, enterprises first have to transform it and make it usable. To do so, they then have to deploy another set of applications that massages the data. “I don’t want to go and buy another 15 or 20 applications to make that work,” Ahuja said. “I want to realize the investment and the ROI of the applications that I’ve already bought.”

All three stressed that this is very much a collaborative effort that spans the engineering, sales and product marketing groups.

Microsoft, SAP and Adobe take on Salesforce with their new Open Data Initiative for customer data