The Game Developers Conference was held last week in San Francisco and we wanted to get together to discuss what we saw at the show for Extra Crunch members.

VR, gaming engines, Unity, Unreal and Epic were just some of the topics we touched upon. But perhaps the biggest of all was Google’s new game-streaming service Stadia. Lucas had the opportunity to play with Stadia in a room at the Four Seasons and was a little underwhelmed at first.

I was playing it on a hotel TV hooked up to a laptop and I think I was connecting to a data center in San Jose which was about 50 miles away, which is definitely on the low end if they are rolling it out across the entire United States. But, when I started, the demo was a little like — I think they just had the system on for a couple of hours when I tried it and immediately it was awful. There were so many problems with it. And I was playing Doom 2016 and was just like clicking the trigger, and then a half second later it was firing a shot.

And I could just see over my shoulder just all of these, the Google execs and then the PR people, they were just like kind of making low chit chat like, “Oh shit.” Then one of these guys just grabs the controller from me and is like, “Yeah it kind of seems like we’re having some issues, we’re just going to restart the system.” 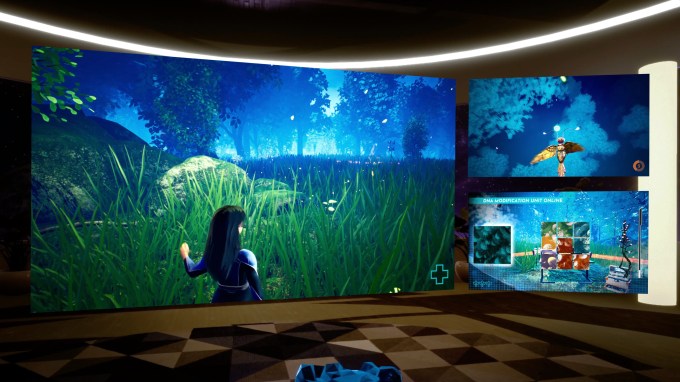 While Google Stadia was the big talk of the week, Eric had a chance to learn more about Unity and Unreal offerings, both of which unveiled a number of new features for developers, as well as their expansion into spaces beyond gaming.