Apple today unveiled a revamped Apple News app, which now includes a premium tier called Apple News+,  offering access to more than 300 magazines and newspapers for $9.99 per month. At launch, the subscription includes magazine titles like Bon Appétit, People, Vogue, National Geographic Magazine, ELLE, Glamour and others, along with top publishers like The Wall Street Journal and Los Angeles Times, and more.

TechCrunch’s premium product, Extra Crunch, is among the new participants, on the news side. Other news publishers highlighted onstage include theSkimm, Grub Street, The Highlight by Vox, The Cut, Vulture and Toronto Star.

Combined, the subscriptions provided through Apple News+ would cost more than $8,000 per year, Apple noted.

“When we created Apple news over three years ago, we wanted to provide the best way to read the news on your iPhone and iPad,” said Apple CEO Tim Cook, in introducing the company’s plans for Apple News+. “And we felt we can make a difference in the way that news is experienced and understood — a place where the news would come from trusted sources and be curated by experts,” he added.

Cook also touted how this led Apple News to become the No. 1 news application, but it wasn’t clear how the company determined this ranking — considering it’s preinstalled, it has a bit of an advantage over traditional publishers. 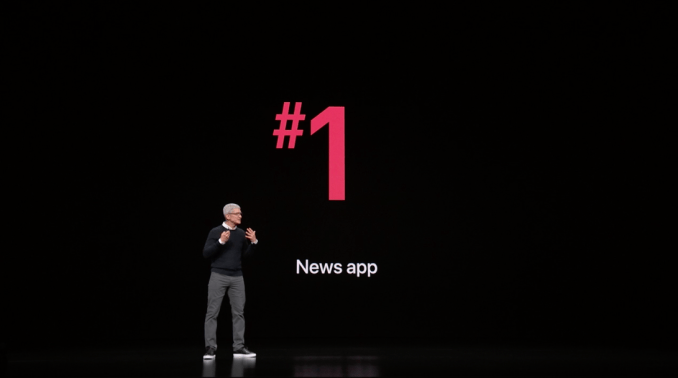 Before diving into the content, Apple introduced the premium news subscription’s new design feature, called “Live Covers,” which shows animated images instead of static photos for a magazine’s cover.

Inside the digital magazine’s pages, readers can view a table of contents, swipe through beautifully designed pages filled with text, photos and infographic content, and more. The experience looks very much like the popular digital magazine app, Flipboard. 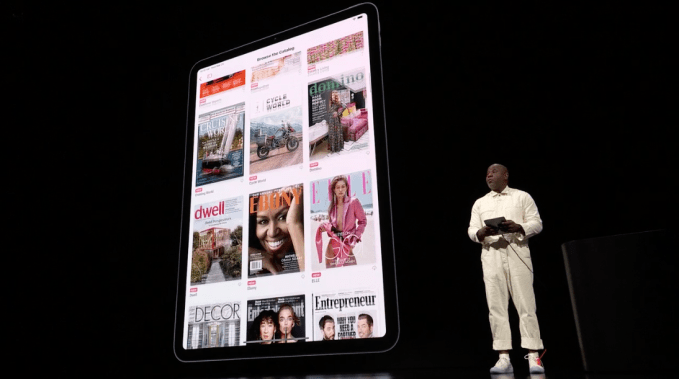 The magazine publishers can also express their own unique look and feel through their design and photography, noted Apple designer Wyatt Mitchell, in presenting the new service.

The News+ tab is where you can begin to explore the available magazines, which are organized into sections, including a curated “Featured” area, as well as by magazine category like “Business & Finance,” or “Health,” for example.

Meanwhile, the Today tab features more recommendations of articles and issues. The service will also customize itself to your interests, but won’t do so by tracking what you read.

Instead, Apple says the service will download groups of articles from its servers. And then it uses on-device intelligence to make recommendations. That means Apple won’t know what you read and won’t allow advertisers to track you either.

When you subscribe, your whole family can access the magazines through Apple Family Sharing, for the same price.

Apple had signaled its intention to enter the premium news subscription businesses when it acquired digital newsstand startup Texture in spring 2018. Shortly thereafter, reports surfaced that Apple was planning to relaunch Texture’s product as part of the existing Apple News application. The company had been courting high-profile publishers, but industry reaction was mixed.

That appears to remain the case as the service goes to launch. While it does offer The Wall Street Journal — announced ahead of today’s event — other top publishers like The New York Times and The Washington Post have chosen not to participate. (And word has it that The WSJ’s participation is limited to general interest news.)

Apple News+ is available in the U.S. and Canada, starting today. In Canada, the service will be $12.99 per month. Later this year, Apple News+ will arrive in Europe, starting with the U.K., as well as Australia.

The first month is free, before the monthly charge kicks in.