Microsoft today announced a new initiative that combines under a single umbrella all of the company’s gaming-related products for developers like Xbox Live, Azure PlayFab, Direct X, Mixer, Virtual Studio, Simplygon and Azure. That umbrella, Microsoft Game Stack, is meant to give game developers, no matter whether they are at a AAA studio or working solo, all the tools they need to develop and then operate their games across devices and platforms.

“Game Stack brings together our game development platforms, tools and services like Direct X and Visual Studio, Azure and Playfab into a robust ecosystem that any game developer can use,” said Kareem Choudhry, the corporate vice president for the Microsoft Gaming Cloud. “We view this as a journey that we are just beginning.”

It’s worth noting that developers can pick and choose which of the services they want to use. While Azure is part of Game Stack, for example, the overall stack is cloud and device agnostic. Undoubtedly, though, Microsoft hopes that developers will adopt Azure as their preferred cloud. These days, after all, most games feature some online component, even if they aren’t multiplayer games, and developers need a place to store player credentials, telemetry data and other info. 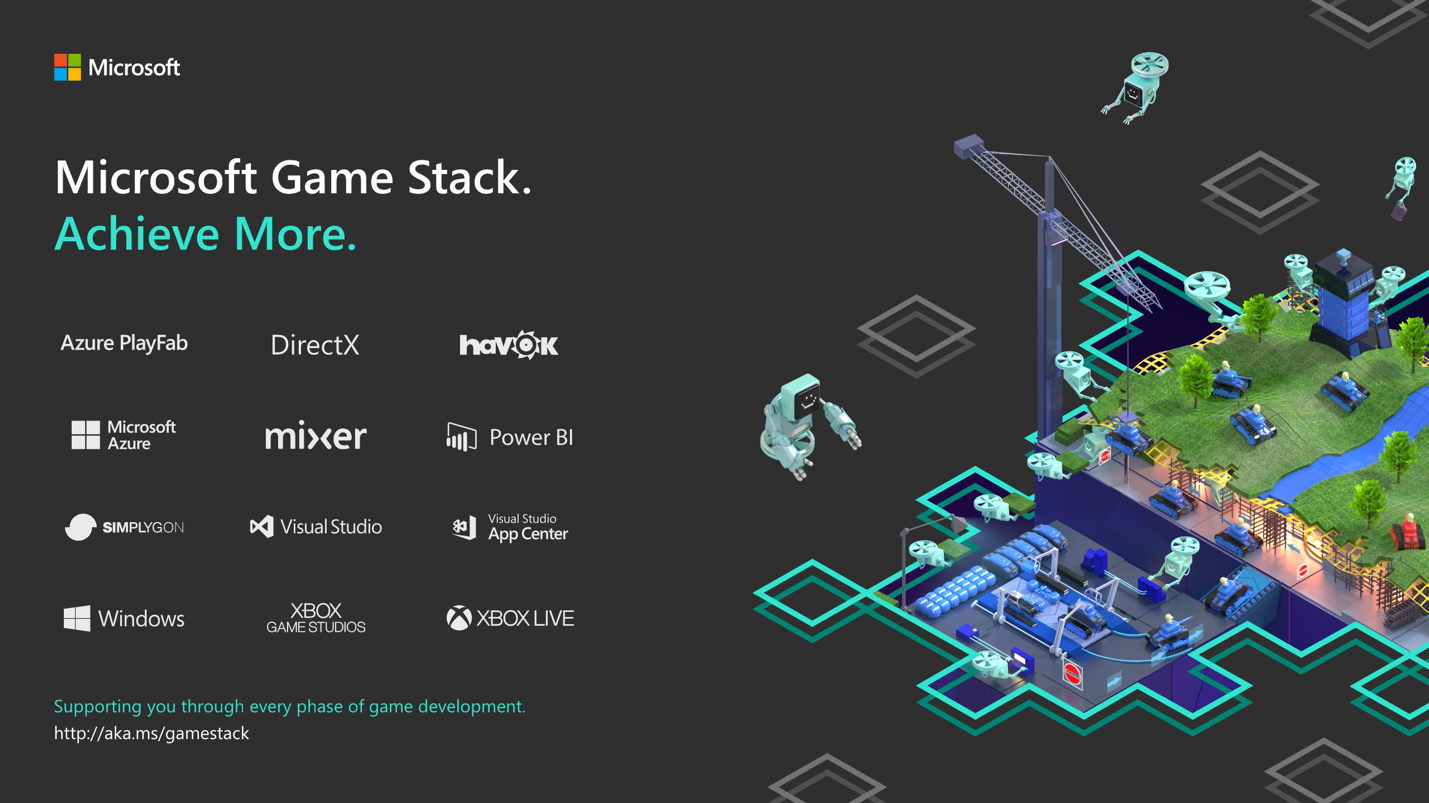 One of the core components of Game Stack is PlayFab, a backend service for building cloud-connected games, which now falls under the Azure family. Microsoft acquired the service early last year and it’s worth noting that it supports all major gaming platforms, ranging from the Xbox, PlayStation and Nintendo Switch to iOS, Android, PC and web.

With today’s announcement, Microsoft is launching a number of new PlayFab services, too. These include PlayFab Matchmaking, a matchmaking service the company adapted from Xbox Live matchmaking, but that’s now available to all developers and on all devices. This service is now in public preview. In private preview are PlayFab Party, a voice and chat service (also modeled after Xbox Party Chat), PlayFab Game insights for real-time game telemetry, PlayFab Pub Sub for pushing content updates, notifications and more to the game client, and PlayFab User Generated Content for allowing players to safely share content with each other.

So while Game Stack may feel more like a branding exercise, it’s clear that PlayFab is where Microsoft is really putting its money as it’s competing with Amazon and Google, both of which have recently put a lot of emphasis on game developers, too.

In addition to these announcements, Microsoft also today said that it is bringing an SDK for Xbox Live to iOS and Android devices so developers can integrate that service’s identity and community services into their games on those platforms, too.