Tia, the company that launched with an app providing health advice and period tracking for women, has launched its first clinic.

From its first location in New York, the two founders of Tia hope they can build a network of care facilities that integrate all of the information their app collects with the benefits of having in-person consultations with physicians that have a holistic view of their patients’ health.

Witte and Yost met a decade ago in college and remained friends ever since. It was when Witte had to diagnose herself with polycystic ovarian syndrome (PCOS), a condition that affects nearly one in 10 women, that she first realized how broken the healthcare system was for more than half of the U.S. population.

“It’s one of those classic issues in healthcare that’s really difficult to diagnose… I spent three years seeing gynecologists, who were treating the symptom and failing to connect the dots,” Witte recalls. “I found myself at age 25 at a fertility specialist in NYC after I diagnosed myself on the internet… and got this really unfortunate diagnosis.”

As someone who worked at Google and had access to what was supposed to be the best healthcare services in the world, Witte realized there were significant gaps between the understanding of healthcare for men and women. “Here I am feeling completely alone and confused… that was the moment for me when I said there has to be a better way.”

Witte moved back to San Francisco and moved in with Yost and began working on what would become the Tia app.

Initially the app was focused on providing advice to women around sexual health and gynecological issues, eventually expanding to include a period tracker and other tools. Now, with the expansion into the clinical space, Tia’s founders see it as the culmination of their evolution as a company.

With that mission accomplished, the next step is to grow. 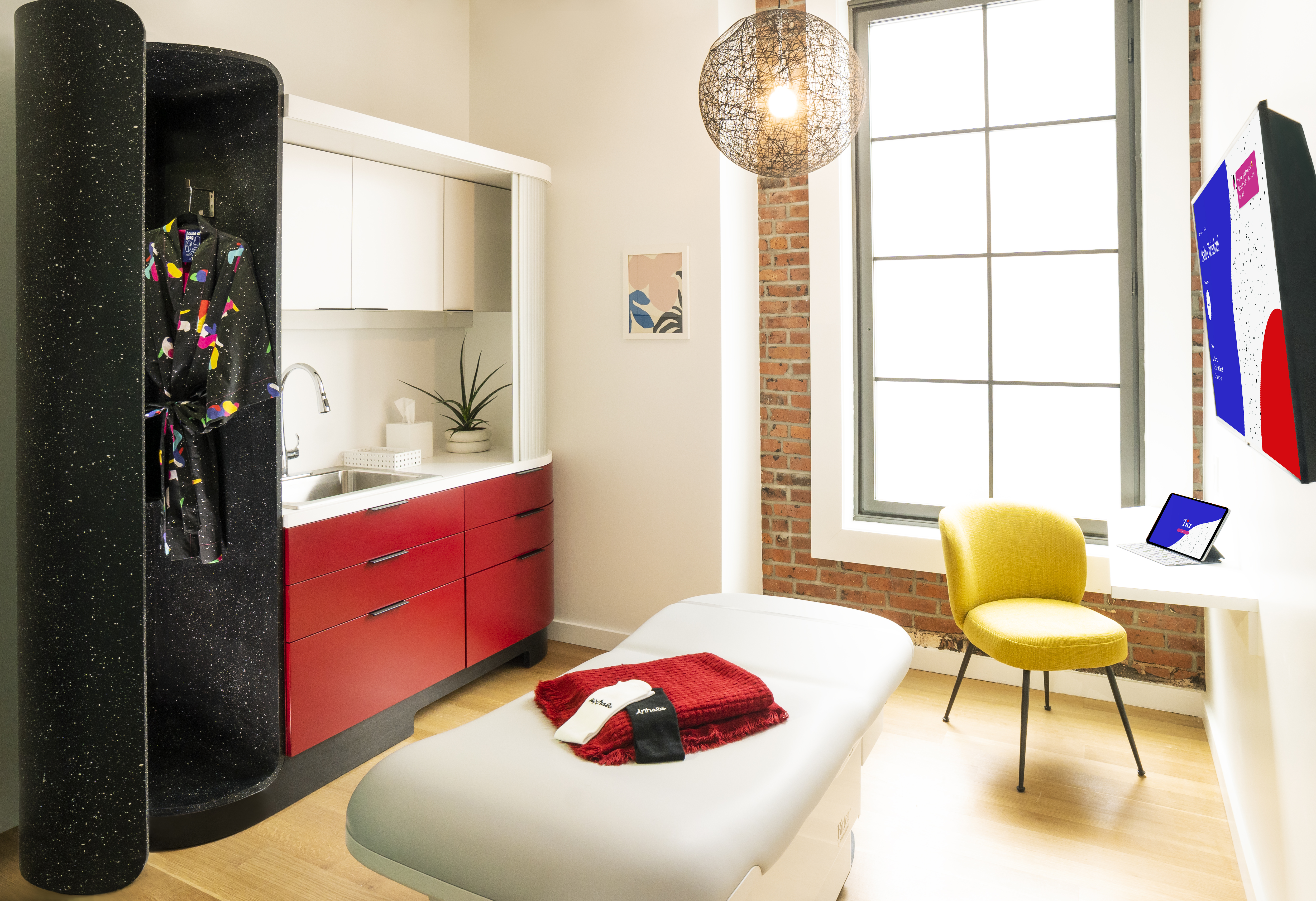 Growth at the kind of scale that Witte and Yost envision requires capital, which the two women have received in the form of $6 million in capital commitments from a slew of some of venture capital’s best investors, including John Doerr, Homebrew, Combine, Compound, Torch Capital, Canaan Partners and Define Ventures (Lynne Chou O’Keefe from Kleiner Perkins).

“Tia is a revolutionary company that is changing the way women view and access healthcare. Now, with the launch of the first Tia Clinic, they’re introducing a new model of women’s care that will shift the landscape with convenience, compassion, and personalization,” said Lynne Chou O’Keefe, in a statement.

That sentiment is bound up in the branding of the business. Although neither woman is Latinx, they called their company Tia after the Spanish word for aunt — which, can be expanded to include any trusted relationship among women (whether or not they’re actually related), according to Witte.

The decision to expand from an application into physical clinics was bound up in the use cases the two women saw when they launched their service. “We found very quickly after launching the product that women were hacking Tia and bringing their phones into their gynecologist’s office,” Witte says.

At the newly launched Tia clinic, which opens today at its first location in New York near Madison Square Park, the company is providing full-stack care delivery, including gynecological exams, primary care and wellness.

Treatment at the Tia Clinic is informed by the data that the company’s application collects on its users, both Witte and Yost say. Women can come to the clinic for services ranging from holistic annual exams to IUD insertions to treatment for chronic migraines, alongside more mundane services like flu shots and strep throat treatments.

If Tia users track their cycle and daily health and wellness through the app, that can be shared with their Tia Clinic physicians to inform care. The medical service at this point doesn’t integrate other period-tracking apps into its health data.

At the center of Tia’s clinical care is the notion that the menstrual cycle is broadly associated with physiological and emotional manifestations that can inform and effect treatment.

Tia isn’t the only company that is trying to bring information and data specific to women’s health into a clinical setting. In Oakland, NextGen Jane is using tampons and a diagnostics kit to sample and diagnose severe health problems, like endometriosis.

And investors are pouring money into period-tracking and fertility apps and services around the country and around the world.

As we wrote earlier this month:

Femtech, a term coined by Ida Tin,  the founder of another period and ovulation-tracking app Clue, is defined as any software, diagnostics, products and services that leverage technology to improve women’s health. Femtech, and more specifically the businesses in the fertility and contraception lanes, hasn’t made headlines as often as AI or blockchain technology has, for example. Probably because companies in the sector haven’t closed as many notable venture deals. That’s changing.

The global fertility services market is expected to exceed $21 billion by 2020, according to Technavio. Meanwhile, private investment in the femtech space surpassed $400 million in 2018 after reaching a high of $354 million the previous year, per data collected from PitchBook and Crunchbase. This year already several companies have inked venture deals, including men’s fertility business Dadi and Extend Fertility, which helps women freeze their eggs.

“In the last three to six months, it feels like investor interest has gone through the roof,” Jake Anderson-Bialis, co-founder of FertilityIQ and a former investor at Sequoia Capital, told TechCrunch. “It’s three to four emails a day; people are coming out of the woodwork. It feels like somebody shook the snow globe here and it just hasn’t stopped for months now.”

For Tia, the benefits of understanding menstrual health extend far beyond fertility.

“Women’s health is cyclic and changes every single day of a woman’s cycle,” says Yost. With that said, the company is only just now starting to do clinical research to test the validity of its thesis. “For us to be able to do any sort of clinical research on women is very, very challenging,” says Yost. “All of these things can take a really long time because it takes so much information to diagnose.”

For investors like Homebrew’s Hunter Walk, companies like Tia sit at the intersection of a few promising trends — but the investment was driven by the passion the founders expressed for the mission they were on.

“Women and specifically millennial women and younger are increasingly becoming targeted by venture-backed companies,” says Walk. “For years and years and years that audience was unrecognized and underserved… [But with Tia] what we saw was a checkbox on the founders and their abilities. They checked the box on the audience… and because they were going not just with generic women’s health but cycle-targeted women’s care, we thought that was the right and differentiated approach thinking about healthcare for women.”