It’s obviously important to Australians to make sure their koala population is closely tracked — but how can you do so when the suckers live in forests and climb trees all the time? With drones and AI, of course.

A new project from Queensland University of Technology combines some well-known techniques in a new way to help keep an eye on wild populations of the famous and soft marsupials. They used a drone equipped with a heat-sensing camera, then ran the footage through a deep learning model trained to look for koala-like heat signatures.

It’s similar in some ways to an earlier project from QUT in which dugongs — endangered sea cows — were counted along the shore via aerial imagery and machine learning. But this is considerably harder. 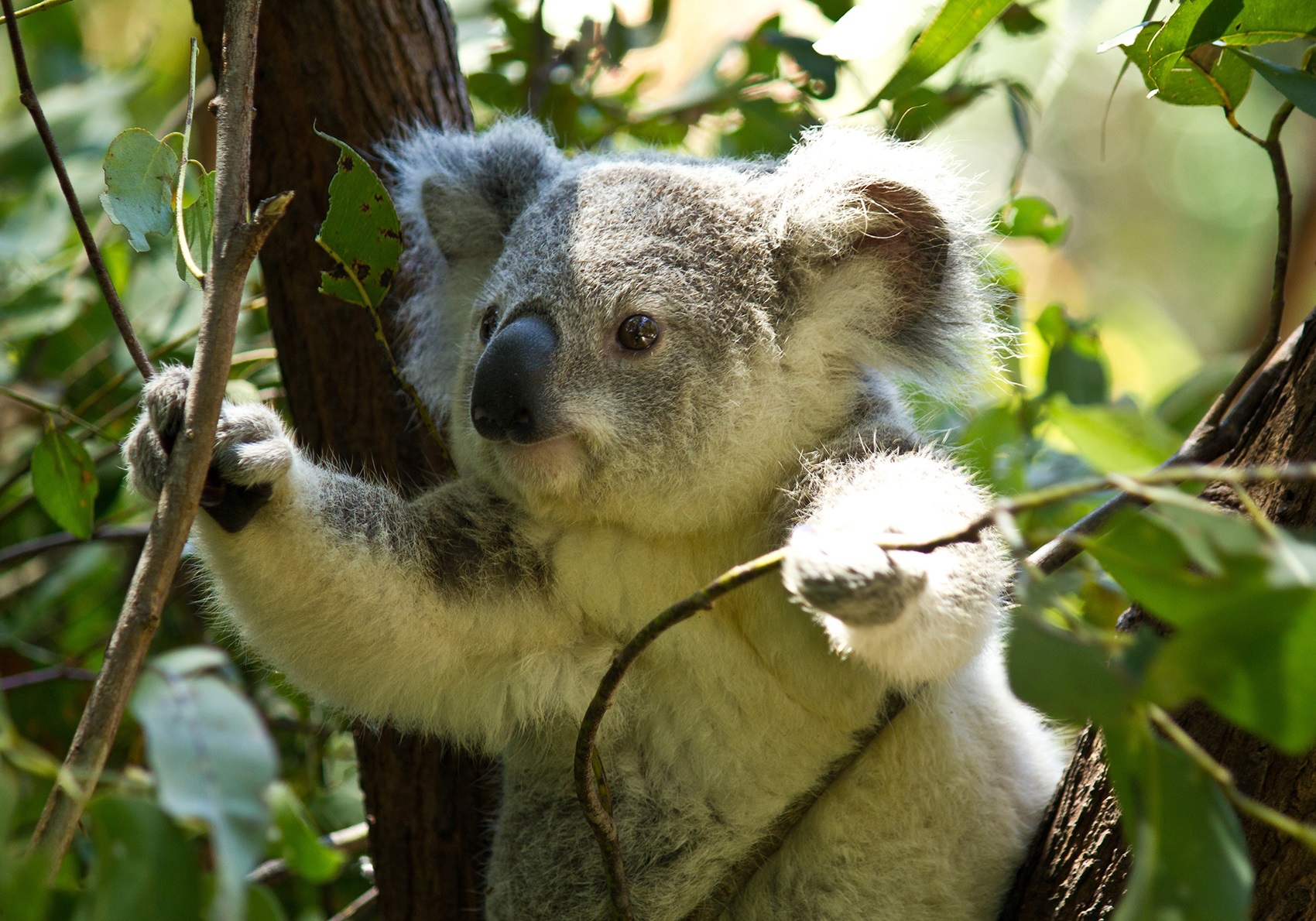 “A seal on a beach is a very different thing to a koala in a tree,” said study co-author Grant Hamilton in a news release, perhaps choosing not to use dugongs as an example because comparatively few know what one is.

“The complexity is part of the science here, which is really exciting,” he continued. “This is not just somebody counting animals with a drone, we’ve managed to do it in a very complex environment.”

The team sent their drone out in the early morning, when they expected to see the greatest contrast between the temperature of the air (cool) and tree-bound koalas (warm and furry). It traveled as if it was a lawnmower trimming the tops of the trees, collecting data from a large area.

Infrared image, left, and output of the neural network highlighting areas of interest

This footage was then put through a deep learning system trained to recognize the size and intensity of the heat put out by a koala, while ignoring other objects and animals like cars and kangaroos.

For these initial tests, the accuracy of the system was checked by comparing the inferred koala locations with ground truth measurements provided by GPS units on some animals and radio tags on others. Turns out the system found about 86 percent of the koalas in a given area, considerably better than an “expert koala spotter,” who rates about a 70. Not only that, but it’s a whole lot quicker.

“We cover in a couple of hours what it would take a human all day to do,” Hamilton said. But it won’t replace human spotters or ground teams. “There are places that people can’t go and there are places that drones can’t go. There are advantages and downsides to each one of these techniques, and we need to figure out the best way to put them all together. Koalas are facing extinction in large areas, and so are many other species, and there is no silver bullet.”

Having tested the system in one area of Queensland, the team is now going to head out and try it in other areas of the coast. Other classifiers are planned to be added as well, so other endangered or invasive species can be identified with similar ease.

Their paper was published today in the journal Nature Scientific Reports.