Andrew Erskine has developed his legal career along with the rise of the tech startup scene in Los Angeles. Today, as a partner at Orrick in its Santa Monica office, he works with companies large and small in the area and beyond.

“The way that I practice and the philosophy I have is that clients aren’t really coming to me with legal problems. They’re coming with business problems and we need to solve them with that context. It’s almost never an answer of, ‘This is the law, now go do what it is that the law says exactly what you need to do.’ It’s more of, ‘This is the way that your business works and how I understand it, and these are the rules that are set out for you to follow and you need to think about how to follow them.’”

“Andrew provides the same level of effort, expertise and professionalism when I was a pre-seed company with no capital as he did when we had raised $100 million.” Brian Thomas, Los Angeles, co-founder, Clutter

“The LA community has gotten to a point where it’s sophisticated and it’s significant. It’s one of the largest communities in the world, but we still need to be doing what we can to protect it and support it and help it grow further. It’s because we touch so many early-stage companies and, obviously, we have a lot of communication with early-stage investors and as you go up the chain, mid-late stage as well, a lot of it is also just trying to make sure that people are being connected the way that they need to be.

“I spend a lot of time just trying to put people in touch with each other, including a lot of people that are not my clients — I don’t do any work for them. They’re just people that I know in the community and we’ve become friends and I’m trying to make sure that what they’re trying to do is growing at the same rate.”

“We’ve had acquisitions in the ten figures in recent years where people were coming out of the woodwork at the very last minute saying, ‘Hey, I own a piece of this company.’ And it was just something that founders never really thought to raise and then of course you’re dealing with the huge issue at the most critical point in the company’s history. So, things like that will happen.

“A lot of that is just trying to get that out of founders that you start working with, the stuff that you see in your experience can come back to really bite people, you just ask them day one, right away. ‘Hey, are there skeletons in the closet? Because if there are…’ ” 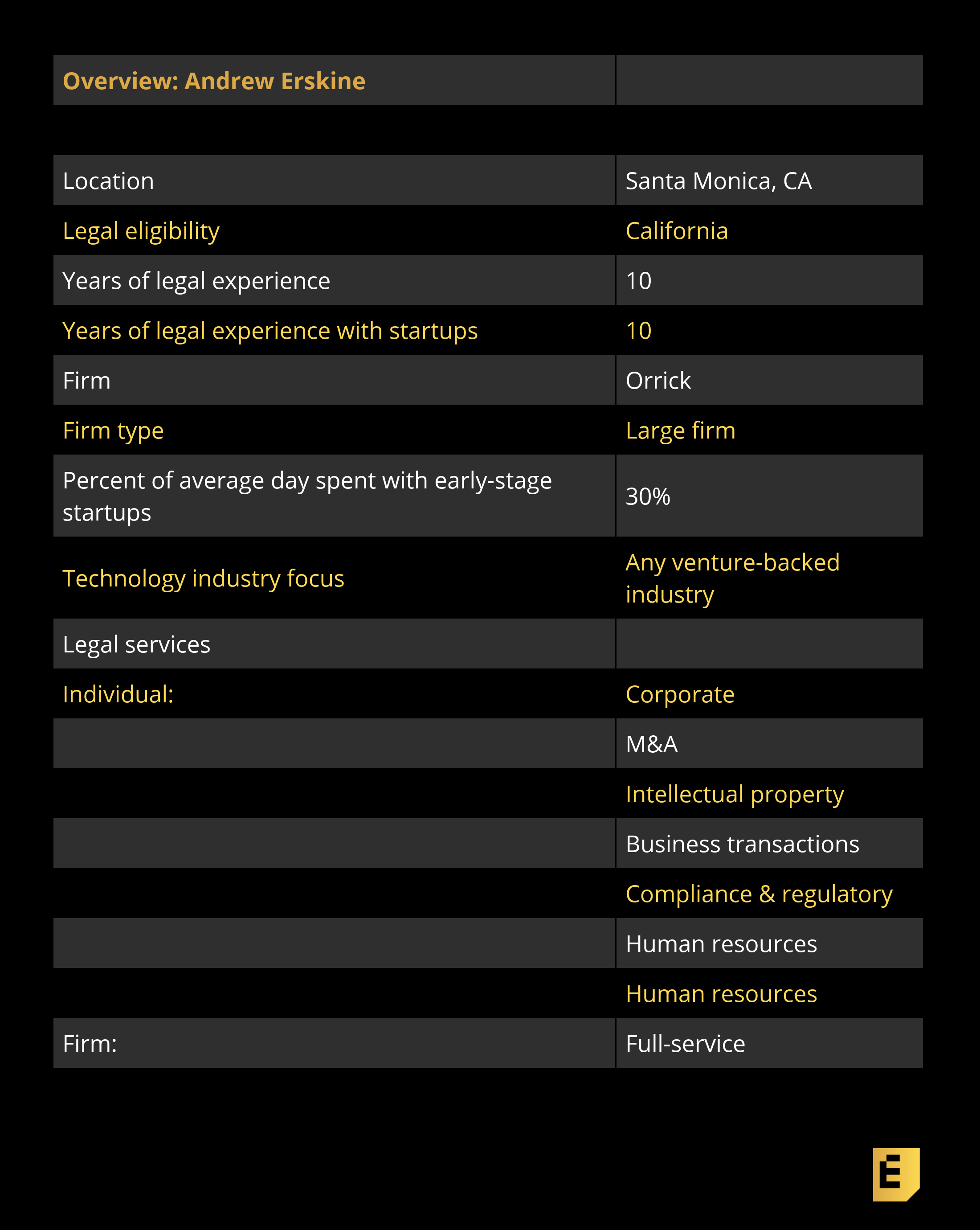 Below, you’ll find the rest of the founder reviews, the full interview and more details like their pricing and fee structures.

This article is part of our ongoing series covering the early-stage startup lawyers who founders love to work with, based on this survey (which we’re keeping open for more recommendations) and our own research. If you’re a founder trying to navigate the early-stage legal landmines, be sure to check out our growing set of in-depth articles, like this checklist of what you need to get done on the corporate side in your first years as a company. 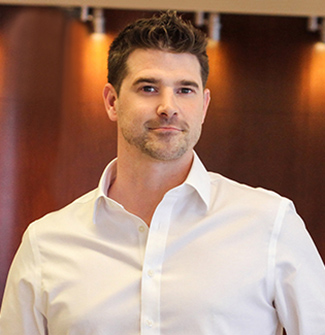 Eric Eldon: How did you get involved with tech companies and startups?

Andrew Erskine: I was a summer associate over here in LA and a bunch of outside groups would come talk about what they do. There was like one guy in the city working with startups and he came in and explained what he did and that was it. I heard him and I was like, ‘That’s what I want to do. Period.’ Just the way that he described what he was doing, the level of contact that he had with the people that are making decisions at these companies, the actual founders and lead investors, and the ability to not just be providing purely legal advice, but really trying to help these companies grow and build a vessel around them, giving them business advice, personal advice, whatever it is. It just sounded so much more fascinating than the idea of being one out of 100 on a deal and I just decided that I had to do it and it turned out really exactly how I hoped it would.

Eric Eldon: Can you just tell me more about how you see a lawyer playing a role in developing a tech startup ecosystem?