News media company theSkimm is delving further into podcasting, with the launch of its first daily news podcast called Skimm This, set to launch on March 4. Similar to how theSkimm’s morning newsletter helps people keep up with the latest goings-on in the world, the new podcast also aims to help readers quickly understand the news of the day.

However, Skimm This will be different from other news podcasts currently on the market, the company says.

For starters, it will be released in the evenings — Monday through Friday at 5 PM — in order to reach people hitting the gym after work, commuters on their way home, or those who like to listen to podcasts during dinner prep, among others.

And, it will not be a round-up of the day’s headlines, like other news podcasts.

Instead, Skimm This will focus on around four stories in total over the course of about 10 minutes. The top story will always be a national or international subject, and the podcast’s goal will be to provide more context and clarity around this story to help listeners understand why it’s important. 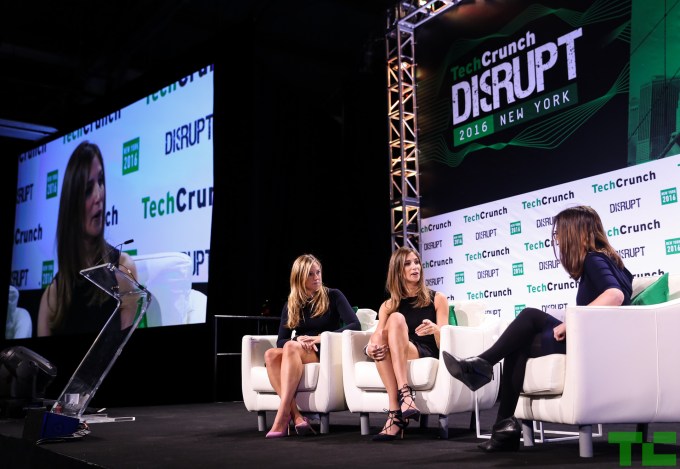 In addition, the company positions itself as a nonpartisan news source that only delivers facts, not opinions. More than half its audience said that’s what they wanted from a podcast, along with making the news relatable and easier to understand, the company notes.

Plus, theSkimm’s own data indicated that one-quarter (24 percent) of its female millennial users use podcasts to listen to news, and among those who do, 60 percent listen every day.

This isn’t the first podcast to launch from theSkimm. In February 2018, it launched Skimm’d from the Couch, a weekly podcast series where theSkimm’s co-founders and co-CEOs Carly Zakin and Danielle Weisberg interview female leaders — like Arianna Huffington, Taraji P. Henson, Whitney Wolfe, Katrina Lake, Reshma Saujani, Martha Stewart and Hoda Kotb — about their path to success.

The company also previously invested in other media programming, including Skimm’d with… and Get Off the Couch for Facebook, and digital series Sip n’ Skimm.

But with Skimm This, the company is making a play to become more of a part of users’ daily routines — one which begins in the morning with the daily email newsletter that now reaches 7 million+ readers, continues throughout the day through theSkimm app calendar integration (which reminds you of important events) and now concludes in the evening with Skimm This.

TheSkimm says it’s working with podcast and media company Cadence13 on Skimm This, and will distribute it to Apple Podcasts, Google Play and Google’s Android app, Stitcher, TuneIn, Spotify, iHeart and Radio.com.

There will also be a “flash briefing” version of Skimm This available at launch, where it will join the existing Daily Skimm briefing available on Alexa and Google Home.

The podcasting expansion comes at time when theSkimm’s growth for its newsletter business appears to have leveled off. Last May, when the company reported its $12 million Series C funding round with big names like Shonda Rhimes and Tyra Banks attached, it said its daily newsletter reached around 7 million subscribers. That’s roughly the same figure it’s reporting today.

The power of those readers is notable, though.

Since announcing the launch of Skimm This in today’s morning newsletter, the new podcast’s trailer shot to No. 1 on iTunes’ charts, in the News & Politics section (according to Podbay.fm data.)

Below is the trailer for Skimm This:

Update, 4/3/19: Following the launch, theSkimm says the podcast launched at No. 1 in the news and politics category on iTunes, and listeners are averaging 40 minutes per device per week – equal to 4 out of 5 episodes.