At MWC Barcelona, Google today made a few announcements around its Assistant. A lot of these center around support for KaiOS, the operating system for low-end feature phones that Google invested in last year, and additional language support.

While KaiOS, which was born out of Mozilla’s failed FirefoxOS project, may be for the very low end of low-end phones, Google argues that it’s exactly these devices that can profit from have access to a voice-driven assistant, given that they often have smaller screens, too, that make typing a hassle. Google is now bringing the Assistant to these KaiOS devices for users in India, Indonesia, Mexico and Brazil. In addition, it’s also bringing Voice Typing to KaiOS to help user enter text using their voice. With this, KaiOS users can simply speak their queries and use the Assistant as a way to input all kinds of information. 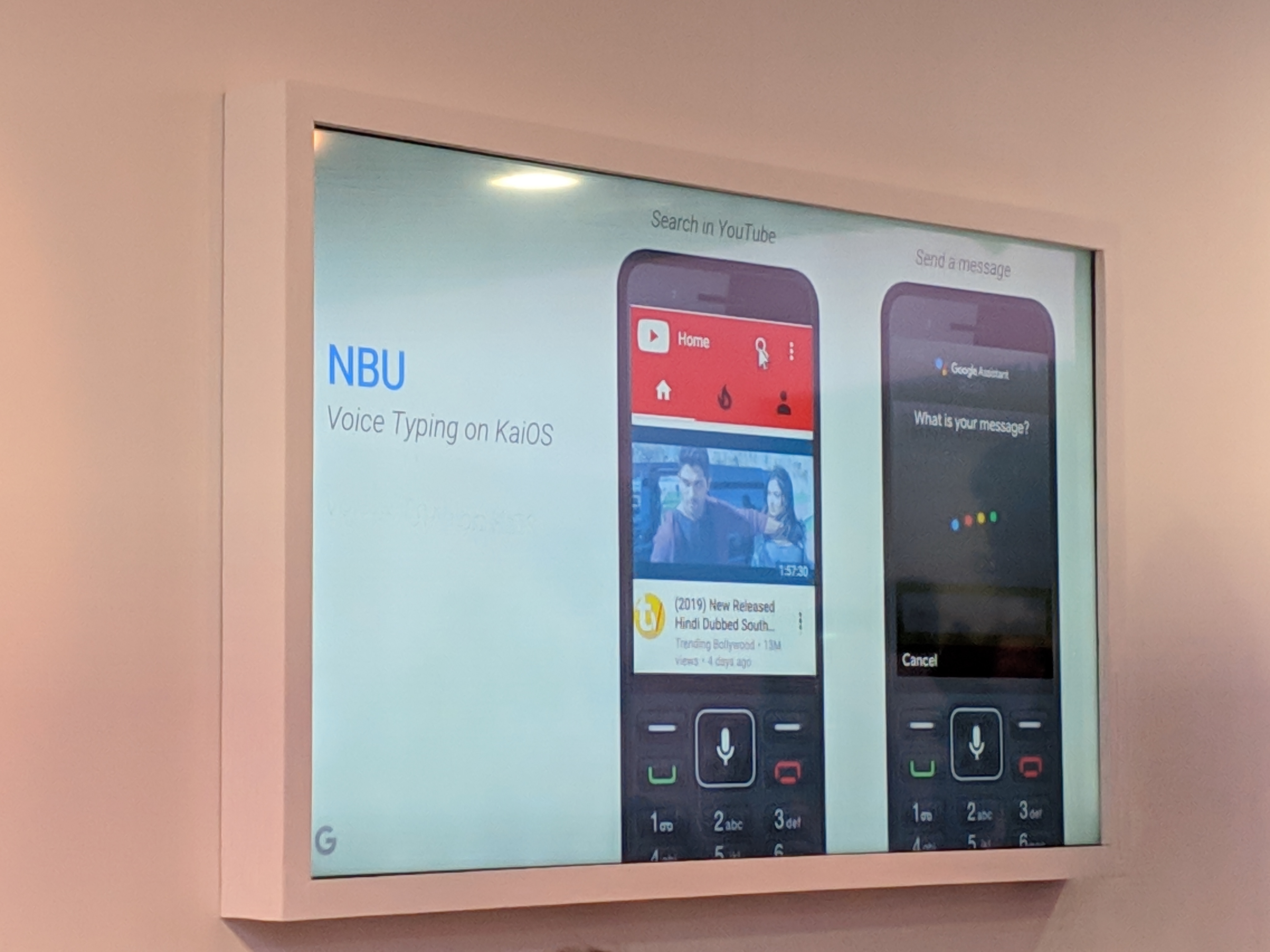 “If you look at the emerging markets, we’ve seen that the number of Assistant users has multiplied by seven,” Google’s Behshad Behzadi said. “The main reason for this is that for the new users which are coming to this technology for the first time, voice is really the easiest and most natural way for them to use their phones. It’s removing a technology barrier for these users.”

With today’s launch, Google is also bringing support for its bilingual Assistant to more languages. This allows you to seamlessly switch between two languages. Until now, this only worked for English, Spanish, German, French, Japanese and Italian. Today, the company is adding Korean, Hindi, Swedish, Norwegian, Danish and Dutch to this lineup.

Besides the new languages, Google is also bringing Actions — Google’s version of what Amazon calls skills in the Alex ecosystem — to Android Go and KaiOS. Developers can build these actions in 19 languages across 29 locales now.

Google also quietly launched a few other new Assistant features today. You can now check in to your Lufthansa, Swiss or Austrian Air flights within Europe using your voice, for example. The Assistant on your phone can now also control the Digital Wellbeing settings like your wind-down time and ‘do not disturb’ mode (in English, German and French). And if you speak German or French, then multiple actions — which allow you to tell the Assistant to perform more than one action at a time (“What’s the weather like in Munich and Bordeaux?”) — are now available to you, too. Until now, this feature was only available in English.